Our specimen from off Java could be referred to a species of the G. regalis   species complex as diagnosed by Komai (2004b), and is morphologically similar to G. smithii   Wood- Mason in Wood-Mason & Alcock, 1891, known from the Andaman Sea, and G. amblytes Komai, 2004b   from the western Indian Ocean, in the relatively weak intercarinal tubercles on the carapace and pleon, and the small anterior spine of the carapace posterior third carina ( Komai, 2004b; Komai & Chan, 2017). As outlined below, however, the present specimen is specifically distinct from G. smithii   and G. amblytes   . The supposed synonymy of G. juxtaculeata   with G. regalis   by Komai (2004b) can now be rejected because the presence or absence of the anterior spine of the carapace posterior third carina in the female has been clarified to be stable in certain species of Glyphocrangon   ( Komai, 2004b, 2011; Komai & Chan, 2013), although varying between male and female in some species: the holotype of G. juxtaculeata   has this spine, whereas the holotype of G. regalis   does not have such a spine ( Komai, 2004b). Considering the geographical point of view and the possession of a relatively small anterior spine of the carapace posterior third carina, the present specimen could be best assigned to G. juxtaculeata   .

( Fig. 4E View Fig ), while bifid with sharp apices in G. lowryi   ( Komai, 2004b: fig. 99); (5) the telson dorsolateral and ventrolateral margins are nearly smooth or only faintly tuberculate in G. juxtaculeata   ( Fig. 3E View Fig ), rather than strongly tuberculate in G. lowryi   ( Komai, 2004b: fig. 99). Furthermore, the colouration in the fresh condition is substantially different between the two. In G. juxtaculeata   , the overall body and appendages are generally orange ( Fig. 2 View Fig ). On the other hand, in G. lowryi   , the anterior part of the carapace, including the rostrum, antennae, and pereopods are scarlet; the carapace has a tinge of red on the dorsum, and whitish on the lateral sides; the pleon is entirely reddish except for the whitish pleomere 6 and telson ( Komai & Chan, 2013: fig. 3B).

The male specimen from the Sulu Sea, provisionally referred to G. juxtaculeata   by Chace (1984), is characterised by the sharply pointed, spiniform tubercles comprising the carapace first carina and the middorsal carinae on the pleomeres 2 and 3, which are strongly produced into acute teeth ( Chace, 1984: fig. 4). In these regards, it agrees with G. spinosissima Brand & Takeda, 1996   , originally described from the Sulu Sea ( Brand & Takeda, 1996; Komai, 2004b), and it is likely that the specimen might represent a juvenile of G. spinosissima   .

The identity of the juvenile specimen referred to as G. juxtaculeata   by Han & Li (2007) remains to be determined. 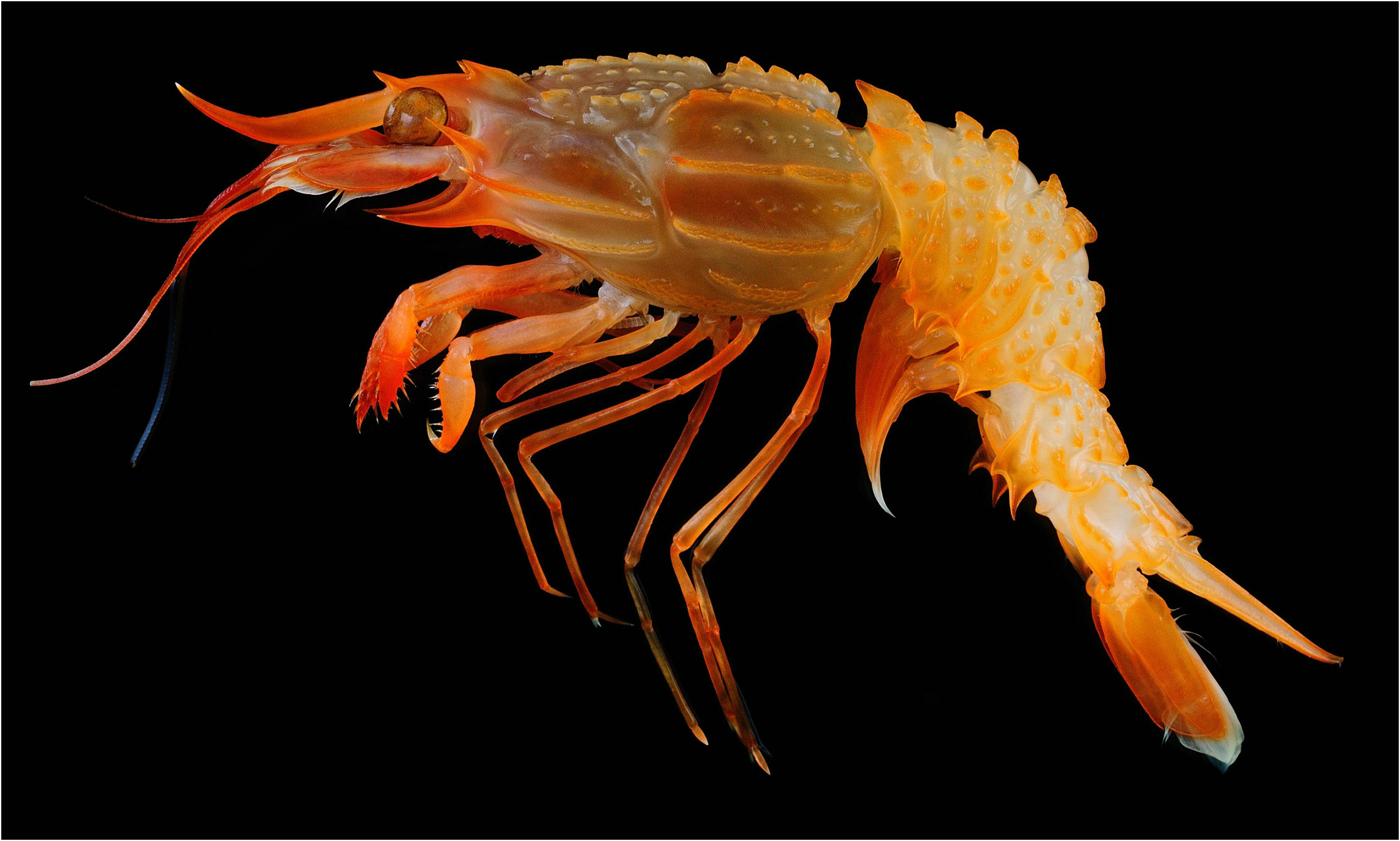