Etymology: The species name is taken from the name of the type locality, Youyi bridge between China and Nepal; adjective.

Diagnosis: The male of this species can be distinguished from other Prosoponoides species by the embolic base with a round apophysis nearby ( Fig. 7D View FIGURE 7 ) and the rectangular median part of tegulum ( Figs 6C View FIGURE 6 , 7B View FIGURE 7 ). The female of P. youyiensis n. sp. is similar to P. sinense in having semi-elliptical atrium with reduced septum, tube-shaped spermathecae located medially and closed with each other, but can it be distinguished by having the parmula almost as wide as long (strongly wider than long in P. sinense ) and by having spiraling copulatory ducts with about one and half coils (while P. sinense has two and half coils) ( Figs 5 View FIGURE 5 C–E, 6D, 6F–G, 8C–D).

Epigynum ( Figs 6D View FIGURE 6 , 8C View FIGURE 8 ): Atrium oval, divided into two openings by septum. Parmula half elliptical, arising from dorsal wall but without connecting with septum, with a small depression at its tip. Vulva ( Figs 6 View FIGURE 6 F–G, 8D): Vulva longer than wide; copulatory ducts started from the two atrium openings, with about one and half coils; fertilization duct without coils, directly running downwards from the spermatheca inside the spiral tracing of copulatory duct; spermathecae short, located medially, closed with each other. 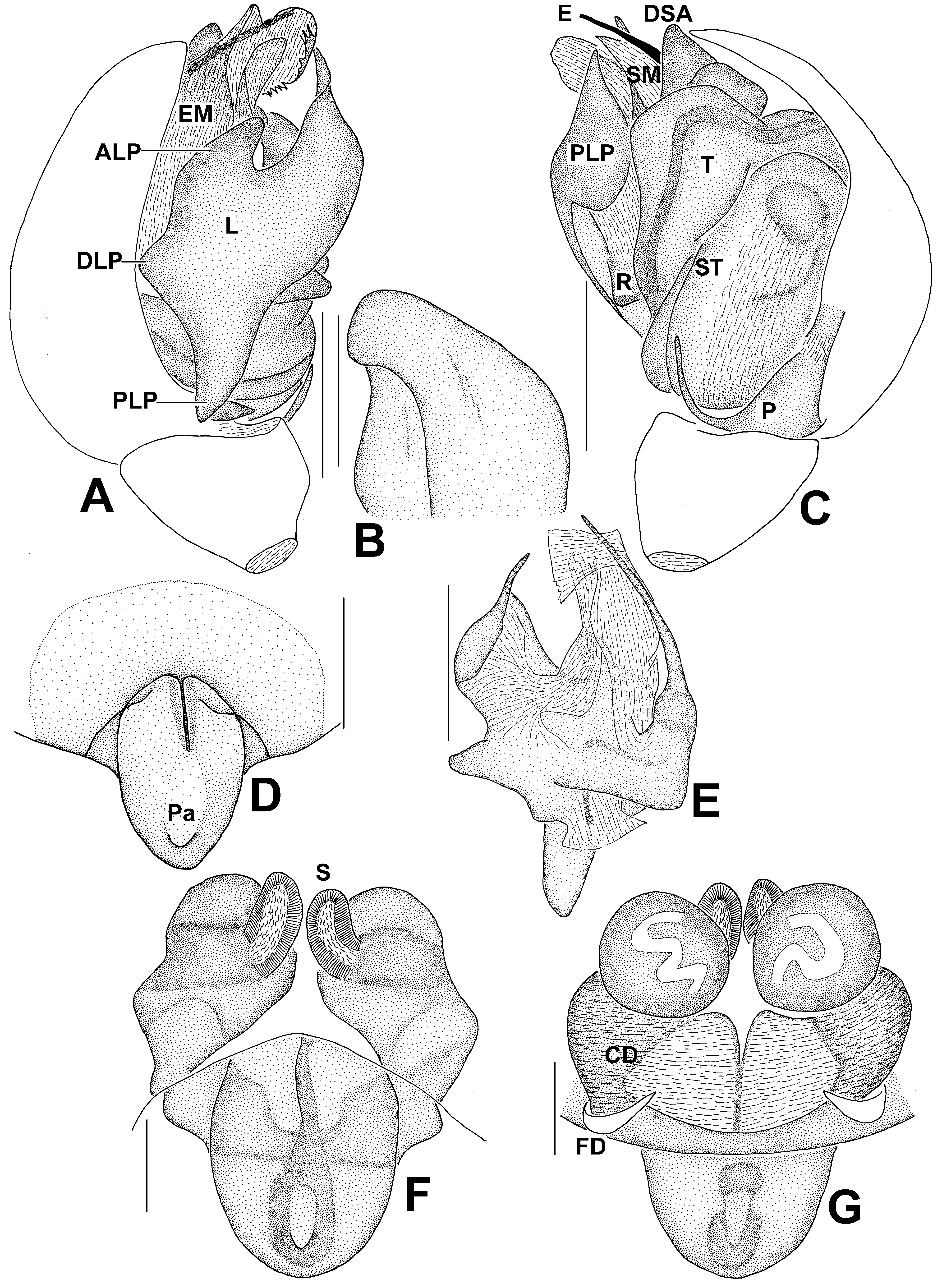 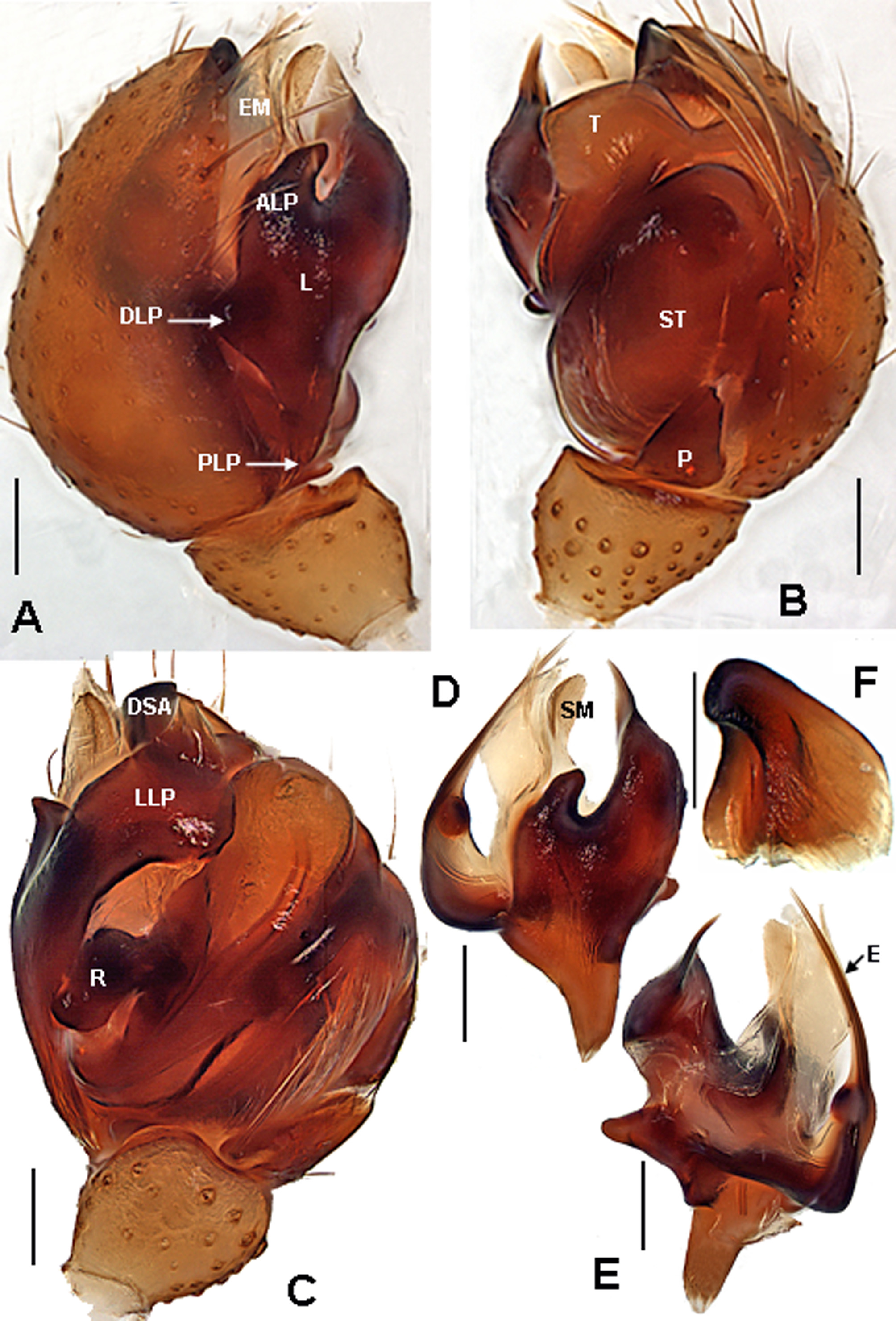