Egg: Dimensions: 150/110µm; micropyle: 10/6.5µm. Chorion entirely and regularly covered with relatively dense microgranules, KCT’s evenly distributed over the surface, but more concentrated and somewhat larger on one pole (about the third of the egg) ( Fig. 100 View FIGURES 100–103 ). Micropyle bordered with the same microgranules as surface ( Fig. 101 View FIGURES 100–103 ).

Etymology. From Michel Brulin ( France), the initiator and driving force of the inventory of mayflies in France. A man who, despite his vast knowledge, remains humble and amazed by the life of these insects.

Diagnosis. Nymph: general colouration contrasted, all femora with a large spot on the ventral face; two teeth on claws; 1 bristle (can miss) on ventral face of femora, near the outer margin; bristles of femora bluntly pointed; prostheca consisting in 5–7 bristles ( Fig. 42 View FIGURES40–51 ).

The nymph of Electrogena ozrensis (Tanasijevic, 1975)   has not yet been described. Nevertheless, samples and rearing were performed in April 2017 close to the type-locality in Tuzla ( Bosnia). On the basis of the original description, it was possible to link the reared imagines with E. ozrensis   , and then with the nymphs. This work being not a revision of the genus Electrogena   , we add only some elements allowing to separate Electrogena brulini   sp. nov. from the other cited species; essentially based on the present work and on the complete work of Belfiore (1997):

- the double large reddish and grey spot on the ventral face of femora has never been mentioned in European Electrogena   species. Nevertheless, this character should not be confused with other colourations that are common: E. affinis   usually with a single well- marked spot; E. lateralis   sometimes with a faint spot; E. quadrilineata   and E. ozrensis   with a similar double coloured spot, but the cuticular one more extended, reaching nearly the inner and the outer margins; E. ujhelyii   only with a variable cuticular colouration, a transverse distal band (can reach the apex), a longitudinal band on the inner margin, up to almost the whole face grey in dark populations.

- the absence of thin setae along the anterior margin of femora discriminates E. brulini   from E. affinis   .

- the presence of two teeth on the claws discriminates E. brulini   from E. lateralis   and E. lunaris   (one tooth) and generally from E. affinis   (usually three teeth).

- the regular and more or less symmetrical form of the expansions of the pronotum discriminates it from Electrogena braaschi (Sowa, 1984)   which has a unique form of expansions, extending forwards.

In nymph stage, E. brulini   can currently be discriminated from all other species except E. calabra   . As we had no fresh specimens and as the meristic and ratio characters are of no help to discriminate E. brulini   from E. calabra   in the nymph stage, the adults have to be compared to exclude a possible synonymy. In imagines, the very inconspicuous spots of the terga discriminate E. brulini   from E. calabra   which has, according to Bauernfeind & Soldan (2012) “Basolaterally a rounded dark reddish spot near the anterior border and a smaller dot near the posterior border of segments II–VIII”. In E. brulini   , the comparison of Figs 2 View FIGURES 2–21 /52 and 3/53 shows that the cuticular colouration is little conservative, but the comparison of Figs 22 View FIGURES 22–31 /54 and 23/55 shows that the epidermal lateral spots are more conservative. As we observed such characteristics in our rearing of different Electrogena   species, we can assume that it is true in E. calabra   too. In females, the comparison with the original description seems to indicate that the subgenital plate covers about ¾ of sternum VIII surface in E. calabra   (only about the half in E. brulini   ) and that the subanal plate does not taper to the apex in E. calabra   . This imaginal colouration, represented in Belfiore (1995) and the characteristics of the subgenital and subanal plates, exclude a synonymy. Nevertheless, a thorough study is needed to better separate the two species in both adult and nymph stages. 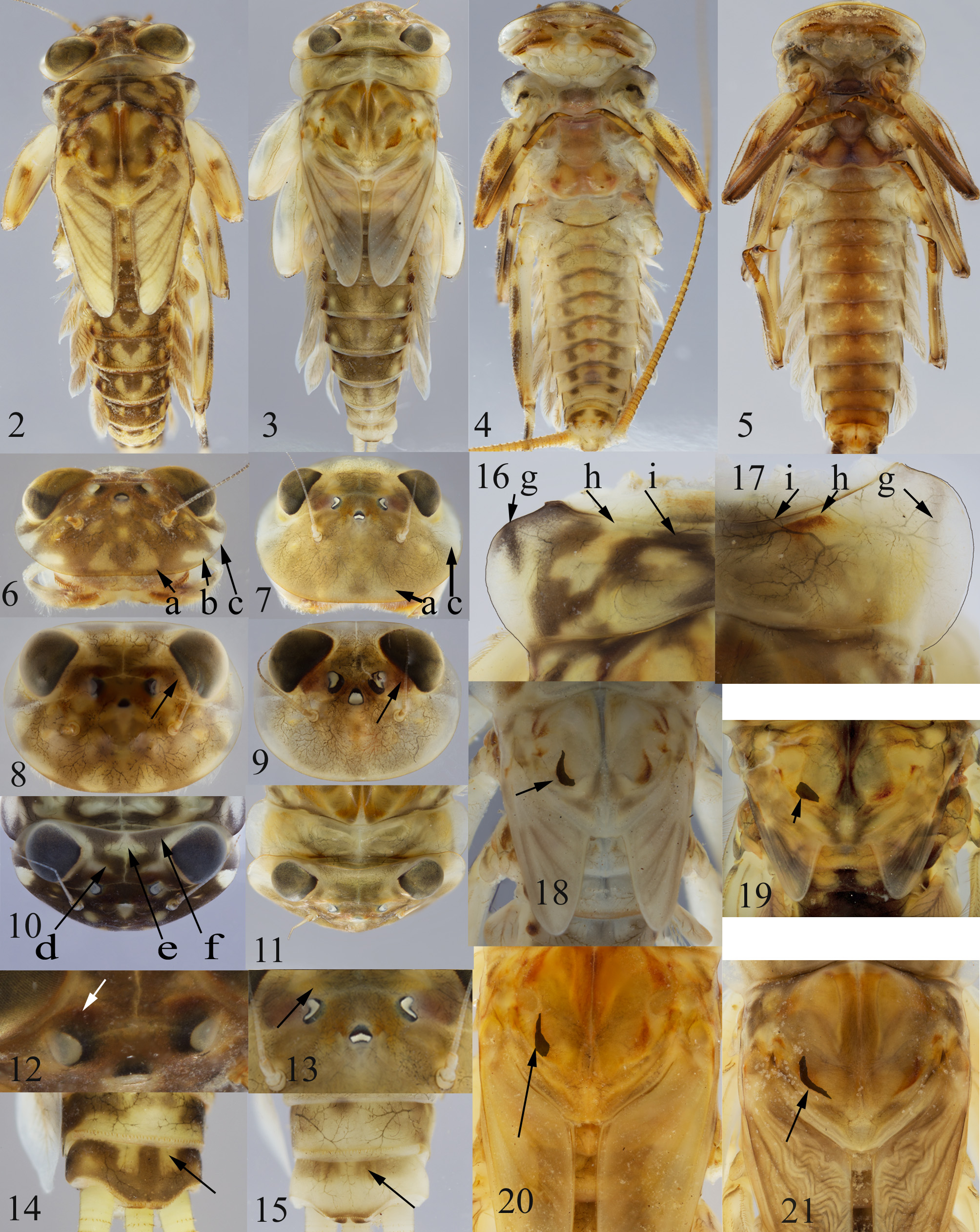 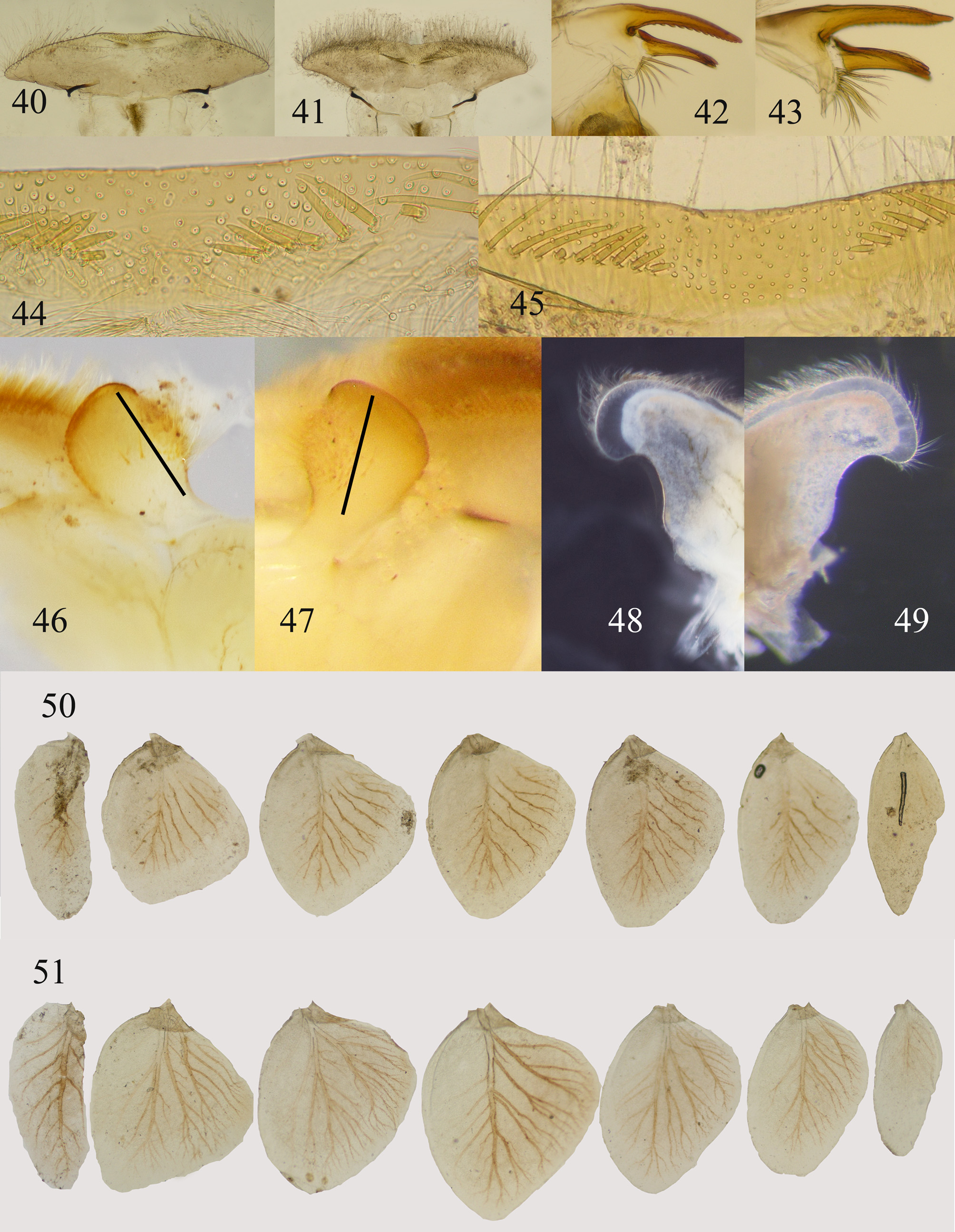 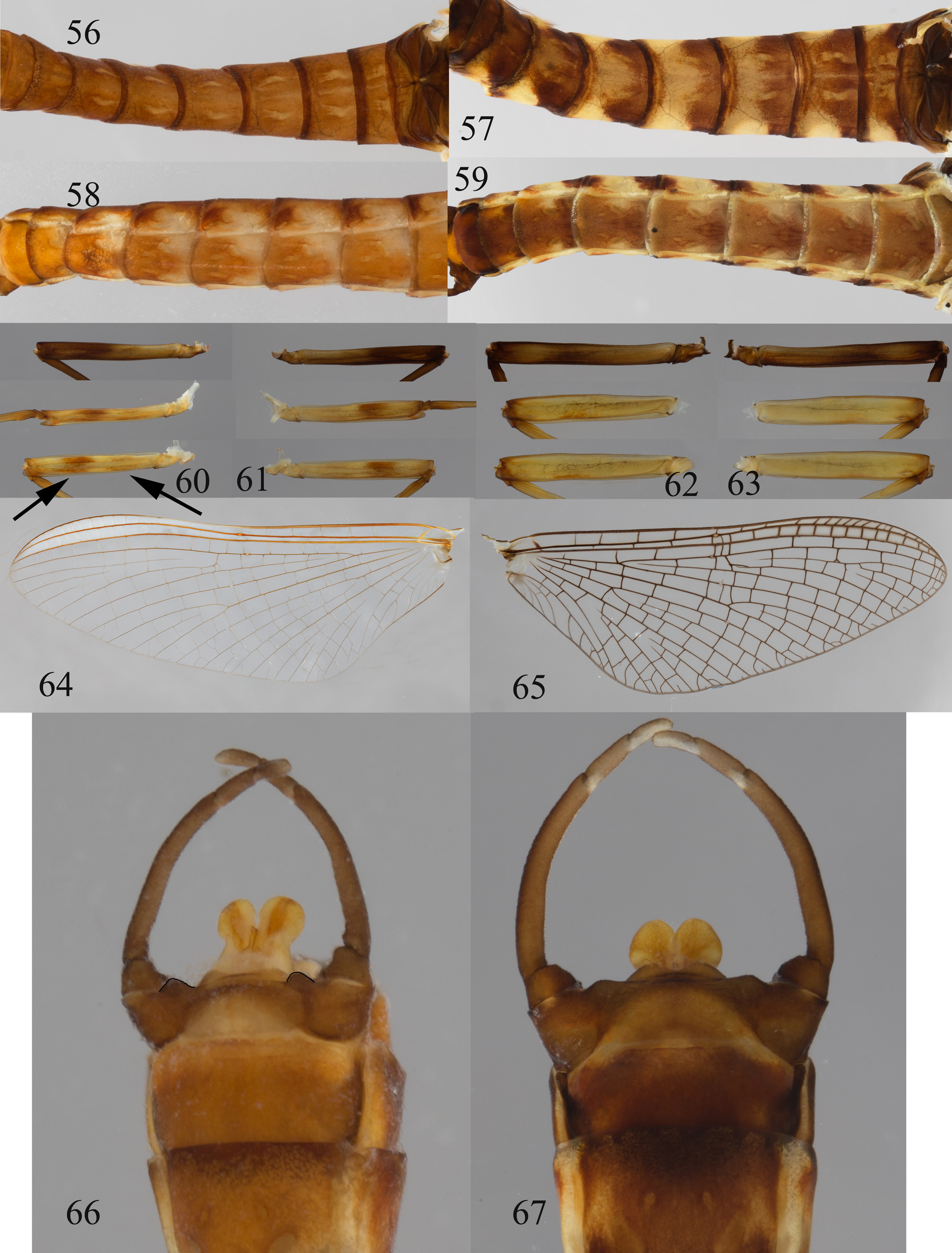 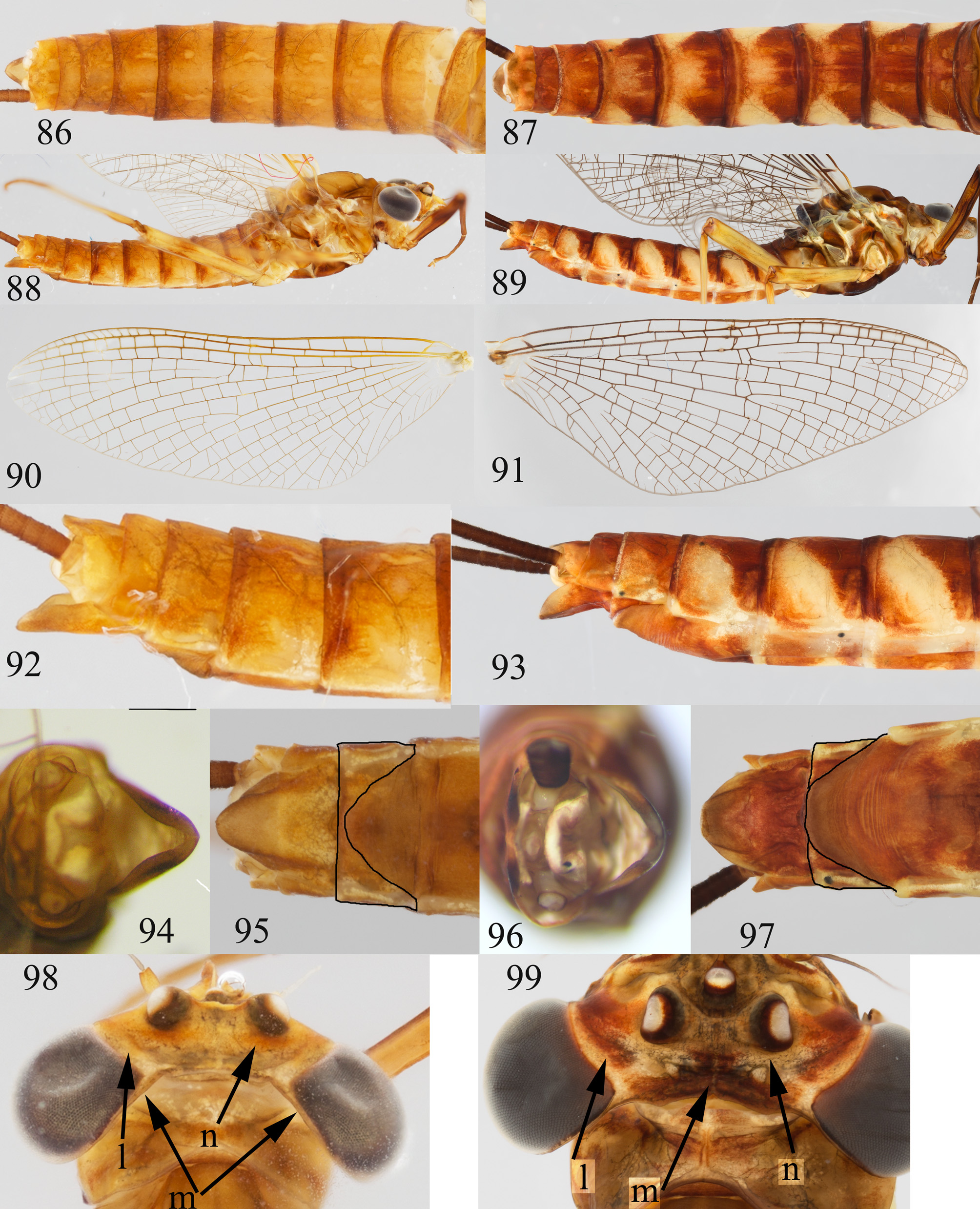