Etymology. The specific epithet is given in honor of Euripes Pedro dos Santos, known among his friends as “Santinho”. He is the owner of the farm where Lapa D’água do Zezé is located and was the person who lead the researchers to the cave.

Lapa D’Água do Zezé cave is labyrinthine with one horizontal entrance (main entrance, Fig. 17B View FIGURE 17 ) and at least two vertical entrances. The farmers installed a gravitational pump inside the cave to drag water for consumption and irrigation. The cave presents two distinct conditions regarding the presence of water: the first is the only accessible part of the water table, corresponding to a narrow passage in the base of a diaclasis, close to a vertical entrance of the cave. In this place, a troglobitic amphipod, Spelaeogammarus uai Bastos-Pereira & Ferreira, 2017 ( Bastos-Pereira & Ferreira 2017) is easily observed, although no Xangoniscus were found during many visits to the cave. The second area comprises a very small drainage, which is apparently formed by the overflow of the water table. This drainage trespasses part of the cave and is partially altered by human activities. The farmers periodically remove the deposited sediment that could prevent the water to flow out, and some trunks were disposed in the floor to favor the water flow ( Fig. 18C, D View FIGURE 18 ). In this area, dozens of X. santinhoi n. sp. were found, and during several visits to the cave, only one amphipod was observed (they probably avoid this area due to the water flow). Although this small stream is altered by human activities, such interventions occur with low frequency (once in a year, according to the farmer), so it does not seem to have impacts to the cave communities, especially considering that a great part of the populations may be associated with inaccessible areas of the water table. Some physical and chemical parameters of the water were measured during one of the visits to the cave (January 2015): dissolved oxygen 3.46 mg /L, temperature 25.35ºC, pH 8.45, electrical conductivity 0.565 μS/cm, total dissolved solids 0.359 g /L.

The second cave where specimens of X. santinhoi n. sp. were found (Lapa D’Água do João Ferreira cave) presents a single conduit of around 150 meters of horizontal projection, which is trespassed by a perennial stream in its final portion. Although the cave entrance is dry ( Fig. 18E View FIGURE 18 ), the deeper portions of the cave presents high humidity. The farmers also drain the cave water gravitationally, which is used for consumption and for crop irrigation. However, since they do not use pumps, the impact of water drainage seems to be weak. Specimens of X. santinhoi n. sp. were observed in ponds formed by this drainage in deeper areas of the cave ( Fig. 18F, G View FIGURE 18 ). Water parameters were not measured in this cave.

Although other caves with water bodies have been visited in the same region, Xangoniscus species were only found in other two caves ( X. odara in Lapa do Cipó cave and X. itacarambiensis in Olhos d’água cave). Lapa D’Água do Zezé and Lapa D’Água do João Ferreira caves are not far from these caves. The distance between the Lapa D’Água do João Ferreira to those caves are 8.4 km and 12.2 km in straight line, respectively. However, the regional topography indicates some potential discontinuities in the limestone outcrops between the area of Lapa D’Água do João Ferreira and the other caves where X. aganju and X. itacarambiensis occur (with clear signs of drainages between both areas). Furthermore, the flow direction of underground streams in each area are opposite: the stream flow in the Olhos D’água cave is WSW-ENE and in the Lapa do Cipó cave is WNW-ESE, while that in the Lapa D’Água do João Ferreira cave flows ENE-WSW (i.e., in the opposite direction of the stream in Olhos D’água cave) ( Fig. 20 View FIGURE 20 ). This condition may indicate that such systems were formed by distinct drainages being supported by distinct flows. Accordingly, these conditions seem to prevent migrations among the systems, what led to speciation. 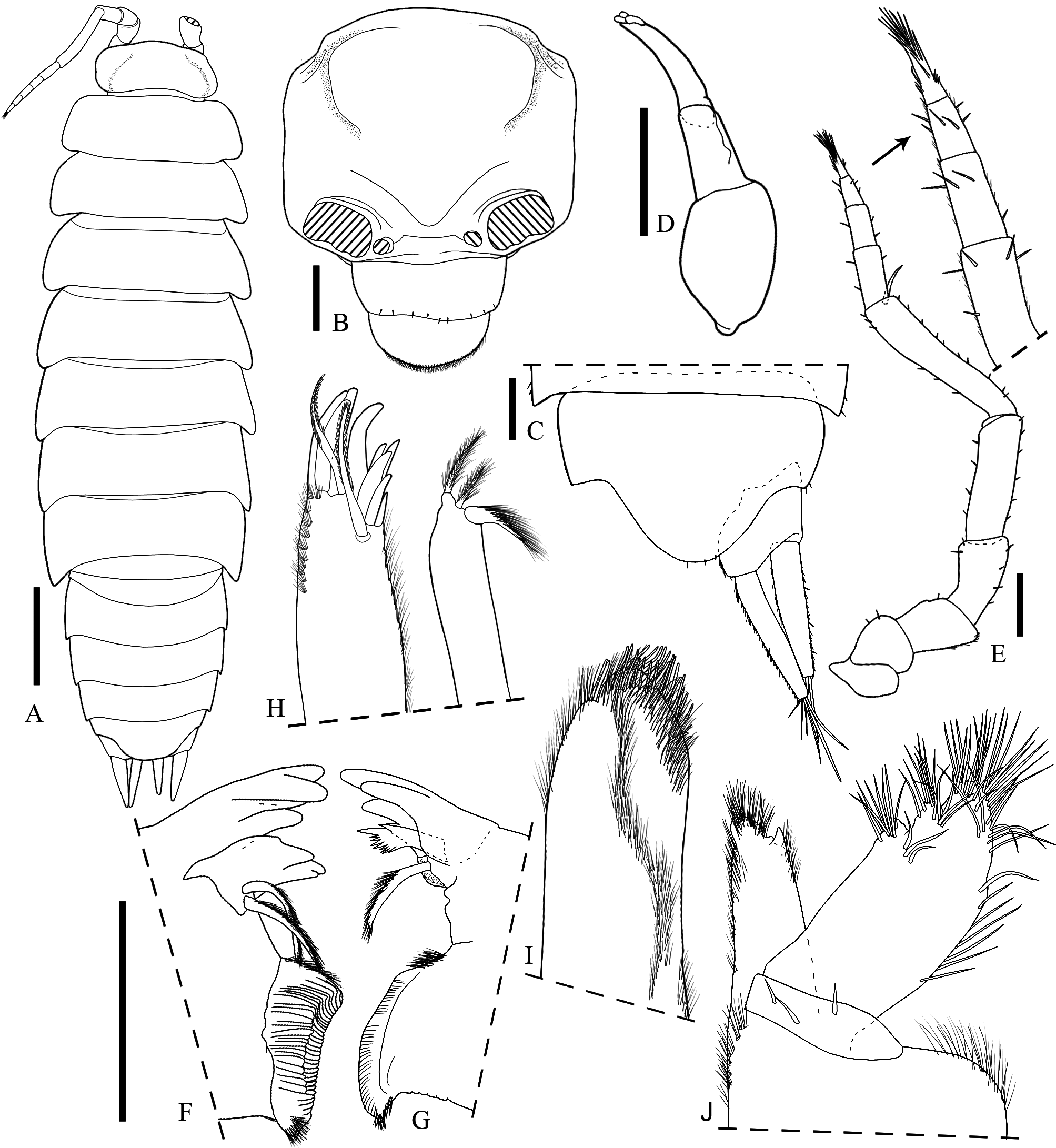 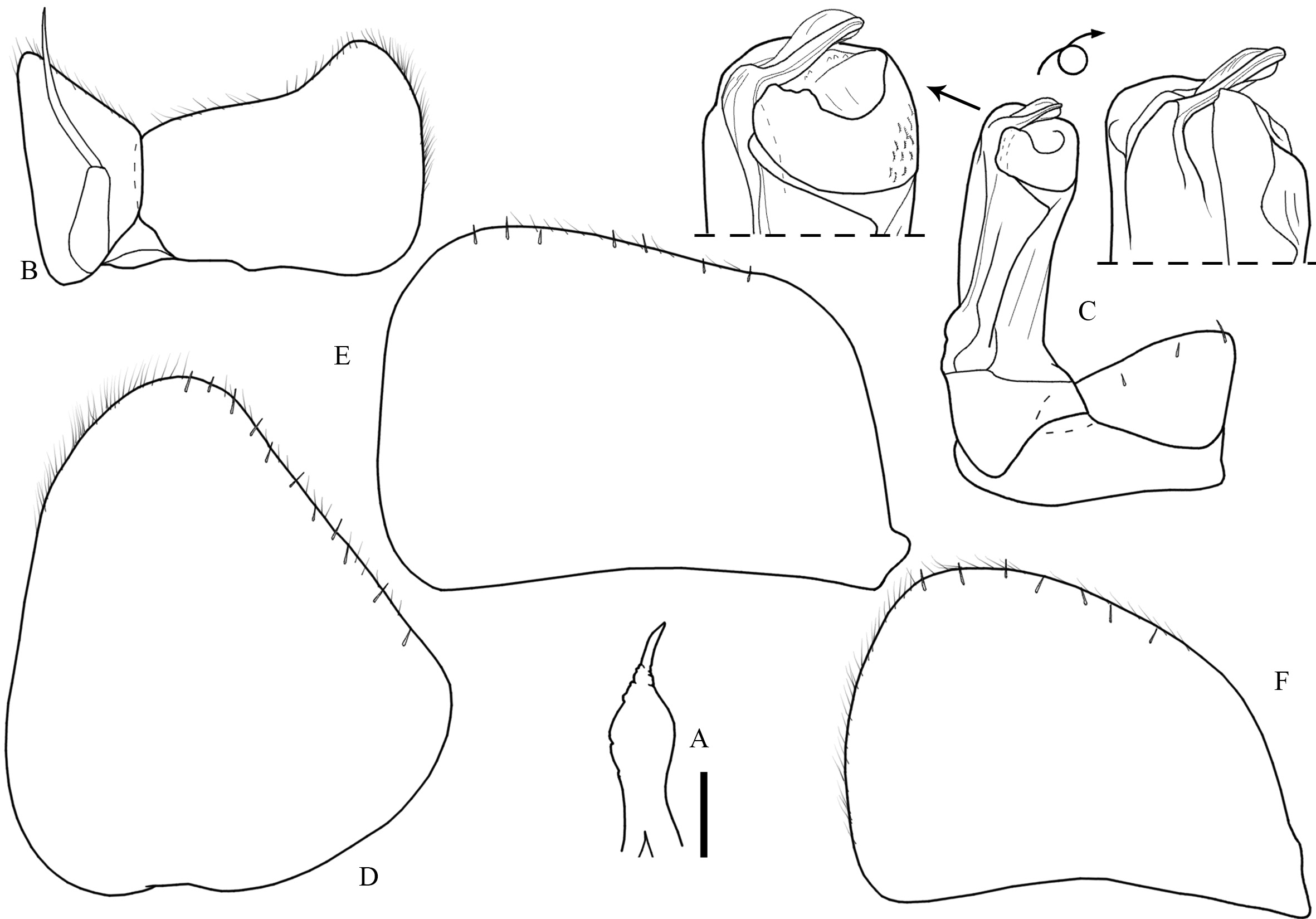 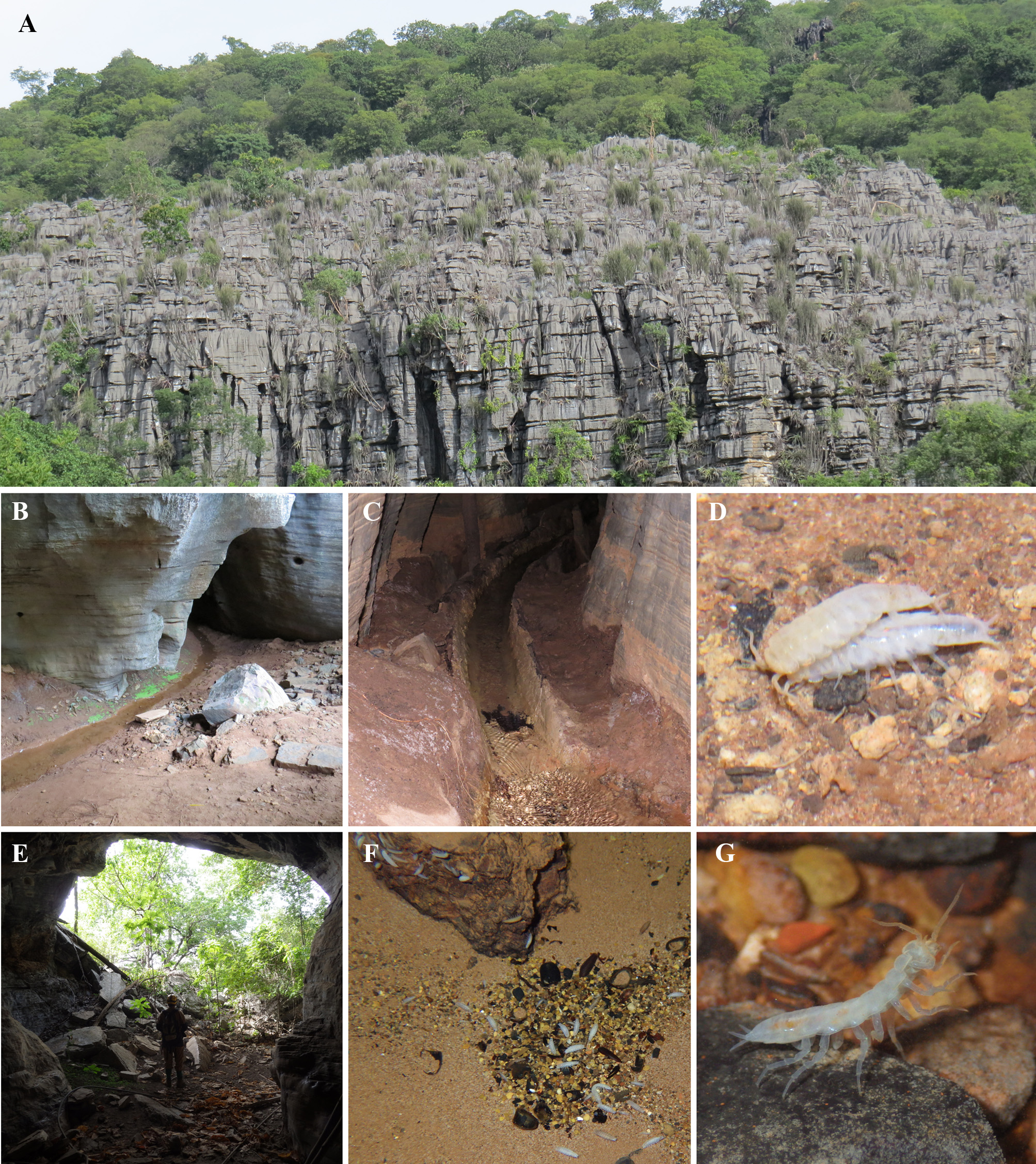 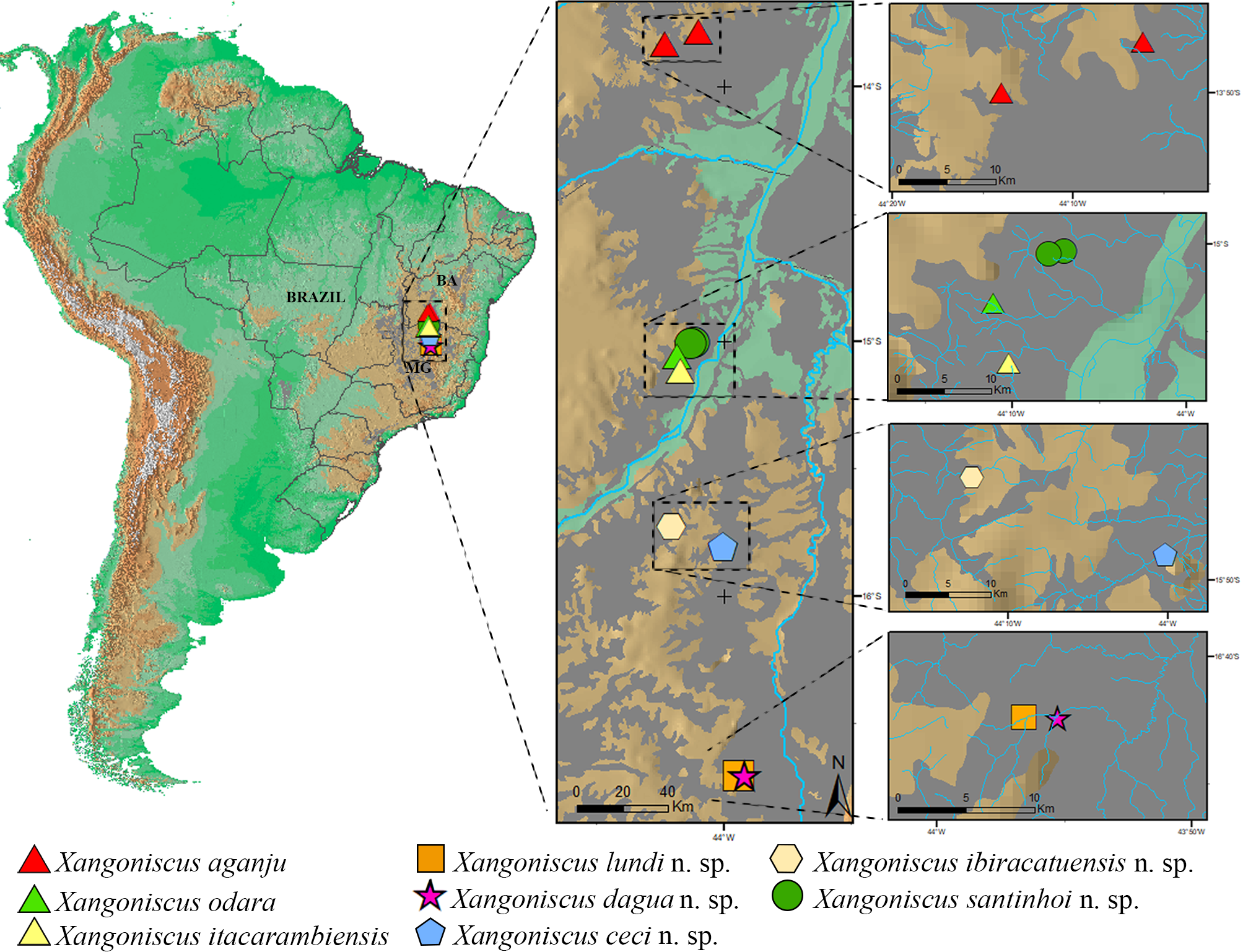 FIGURE 20. South America with the distribution of Xangoniscus species. Delimited area in the states of Minas Gerais and Bahia states in the São Francisco River basin; the karst area is represented in gray; rivers are represented in blue.