MALE (non-type specimens from El Puerto de Santa María, Spain). Similar to female except for normal sexually dimorphic features such as antenna and genitalia; fore wing 2.9 –3.0× as long as wide. Also known as voucher specimens of Lymaenon   “A” from the culture in California, USA of Spain origin ( Huffaker et al. 1954).

Diagnosis. Gonatocerus kazak   is similar to G. thyrides   and specimens of G. litoralis   that lack mps on F 5 of the female antenna. Gonatocerus kazak   differs from both by having only 8 mps on the clava (10 mps in the latter two species). See also the diagnosis of G. karlik   .

Etymology. The species name (a noun in apposition) is that of a cossack (“ kazak   ” in Russian). Kuban cossacks live in the Krasnodar region (Krasnodarskiy kray) of Russia where most of specimens of the type series of this new species were collected.

Comments. Specimens from one R.L. Doutt's slide containing 7 females and 1 male were soaked off in absolute ethanol, cleared in 10 % KOH, and remounted onto individual slides thus making possible to count mps on the clava (8 in all the specimens); they are also identical in every other regard to the specimens of the type series of G. kazak   .

According to Clausen (1978), 127,810 individuals of Gonatocerus   “A” originating from Spain were released in the beet-growing areas of California during 1953–1955 and its field recoveries were made during the latter part of the season of release, but they apparently did not persist, and thus the species did not become established there (see also “Comments” to G. litoralis   ). 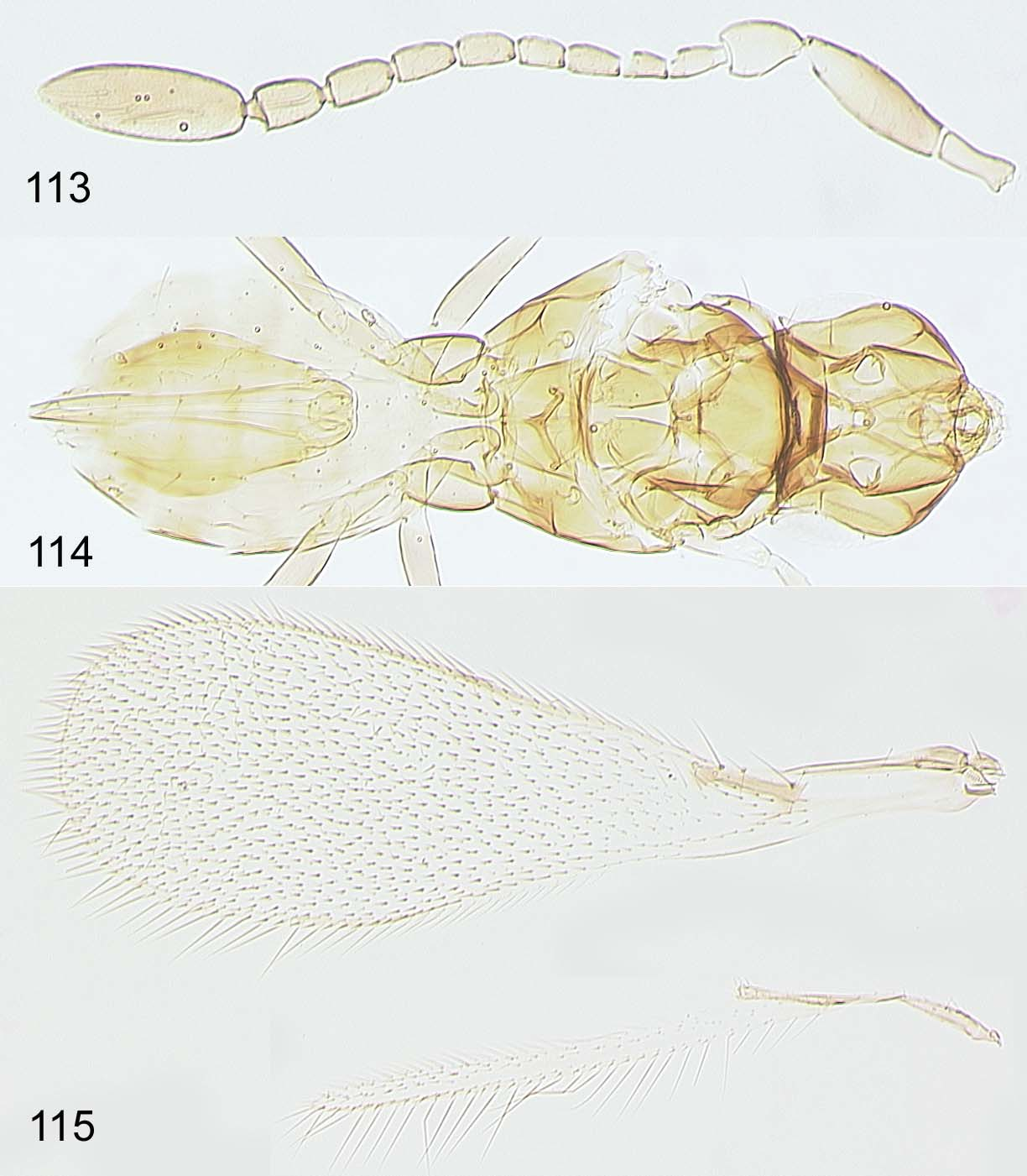