Type material. Holotype, 3, China, Taiwan Province, Botol-Tobago Island, earlier than 1931, Tadao Kano leg (Kyushu University). Right antennal segments 3-4 missing, left antennal segments glued on the label, right mid tibia and tarsus missing. Esaki (1931) reported this specimen as female. He might have mistaken the patulous abdomen of the male for that of the female.

The type specimen originally bears one white rectangular label with Esaki’s handwriting “ Epirodera latithorax Esaki ” and printed “Det. Teiso Esaki, 1929,” but 29 was crossed out by Esaki and replaced by 31. As noted by Ishikawa & Yano (1999), Esaki (1931) reported 26 species of true bugs from Botol-Tobago Island (currently known as Lanyu Island) of Taiwan based on the specimens collected by Tadao Kano. In Esaki’s paper, three species of reduviids, i.e., Ectrychotes kanoi (Ectrichodinae) , Epirodera latithorax (Physoderinae) , and Polytoxus pallens ( Saicinae ), were reported under “in litteris” status. Those reduviids have never been properly described except for Polytoxus pallens , which was named by Ishikawa & Yano (1999) as Polytoxus esakii . Based on the data in Esaki (1931) and Ishikawa & Yano (1999), we added a new label to the type specimen with the collecting data as “ China, Taiwan Province, Botol-Tobago Island, earlier than 1931, Tadao Kano leg.”

Etymology. This species was named in honor of Dr. Teiso Esaki of Kyushu University for his contribution to heteropterology and the recognition of this new species.

Remarks. This species may easily be distinguished from its congeners by the swollen anterior pronotal lobe. 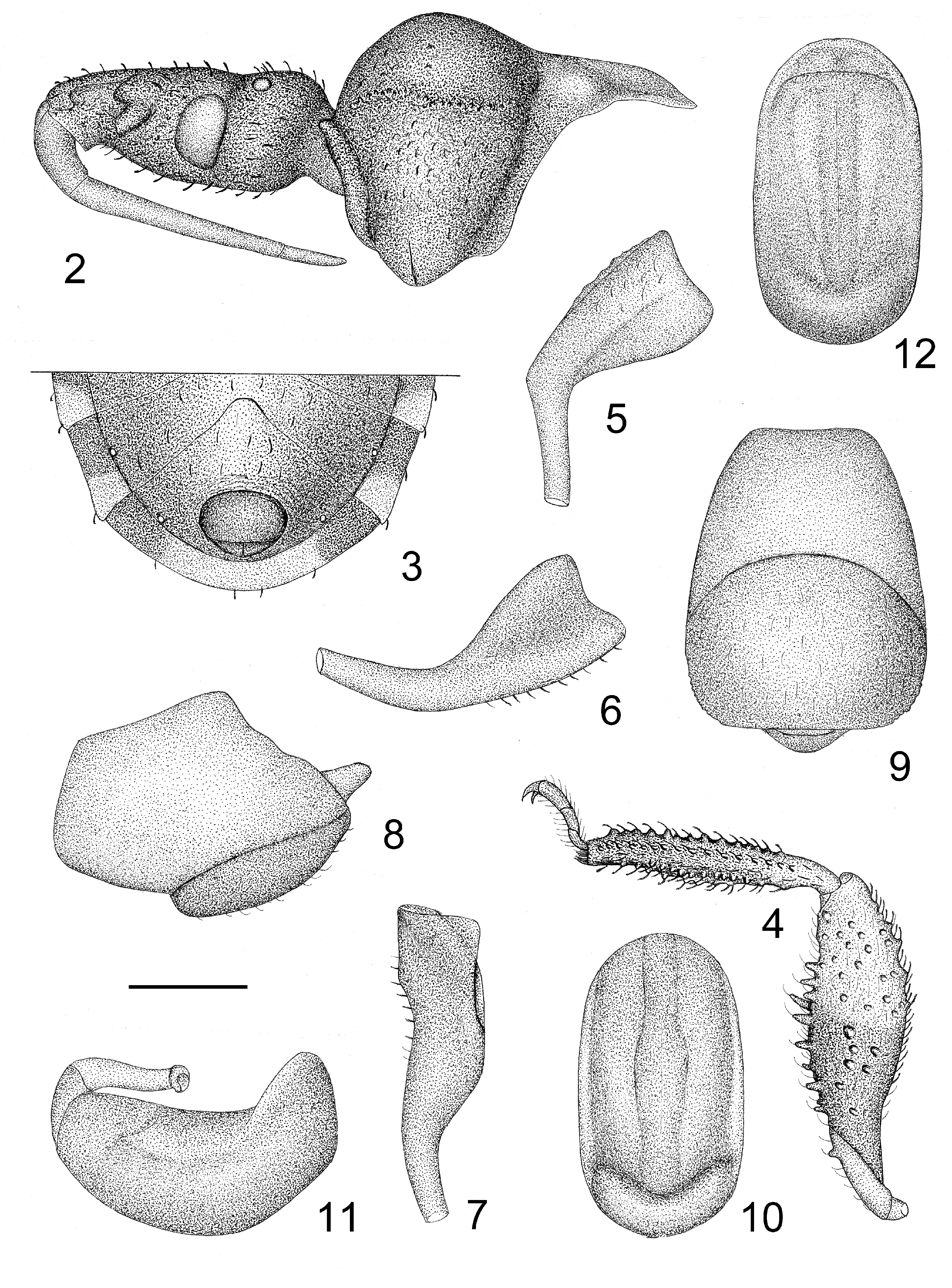