Dugesia etrusca monoadenodactyla   is present with a few sexual populations on the Molara Islet (springs and unnamed rivulets) in the north-east of Sardinia within a Protected Area ( Fig. 1 View FIGURE 1 ).

Specimens were first considered by Benazzi (1969) to belong to D. benazzii   with a chromosome complement of 2n = 16; n = 8. Later, Pala et al. (1980a) performed a morphological analysis and assigned the animals to D. etrusca monoadenodactyla   , a species previously reported only from Tuscany, thus supporting the ancient connections between Sardinia and Tuscany through the Tuscany Archipelago and Corsica during Quaternary glacial periods. 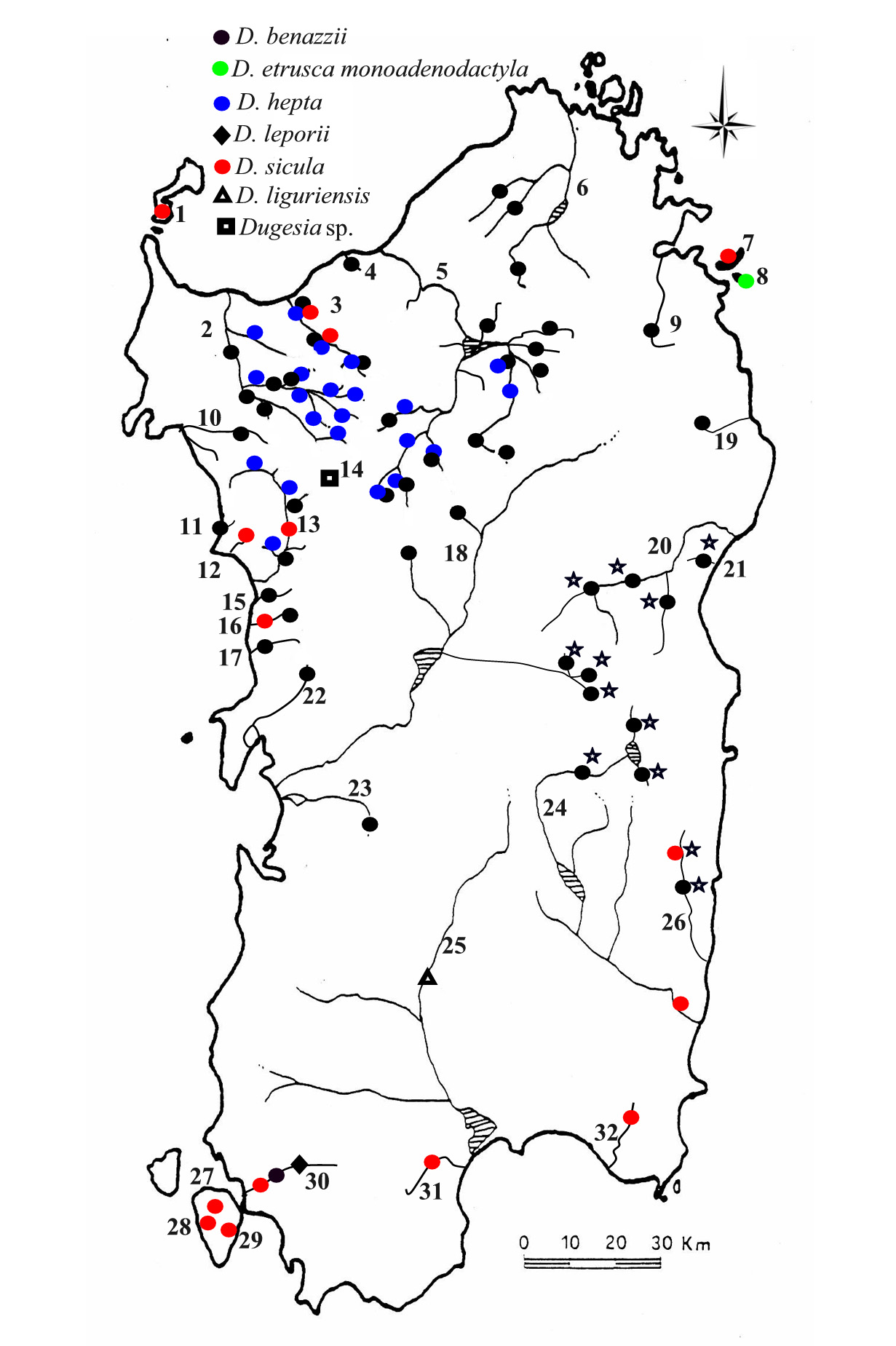