The new species is superficially similar and occurs adjacent to O. frenatus . Oxynoemacheilus hazarensis is distinguished from O. frenatus by having an incision in the middle of the upper lip (vs. absent or with a shallow groove in the middle of the upper lip), the colour pattern on the flank is not interrupted by an unpigmented zone along the lateral line (vs. interrupted), the caudal fin is slightly emarginate (vs. almost truncate) and O. hazarensis lack scales on the back and flank in front of the anus (vs. scales present).

Oxynoemacheilus hazarensis is distinguished from O. chomanicus and O. zagrosensis by having longer barbels, the maxillary barbel reaching beyond the middle of the eye (vs. to anterior eye margin or middle of eye), having no scales on the back and flank in front of the anus (vs. scales present at least below the dorsal-fin base, on the predorsal back and the flank behind a vertical of the tip of the pectoral fin in most individuals) and having an incomplete lateral line (vs. complete).

It is distinguished from O. kiabii by the presence of a central pore in the supratemporal canal (vs. absence), three pores in the supratemporal canal (vs. 4–6 pores), flank with a mottled colour pattern, with vertically elongated, dark-brown blotches on the caudal peduncle in some individuals (vs. flank with very large, vertically elongated and distinct blotches most distinct on flank behind dorsal-fin base), a shorter head (length 24–26% SL vs. 26–30) and a larger predorsal distance (51–54% SL vs. 48–52).

Dorsal fin with 7½ (1), 8½ (14) branched rays. Anal fin with 5½ (15) branched rays. Caudal fin with 8+8 (15) branched rays. Pectoral fin with 10 (13), 11 (2) and pelvic fin with 7 (15) rays. Body covered by isolated embedded scales on caudal peduncle, no scales on back and flank in front of anus. Lateral line incomplete, reaching to a vertical below dorsal-fin base or above anal-fin base. Two lateral and one central pore in supratemporal canal. Anterior nostril opening at end of a low, pointed and flap-like tube. Posterior tip of anterior nostril overlapping posterior nostril when folded backwards. No suborbital groove in males. Male with longer pectoral fin. Mouth large, arched ( Fig. 6 View FIGURE 6 ). Lips very thick, with strongly marked furrows. A deep median interruption in lower lip. A median incision in upper lip. Processus dentiformis narrow and pointed. No median notch in lower jaw. Barbels moderately long, inner rostral barbel not reaching to base of maxillary barbel; outer one reaching to vertical of anterior eye margin. Maxillary barbel reaching to or beyond middle of eye.

Coloration. Body yellowish with fine, dark-brown mottled pattern in life and preserved individuals. Head plain brown on top or with mottled pattern, cheeks with fine dark-brown spots or mottled pattern, without colour pattern ventrally in some individuals. Flank below a line from pectoral-fin base to anus with fine dark-brown mottling. Colour pattern on flank not interrupted by lateral line. Back with two, rarely one wide, dark-brown saddles, irregularly shaped and set, usually wider than interspaces, not fused to lateral blotches. A large, roundish or irregularly shaped, dark brown blotch at dorsal fin-origin and below posterior half of dorsal-fin base. Two or three wide, dark-brown saddles on upper caudal peduncle, fused with blotches or bars on flank in few individuals. Flank with 6–12 large, dark-brown, irregularly shaped vertically elongated blotches or bars along lateral midline. Flank below lateral series of blotches with mottled patter. Two black or brown blotches at upper and lower posterior extremity of caudal peduncle, not fused together. Dorsal-fin usually with two wide, brown bands on rays, caudal-fins with 2–4 wide, irregularly shapes, brown bands on rays. Anal-, pelvic- and pectoral fins hyaline, with few dark-brown spots on rays or with almost browns rays.

Distribution. Oxynoemacheilus hazarensis was found in Lake Hazar, a large tectonic lake in eastern Turkey, and one of the sources of the Tigris. It may be endemic to Lake Hazar.

Etymology. The species is named for its type locality, Lake Hazar. An adjective.

Remarks. If this is confirmed by intensive field-work in the region, O. hazarensis would be the third fish species endemic to Lake Hazar after Aphanius asquamatus ( Cyprinodontidae ) and Alburnus heckeli ( Cyprinidae ). 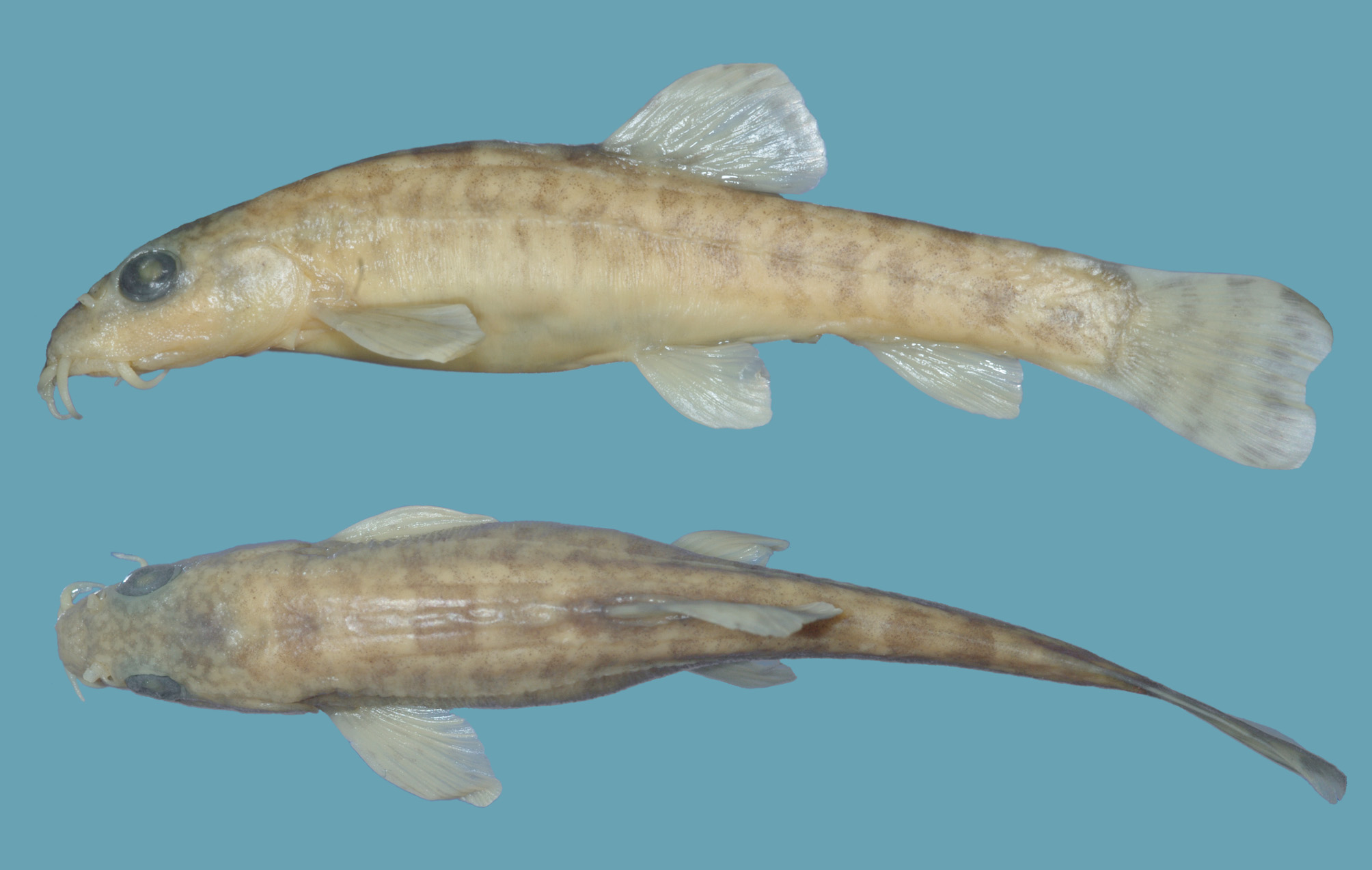 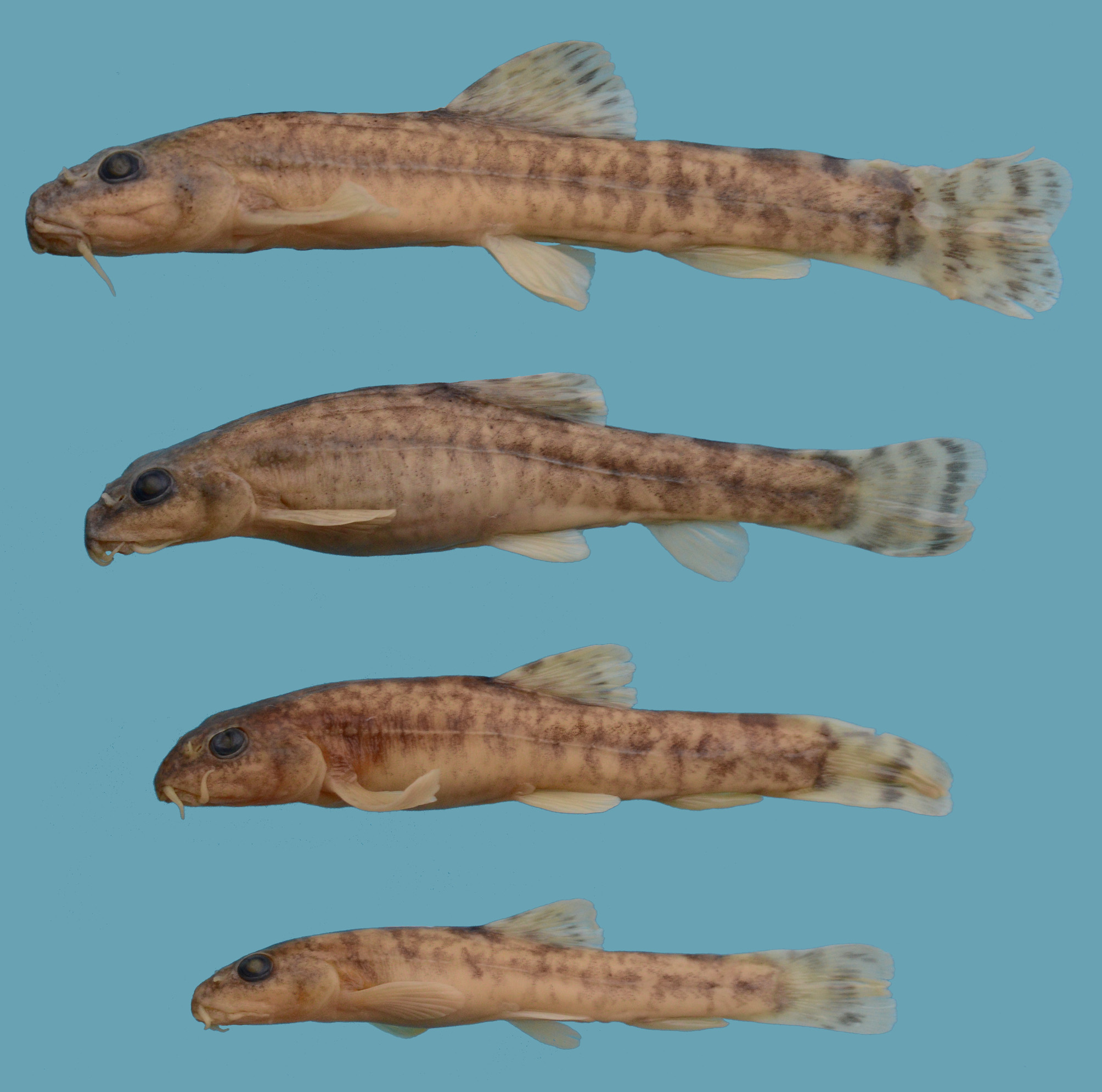 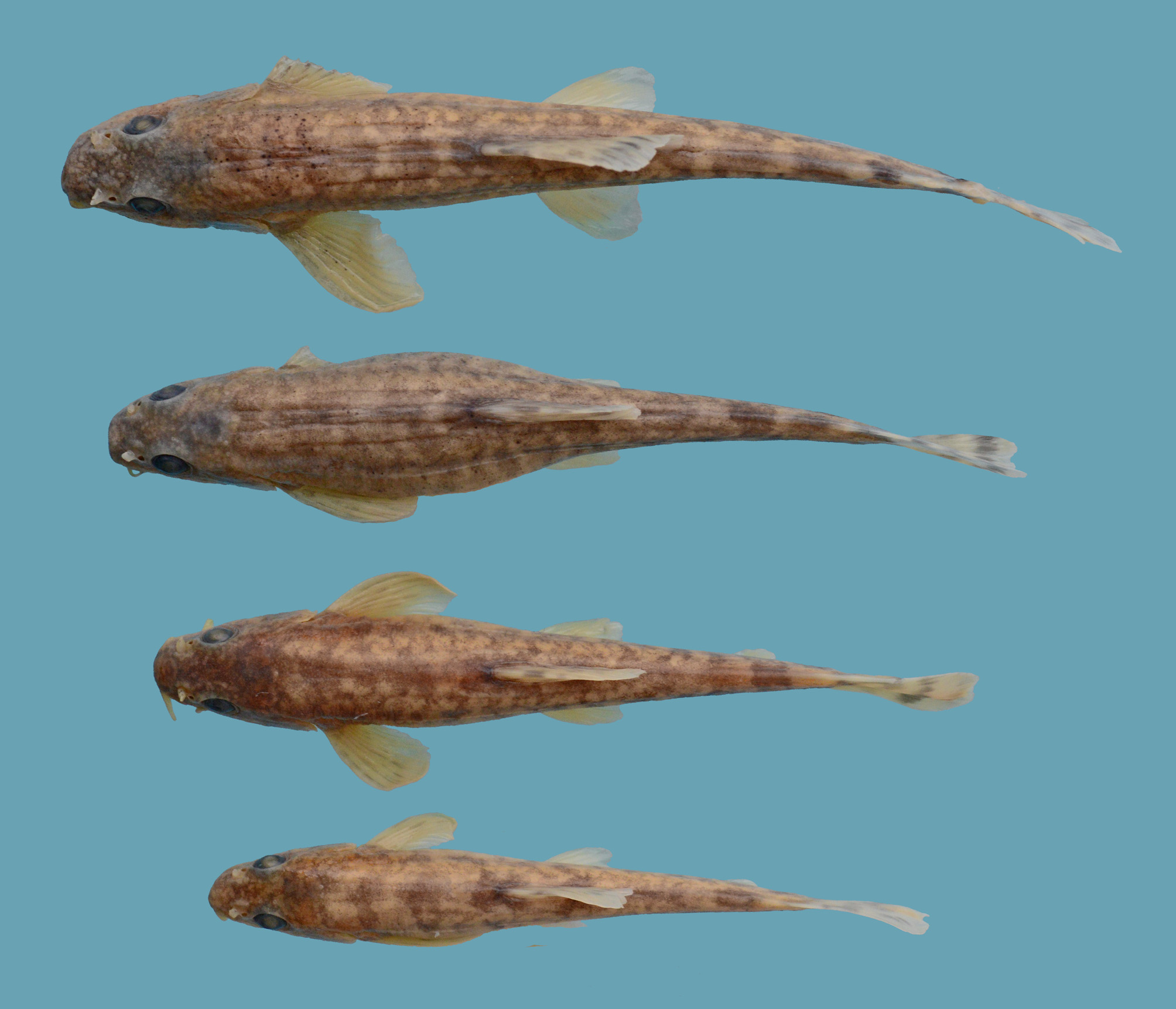 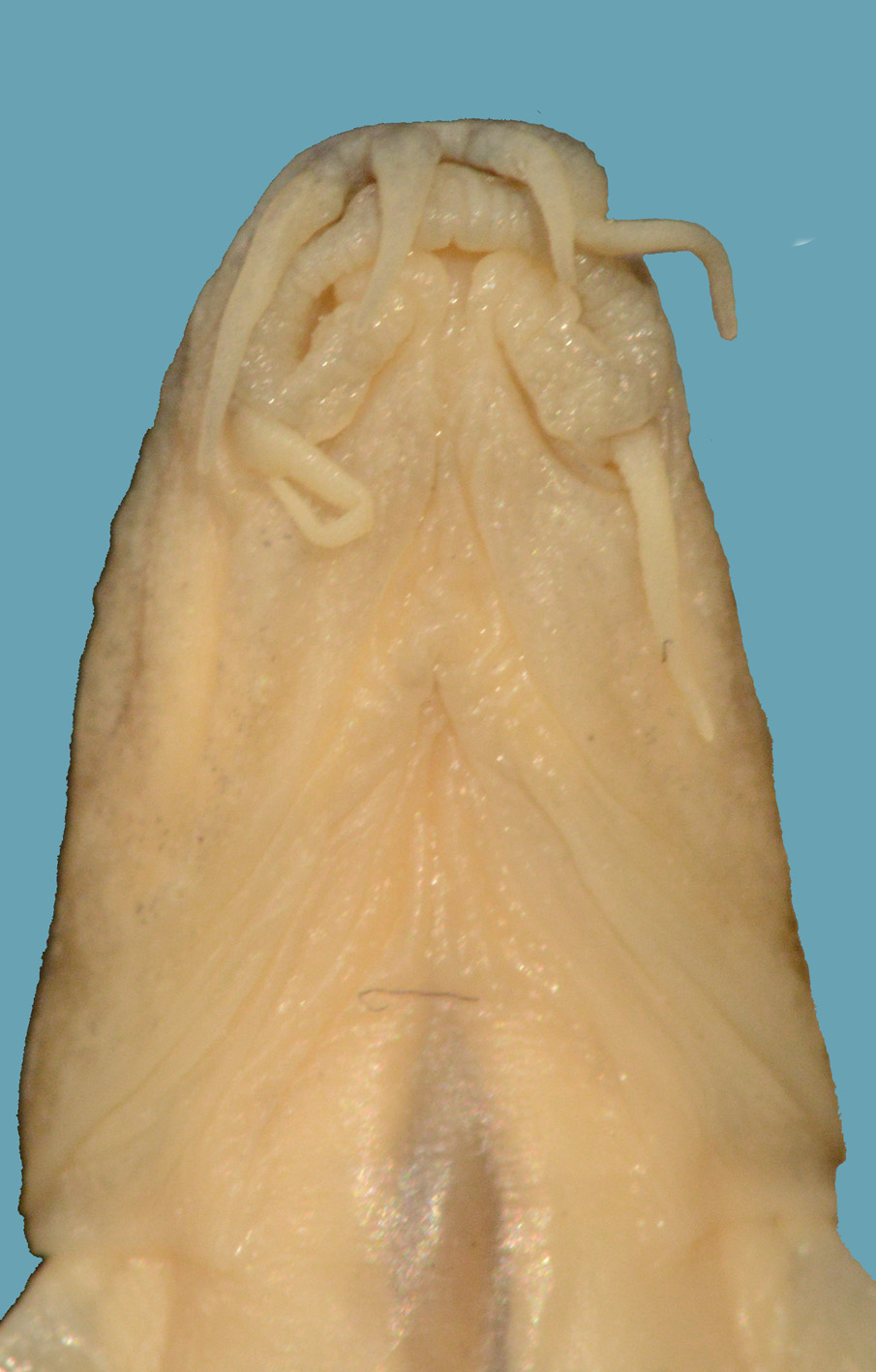