Oxynoemacheilus karunensis is distinguished from O. kurdistanicus , which is widespread in the Tigris drainage, by having a more slender caudal peduncle (caudal peduncle depth 7–9% SL vs. 9–11), and from O. kurdistanicus and O. euphraticus , which are widespread in the Euphrates and Tigris drainages, by having no or only a very short incision in the upper lip (incision 0–10% of upper lip-width vs. 45–70%) ( Fig.5 View FIGURE 5 ), no or only a very rudimentary, shallow and knobshaped, pelvic axillary lobe fully attached to the body (vs. well developed with free tip), many minute dark-brown spots on the back, the flank above the lateral midline and the caudal peduncle, with a mottled colour pattern in the interspaces of the saddles and large blotches on the back or these interspaces with vermiculated pattern (vs. without spots, vermiculation or mottling, in some individuals with small, vertically-elongated and transversely-positioned blotches), flank usually with a midlateral row of short, vertically-elongated blotches usually not confluent with the saddles on the back (vs. regularly or irregularly shaped bars on the flank behind the dorsal-fin base).

In the Euphrates and Qweik drainages, O. argyrogramma is an additional species with two black spots on the caudalfin base. Oxynoemacheilus karunensis is distinguished from O. argyrogramma by having a more slender caudal peduncle (caudal peduncle depth 7–9% SL vs. 10–13), its length 2.1–2.7 times in it depth (vs. 1.4–1.8), a series of vertically elongated blotches or short bars along the lateral midline (vs. marbled or mottles colour pattern on flank) and dark-brown blotches behind the dorsal-fin base being narrower than interspaces (vs. as wide or wider).

Coloration. Head and body with yellowish background colour and dark-brown pattern. Head brown on top and down to lower margin of eye or with spotted pattern, cheeks and ventral head surface without colour pattern. A pale brown line between anterior eye-margin and tip of snout. Back with two, rarely one, wide dark-brown blotches, wider than interspaces, not fused to lateral colour pattern, dissociated into a marmorated pattern in some individuals. A large, dark-brown blotch at dorsal fin-origin and at posterior half or dorsal-fin base. Two or three, wide dark-brown blotches on upper caudal peduncle, fused with blotches on flank forming saddles in few individuals. Flank below a line between pectoral-fin base and anus without pattern. Flank with 8–12 dark-brown, irregularly shaped, vertically elongated blotches along lateral midline. Flank blotches narrower than interspaces, usually dissociated and often faded in front of dorsal-fin origin, more clearly set on caudal peduncle, rarely joined with saddles on back or forming bars on flank. Back, flank above lateral midline and caudal peduncle with many, minute dark-brown spots, vermiculation or even a mottled colour pattern at interspaces of saddles and large blotches. One distinct, small, roundish or comma-shaped, black spot at upper and lower posterior extremity of caudal peduncle. Dorsal fin with 2–3 and caudal fin with 3–5 brown bands of small, elongated blotches on fin-rays. Anal-, pelvic- and pectoral fins hyaline, with few dark-brown spots on rays.

Distribution. Oxynoemacheilus karunensis is known from tributaries of the Rivers Jarahi and Karun in Iran. These rivers flow into the wetlands in the lower estuary area of the Euphrates and Tigris.

Etymology. The species is named for the Karun River inhabited by this species. An adjective.

Remarks. Oxynoemacheilus karunensis is distinguished from O. persa , O. bergianus , O. brandtii and O. longipinnis , four species with a deeply emarginate caudal fin, by having two prominent black spots at the caudal-fin base (vs. absent). The new species is also distinguished from O. persa by having the swim bladder capsules connected by long and narrow manubrium (vs. short and thick).

Oxynoemacheilus karunensis is distinguished from O. tongiorgii from the Kor River drainage in Central Iran by having two prominent black spots at the caudal-fin base (vs. absent), a deeply emarginate or forked caudal fin (vs. truncate), a slenderer caudal peduncle (vs. deep) and swim bladder capsules connected by long and narrow manubrium (vs. absent).

Oxynoemacheilus karunensis is distinguished from O. chomanicus , O. frenatus , O. kiabii and O. zagrozensis , four additional species found in the Tigris drainage, by having a suborbital groove in males (vs. absent) and a deeply emarginate or forked caudal fin (vs. slightly emarginate or truncate).

Comparative material. Additional materials of Oxynoemacheilus species examined other than those below are listed by Freyhof et al. (2011). 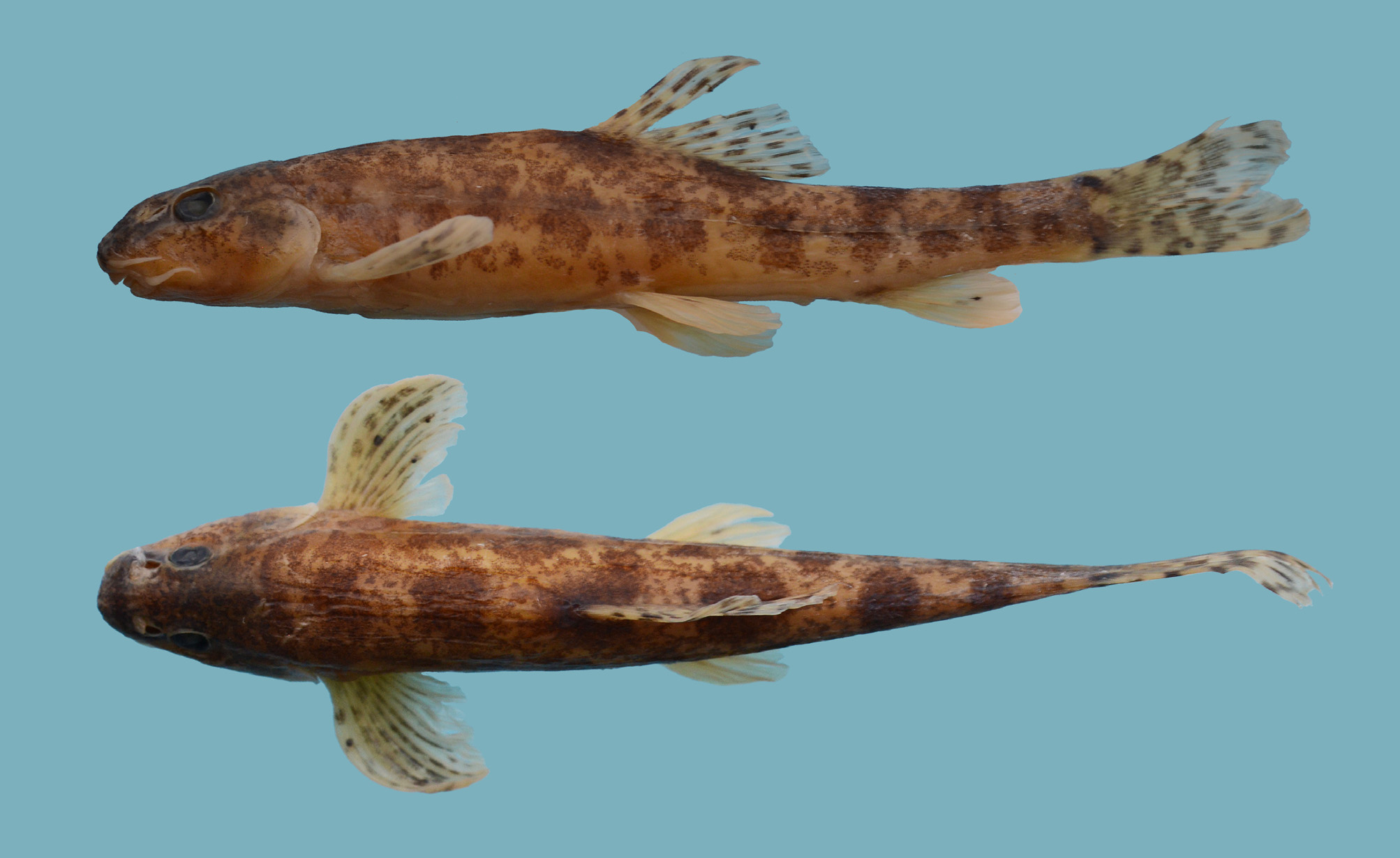 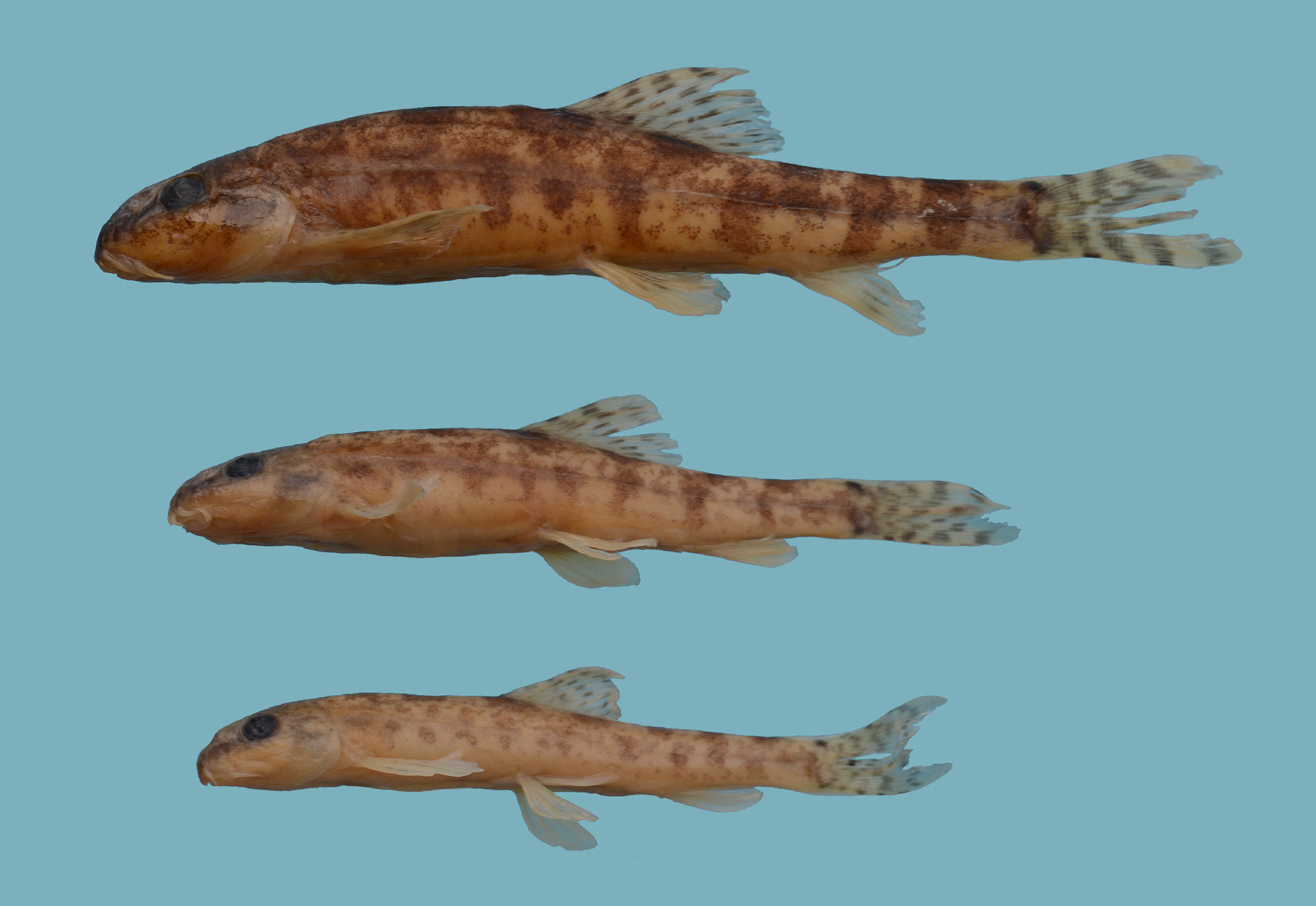 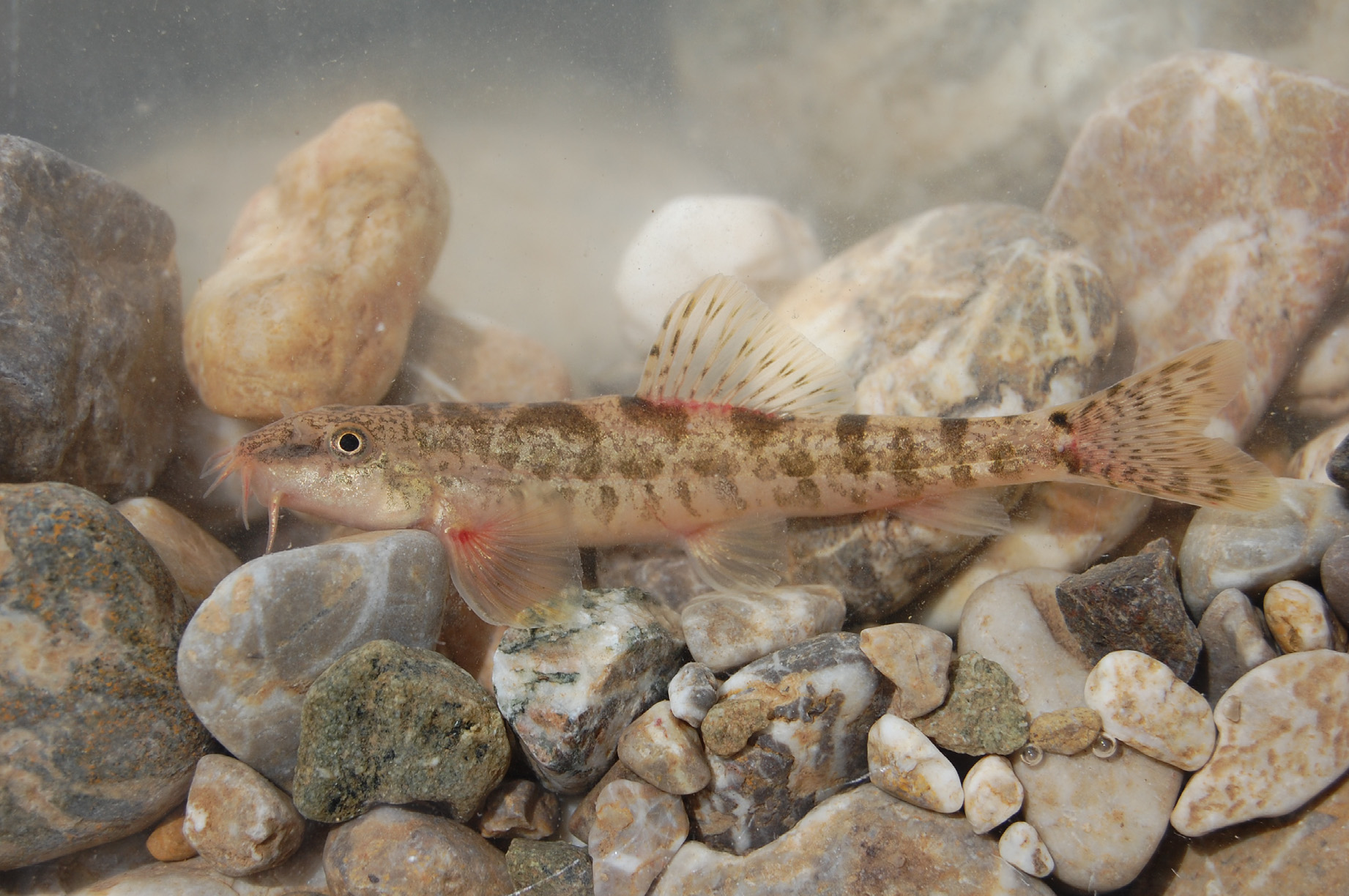 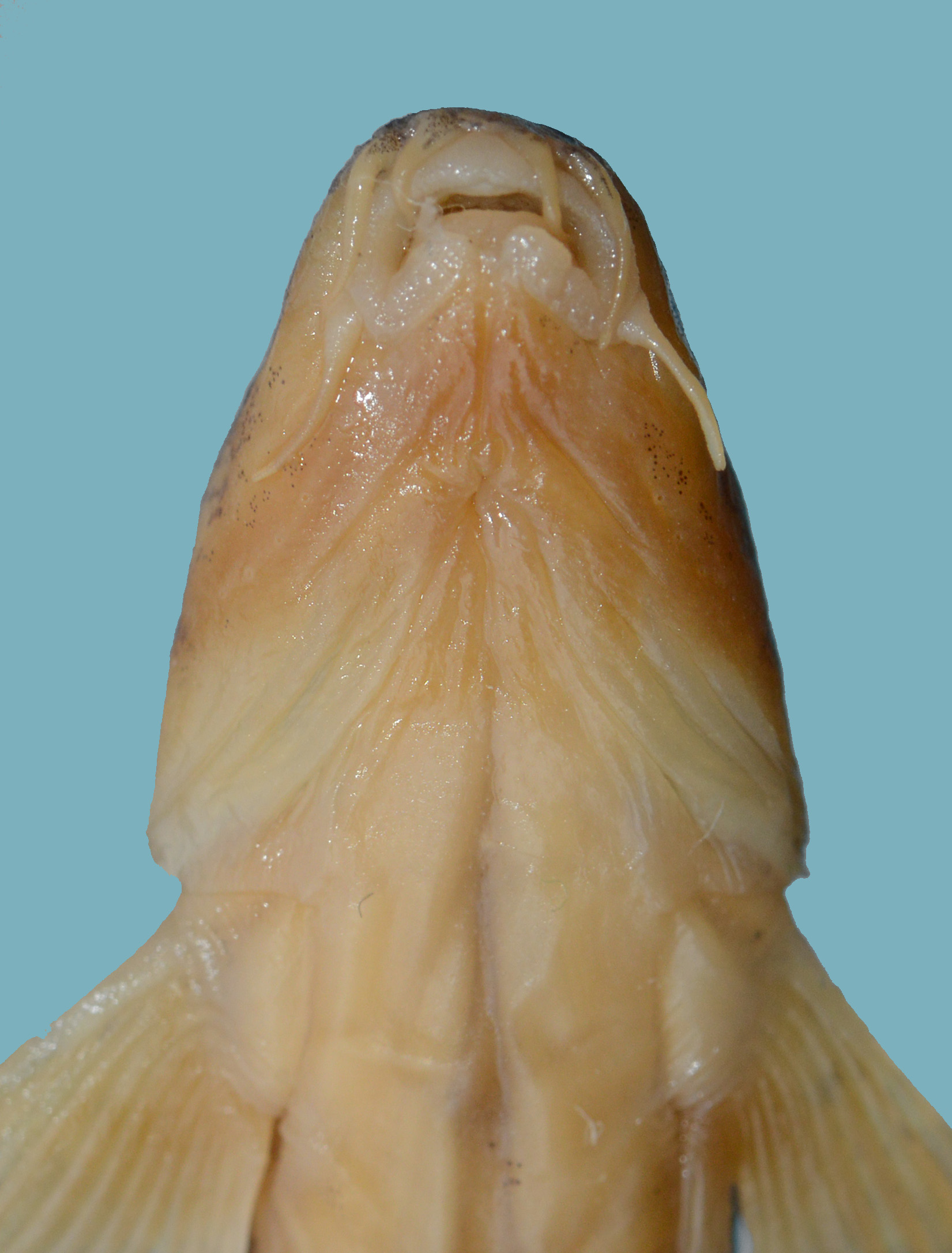