EXTERNAL MORPHOLOGY. Body mainly white, but a distinct, sinuous, black stripe occupies the upper-mid portion of the whorl during a little less than half whorl of length, one to two whorls posteriorly to the operculum; roof of mantle cavity can be yellowish in fresh specimens.

Rolán & Fernández-Garcés (1994) described the external morphology of C. melanura  as having numerous white/yellowish spots in the anterior portion of the body, which was not observed in the present study probably due to a faint coloration after a long storage in ethanol. However, all specimens had a distinct and previously unnoticed black stripe situated at one to two whorls posteriorly to the operculum ( Fig. 7View Fig A–B), not present in any other triphorid studied so far; this stripe is continuous and does not seem to be related to fecal pellets. Opercula of specimens from Brazil ( Fig. 7View Fig C–D) are identical to those of Caribbean specimens ( Bouchet 1985: fig. 2).

The radula of specimens from Brazil ( Fig. 8View Fig) is almost identical to that of Caribbean specimens ( Bouchet 1985; Rolán & Fernández-Garcés 1994), with the exception that the central tooth of Brazilian specimens is more similar to the lateral teeth of Caribbean ones (outer cusps considerably shorter than inner ones), but lateral teeth of Brazilian specimens are more similar to the central tooth of Caribbean ones (outer cusps not so shorter than inner ones). Although not illustrated, Bouchet (1985) noted differences in the marginal teeth of a juvenile from the eastern Atlantic when compared to the pattern seen in adults from the western Atlantic, warning for the necessity of fine radular comparisons from adult specimens from both sides of the Atlantic. After examining several specimens from Cuba (Caribbean) and Ghana (eastern Atlantic), Rolán & Fernández-Garcés (1994) concluded that there were no significant differences in their radulae, despite not having illustrated those from the eastern Atlantic. 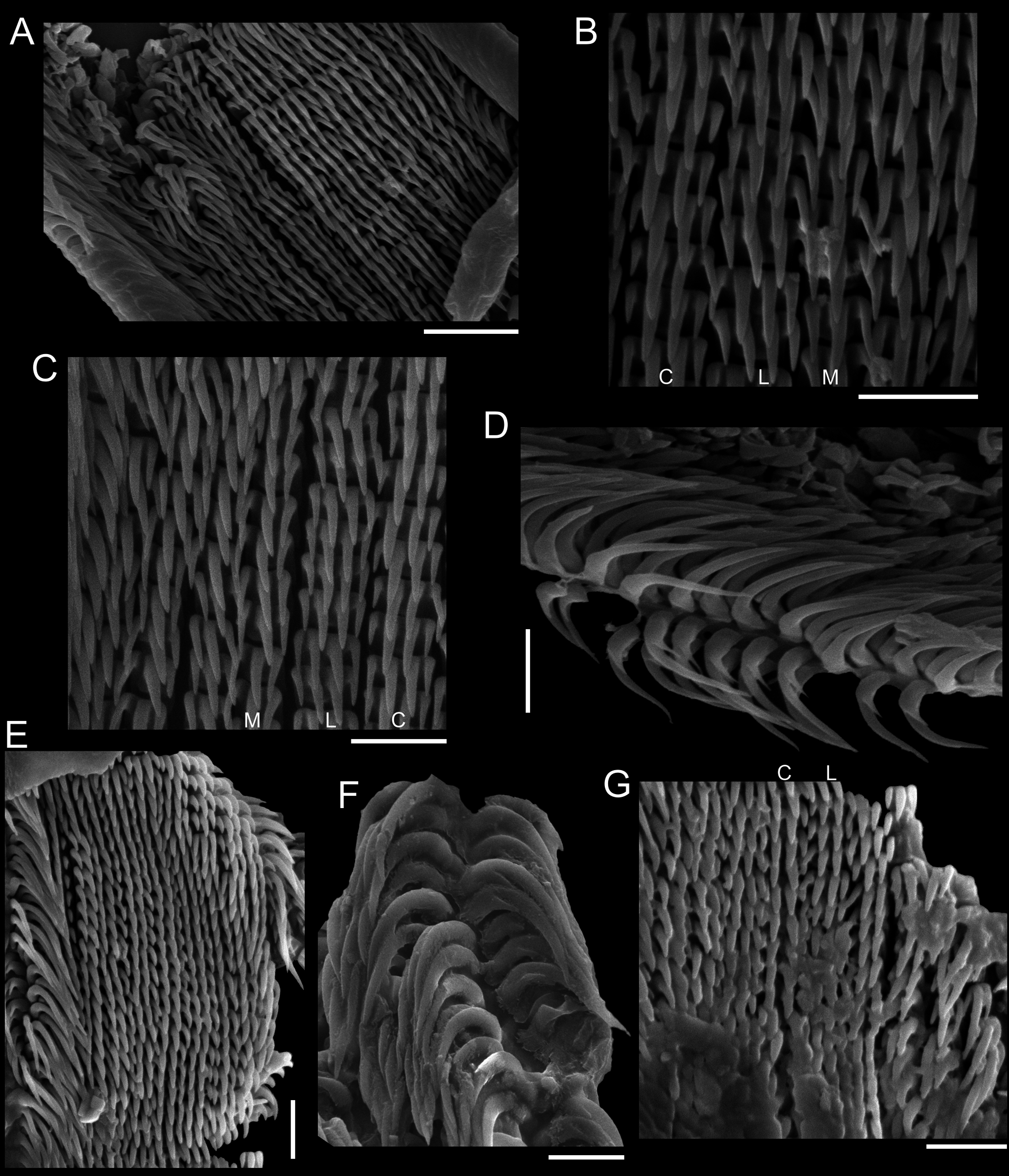