Male. Similar to female except slightly stouter, 2.7 × as long as wide, frons with only few setae, antennal scapus not inflated, with few dorsal setae, anterior margin of pronotum with two small and closely set tubercles, and the interstriae on posterolateral areas of elytra with sharp interstrial granules.

Etymology. The species name is a noun in apposition based on the mountain range Udzungwa.

Biology and distribution. Only known from the type locality in Tanzania located at medium high altitude in the Udzungwa Mountains where it was dissected from a thin branch of an unknown tree   .

Remarks. This species was included in a previous phylogenetic analysis of Micracidini   as Dendrochilus sp A   ( Jordal 2021). It is not easily distinguished from D. tener   but differs by the larger size and much more widely separated eyes. Size differences may be due to altitude because specimens living at higher altitudes often grow larger ( Jordal 1998). The two species are nevertheless clearly different genetically by 4 base substitutions in 28S (0.6 %), 4 bases in PABP1 (1.0 %), 11 bases in CAD (2.6 %), and 82 bases in COI (11.9 %). Genetic variation between the two species is higher than accepted for variation within scolytine species ( Andersen et al. 2012; Cognato 2006; Cognato et al. 2020; Cognato et al. 2019; Jordal & Tischer 2020; Jordal & Kambestad 2014). 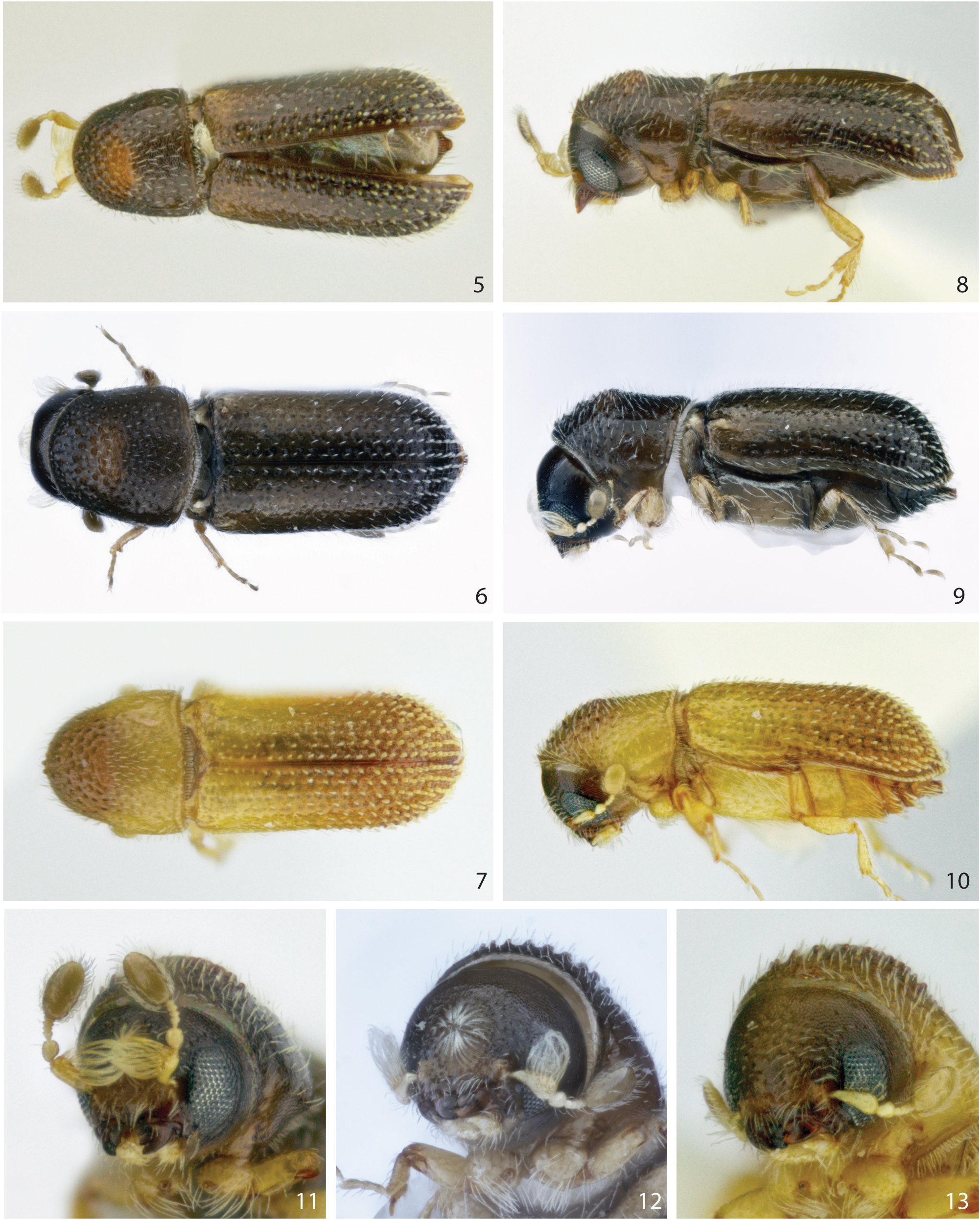 FIGURES 14–17. Proventriculus (left) and male genitalia (right) of Dendrochilus udzungwae (14, 16) and Dendrochilus tener (15, 17). The flagellum is released in D. udzungwae and coiled in D. tener.