81) 82) 87) 79) 85) Diagnosis. — Liolaemus burmeisteri  can be easily distinguished from all other members of the Liolaemus elongatus  clade, by its light brown/ochre general coloration not found in any of the other species and by its homogeneous dorsal pattern without bands, stripes or spotted areas ( Table 1). Liolaemus burmeisteri  lacks of a well-defined bodybanding pattern and dark ochre/green, or black general coloration, typical of L. elongatus  . Liolaemus smaug  has darker coloration and fewer numbers of dorsal scales without overlapping (64–75, 0 = 70.3 vs 76–85, 0 = 81.1 in L. burmeisteri  ) and higher numbers of ventral scales (107–119, 0 = 111.9 vs 99–110, 0 = 104.7 in L. burmeisteri  ) with little overlap. Liolaemus smaug  has a dorsal banding pattern characterized by a very variable but always present vertebral band ranging from a well marked gray-ochre zone to a dark spotted area, and a very wide and dark lateral band, all traits absent in live specimens of L. burmeisteri  . Liolaemus chillanensis  has a different dorsal coloration pattern, with a vertebral band formed by dark spots, more ochre dark general coloration, more darker lateral bands, and more scales around midbody (81-95 vs 70-81). Liolaemus antumalguen  is a larger species (maximum SVL 107.7, 0 = 94.4 vs 85.2 mm, 0 = 74.5), with more enlarged neck pouches, and with fewer scales along

Etymology. — The specific name is to honor Karl Hermann Konrad Burmeister, a German naturalist, paleontologist and zoologist. Carlos Germán Conrado Burmeister (as he was known in Argentina) was born in Stralsund, Germany in 1807 and past away in Argentina in 1892 after a prolific work with near 300 publications about animals, plants, geology, and paleontology of South America, including its Description Physique de la République Argentine d’après des observations personnelles et étrangères (with a version in German). He was director of the Museo Público de Buenos Aires (now Museo Argentino de Ciencias Naturales Bernardino Rivadavia) for 30 years and was in charge of the organization of the National Academy of Sciences in Córdoba, founded by the Argentinean president Domingo F. Sarmiento.

Natural history. — The collection area was on a small plateau with sedimentary rocks and sparse vegetation. The type locality is a plateau with rocky soils and with medium to big –sized rocks scattered or rocky outcrops, alternating with areas of loose sand ( Fig. 6View FIGURE 6). This area is only sparsely vegetated, with soil erosion resulting from grazing by goats and horses. However, in undisturbed areas, typical vegetation is composed of plants of the genera Stillingia  , Colliguaja  , Nassauvia  , Haploppapus  , Fabiana  , Schinus  and Stipa  , which are representatives of the Payunia District, Patagónica Province, Andino –Patagónico Domain ( Roig 1998). Liolaemus burmeisteri  appears to be restricted to rocky areas, similar to many other members of this clade ( Cei 1974, 1979, 1986, 1993; Espinoza & Lobo 2003; Espinoza et al. 2000; Hulse 1979). When active, lizards move across the rocky substratum and bask on horizontal surfaces or on top of medium –sized stones. When disturbed, L. burmeisteri  usually attempts to escape into the cracks and crevices in the rocks. Based on analyses of stomach contents, L. burmeisteri  feeds on a variety of insects and other small arthropods. In two digestive tracts, we found Orthoptera, Coleoptera, Formicidae, Solifugae, Araenae  , sand grains and indeterminate parts of arthropods. These contents are very similar to those found by Videla (1983) in L. elongatus  from Mendoza Province. Detailed biological information has been published only for a few phylogenetically related lizards (e.g. Ibargüengoytıa & Cussac 1998; Quatrini et al. 2001; Videla 1983), with observations in Cei (1986), Espinoza & Lobo (2003), Espinoza et al. (2000), Hulse (1979), and Schulte et al. (2000). No conclusive evidence of viviparity can be offered, but all related species of the elongatus  clade share this reproductive mode ( Cei 1986; Espinoza & Lobo 2003; Espinoza et al. 2000; Hulse 1979; Schulte et al. 2000). At the type locality, L. burmeisteri  was found in syntopy with Homonota darwinii  , and no other species of lizards were observed.

Remarks —A mtDNA gene tree analysis, including the new described species as well as other related species and candidate species of this and other related clades is depicted in Fig. 7View FIGURE 7. This tree is based on the mitochondrial gene fragment cyt-b (805 bp). Liolaemus burmeisteri  is recovered as the sister taxon of L. smaug  but with very low support. The petrophilus  and kriegi  clades also include candidate species and are recovered with strong support (0.95 and 0.99 respectively). Recently a typographic error named this clade as buergeri  in the remarks section of the description of L. antumalguen ( Avila et al. 2010)  . The objective of this tree is to show the position of this new species in relation with these three related clades. Phylogenetic relationships for these clades, including several lines of evidence, are under study by our research group and a detailed analysis will be published elsewhere. 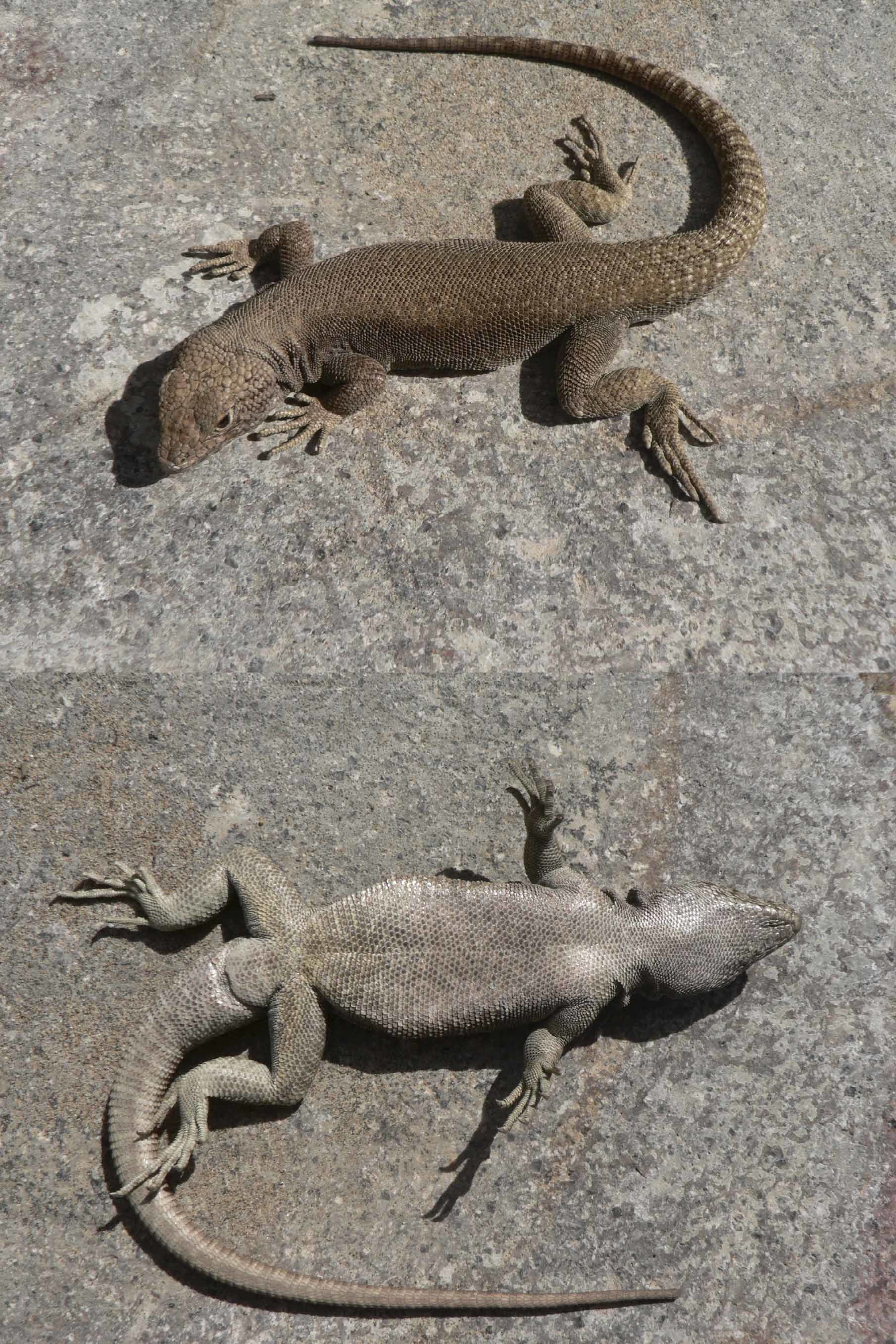 FIGURE 3. Dorsal variation in color pattern of males of the type series. FIGURE 4. Dorsal variation in color pattern of females of the type series. FIGURE 6. Type locality of Liolaemus burmeisteri. Upper: general view of the area. Below: close view of the common outcrops where lizards were collected. FIGURE 7. Cytochrome b gene tree showing Liolaemus burmeisteri in relation with other members of the elongatus clade and species of the petrophilus and kriegi clades, based on Bayesian analyses; numbers above nodes are posterior probability values.