Etymology. The specific epithet refers to the words “mosquito” (muntean) and “frog” (taroku) in the Tukana language, spoken in Brazilian and Colombian Amazon. The name is to be regarded as a noun in apposition.

Diagnostic characters. This species differs from other extant Corethrella   by the following combination of characters: Adult male: two expanded and apically bent setae at dorsobasal region of gonocoxite, halter lighter than scutellum and wing with slightly darker scales forming a faint midlength band.

Distribution and biology. This species is known only from the single individual collected with a Malaise trap at the type locality, the Barro Branco stream, at Adolpho Ducke Forest Reserve, Manaus, AM. Barro Branco is a slow flowing, shallow stream, approximately 2m meters wide. It is surrounded by a fragment of Amazon rainforest just outside the limits of Manaus urban area.

Taxonomic Discussion. This species shares many of the synapomorphies which define the peruviana species group (as designated by Borkent, 2008), such as the presence of apically expanded and bent setae on the gonocoxite and the sclerotized plate at the sub-basal region. Inside the peruviana Lane   group, other shared apomorphies reveal closer relationships with this species. The presence of scales on femora and elongate spicules on anteromedial area of gonocoxite place Corethrella munteantaroku   sp. n. in the clade which includes C. peruviana Lane   , C. ramentum Borkent   , C. inornata Borkent   , C. pallida Lane   , and C. blanda Dyar. Borkent   recognizes a synapomorphy which groups together C. pallida   and C. blanda   , that is the presence of a faint midlength band on the wing. Corethrella munteantaroku   sp. n. also presents a wing band, however it is a discrete one, similar to other lineages along the genus. At the present time it is not possible to state whether the wing band in C. munteantaroku   sp. n. is homologous to the ones in C. blanda   and C. pallida   . 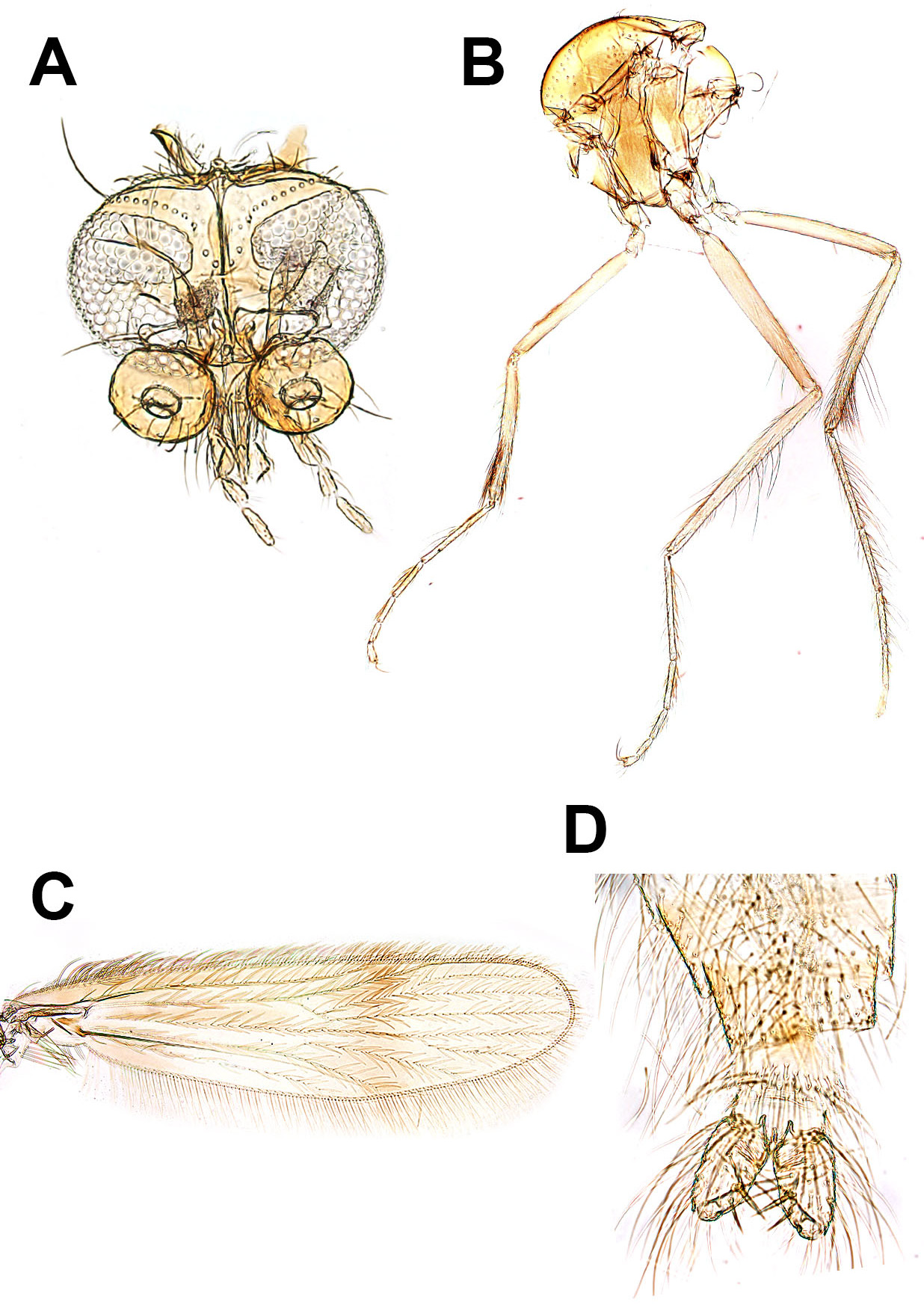 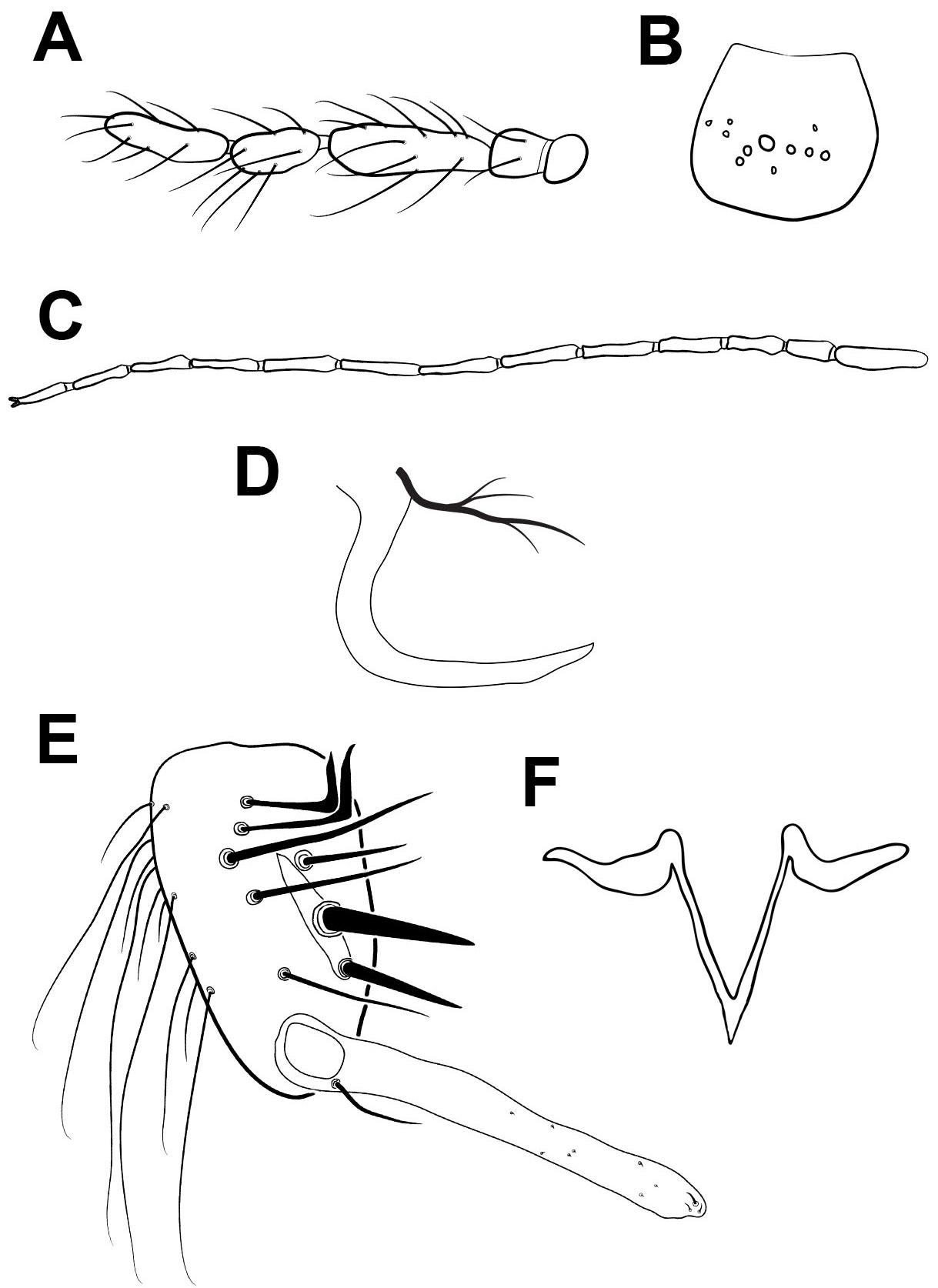