Remarks. Males of this species show an unusual variability in the size of composite eyes. The holotype is a specimen with very small eyes, with the tempora as long as 4 × length of eye in lateral view. In some specimens from the same locality (and collected on the same day, by the same method and by the same collector) the eyes are much larger, with the tempora only twice as long as eye. There are no differences in the metatibial modifications and the aedeagal structures between microphthalmous and macrophthalmous forms. In some microphthalmous males the eyes are indistinctly larger than those in the holotype, and in macrophthalmous males the eyes can be as long as 0.4–0.6 length of temple, but no intermediary forms were found. In all females the eyes are very small, indistinctly smaller than those in microphthalmous males. Molecular analysis is necessary to study the genetic structure of what is here interpreted as a single species with two distinct forms of the male eyes; morphological characters support this interpretation.

Males of Scydmaenus kiwarrakianus   differ from congeners with similarly gradually broadened metatibiae in the shape of the tibial broadening, especially in the additional shallow concavity at middle of the external margin, and the shape of the aedeagus in dorsal view, which is gradually and strongly narrowed distad. 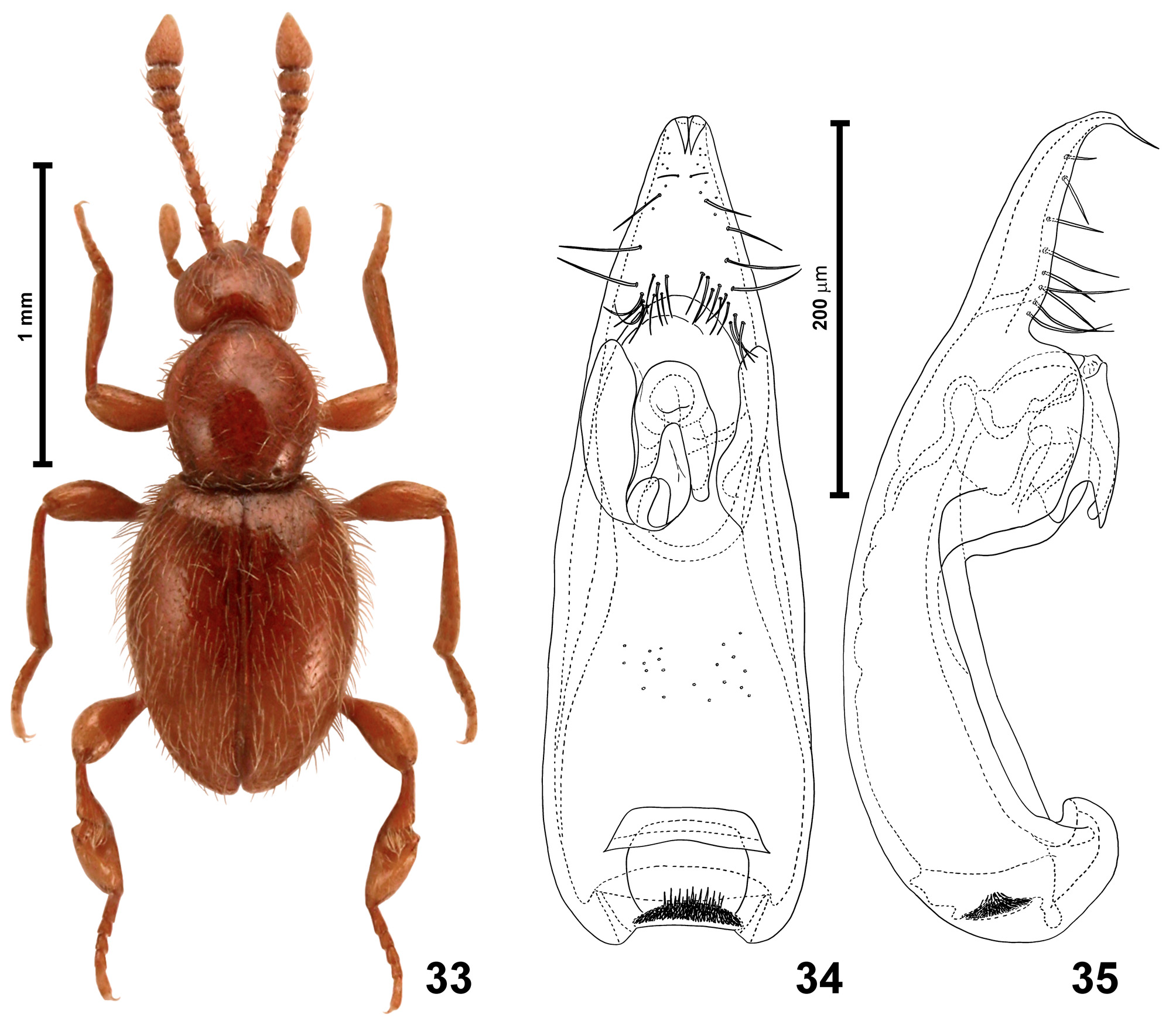 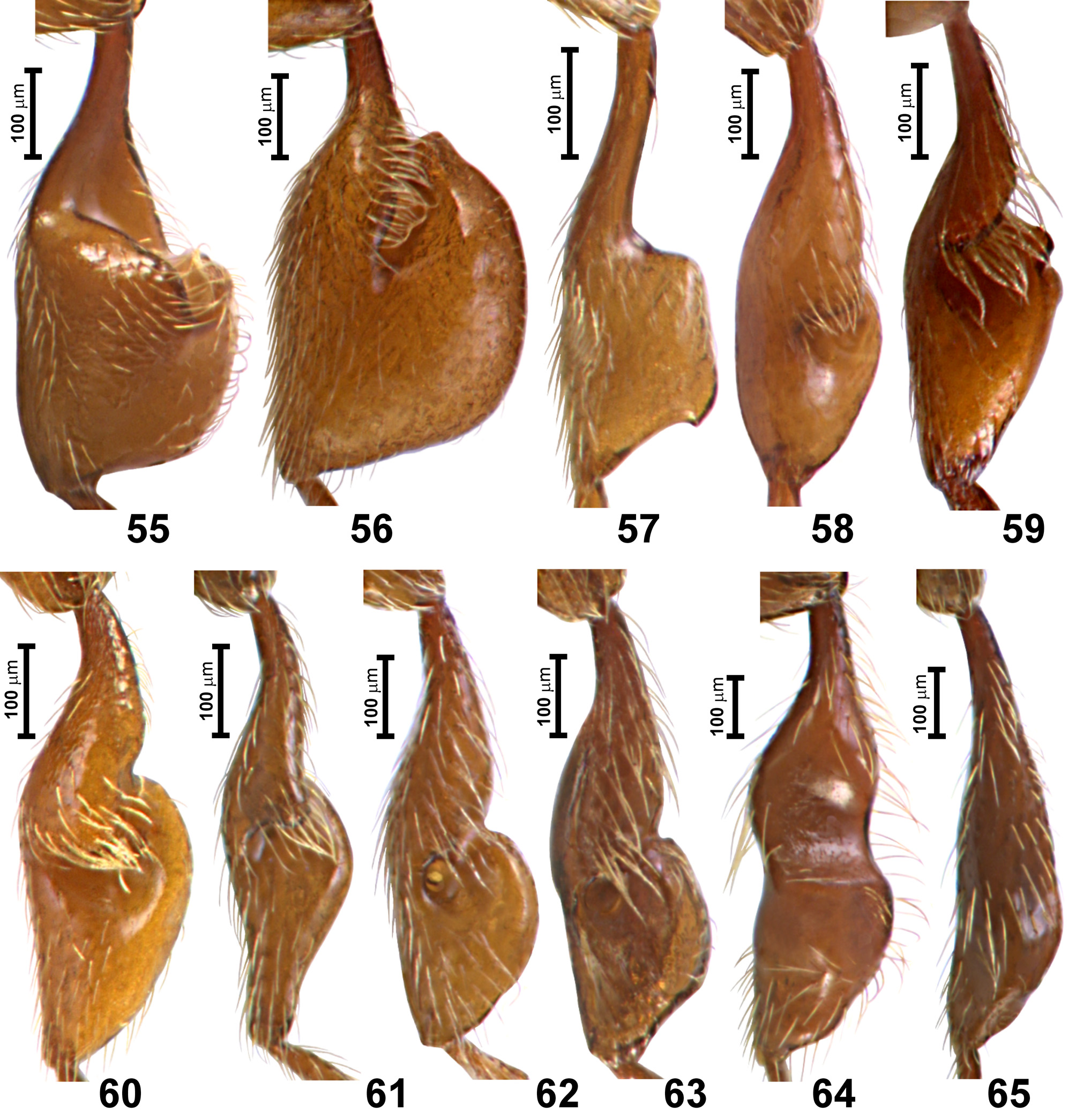