Sexual dimorphism profound; males of all species have strongly, often monstrously modified metatibiae ( Figs 11–12 View FIGURES 11–16 , 55–65 View FIGURES 55–65 ), which are abruptly or gradually broadened, and typically with a glandular dorsolateral, lateral or/ and ventral 'pocket'; in species lacking the 'pocket' a group of tiny pores can be seen in a submedian dorsal or dorsolateral region; 'pocket' is often accompanied by a group of conspicuously long setae. In one species also elytra are modified in males, with glandular subapical structures (a flattened area with a convexity, both bearing modified setae). Eyes in males are typically larger than those in females (except for one species). Protarsomeres in males are not broadened, and in both sexes tarsomeres I –III bear spatulate adhesive setae.

Distribution and composition. Corbulifer   comprises 10 species (2 known previously and 8 described as new) distributed in forests along the eastern coast of Australia. 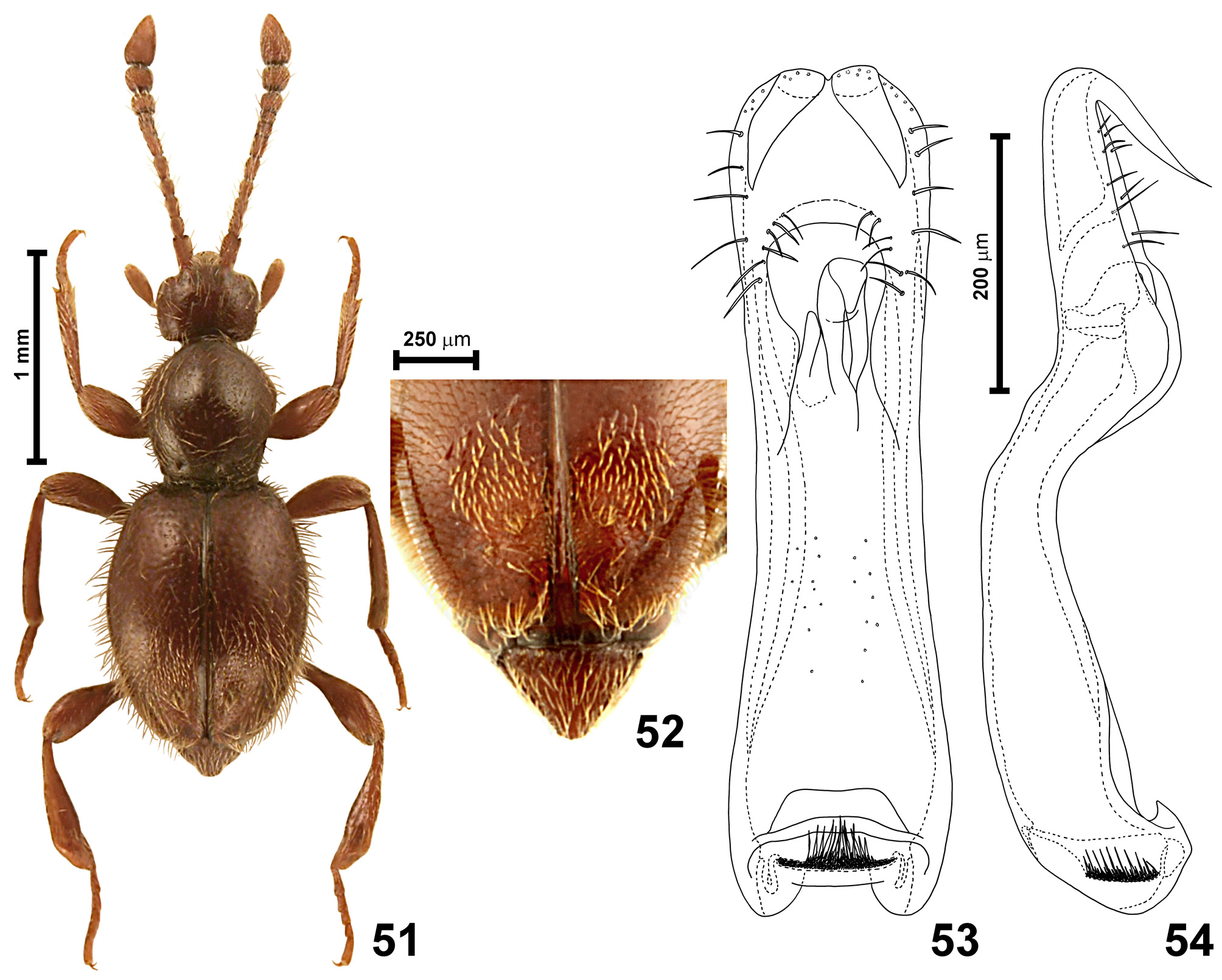