Elytra oval, broadest in front of middle; EL 1.10–1.23 mm (mean 1.16 mm), EW 0.90–1.03 mm (mean 0.97 mm), EI 1.18–1.23; apices separately rounded; subapical region of each elytron ( Fig. 52 View FIGURES 51–54 ) flattened, the flattened area with a small circular convexity close to the elytral suture, modified region covered with short flattened setae and dense tiny pores, except for the convexity, which bears a group of long and dense setae. Punctures on remaining elytral surface small and shallow but dense and relatively distinct; setae much longer and denser than those on pronotum, strongly erect.

Etymology. One of many meanings of the Latin adjective super   is 'extravagant'; males of this species have most extravagant sexual dimorphic features among all members of Corbulifer   .

Remarks. Males of Scydmaenus super   are most conspicuous of all species of Corbulifer   ; this is the only species of this subgenus with males bearing not only metatibial, but also elytral modifications. 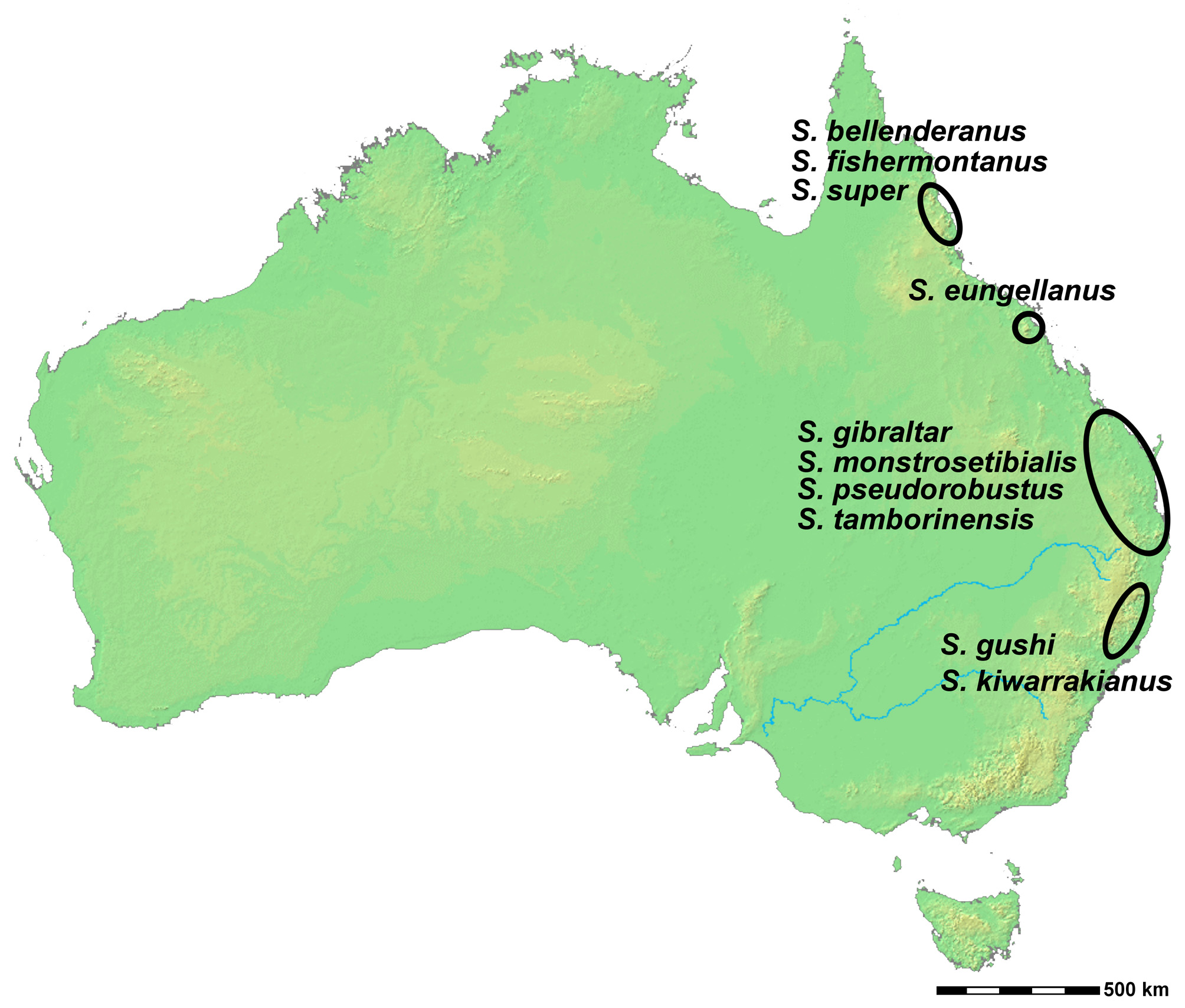