Euxoa araucaria  form argentina Draudt, 1924: 36  . Holotype: ♂ Argentina  , Andes (Fitzgerald) ( BMNH). Image examined. According to 45.6. 4 ICZN article: “it is subspecific if first published before 1961 and its author expressly used one of the terms "variety" or "form" (including use of the terms "var.,” "forma,” "v." and "f."), unless its author also expressly gave it infrasubspecific rank, or the content of the work unambiguously reveals that the name was proposed for an infrasubspecific entity, in which case it is infrasubspecific.” As mentioned before, and because there is no evidence that Draudt (1924) has referred to this taxon as lower in rank than subspecies, I consider it a subspecies and I agree with Poole (1989) to consider this subspecies as synonym of Euxoa araucaria Hampson.

Agrotis capayana Köhler, (1958)  1959: 54; Poole, 1989: 45 (world noctuid checklist). Holotype: ♂ Argentina  , Catamarca, Los Ángeles, Capayan, 1800m, II- 1941 (Schäfer) (ZSB). Image examined. Allotype: ♀ Argentina  , Catamarca, Hualfín, 1870m, III- 1941 (Pierrotti) (ZSB). Not examined. New synonym. Note: Köhler (( 1958) 1959) describes A. capayana  from two specimens of different sex collected at Catamarca, Argentina  . At IMLA there is one female labeled as allotype with same locality as mentioned by Köhler but neither the date nor the collector’s information matches. For this reason, allotype information (underlined) given consists of the data mentioned by Köhler and the data on the “allotype” at IMLA is placed as examined material.

Diagnosis. Agrotis araucaria  differs from other South American species of Agrotis  by the following combination of characters: 1) patagium concolorous with thorax and tegulum concolorous with patagium or lighter; 2) forewing basal line double; 3) distal margin of reniform spot with no streak, 4) in male genitalia uncus slightly curved, narrowed toward apex; 5) clavus cylindrical, 2–4 × as long as wide; 6) vesica 10 × as long as aedeagus; 7) in female genitalia ductus bursae 3 × as long as anterior apophysis; and 8) corpus bursae 9 × as long as anterior apophysis.

Biology. Weigert & Angulo (1977) describe the egg and give an identification key. Alcázar et al. (2004) give a diagnosis for each stage. In both works this species is treated as A. hispidula  . 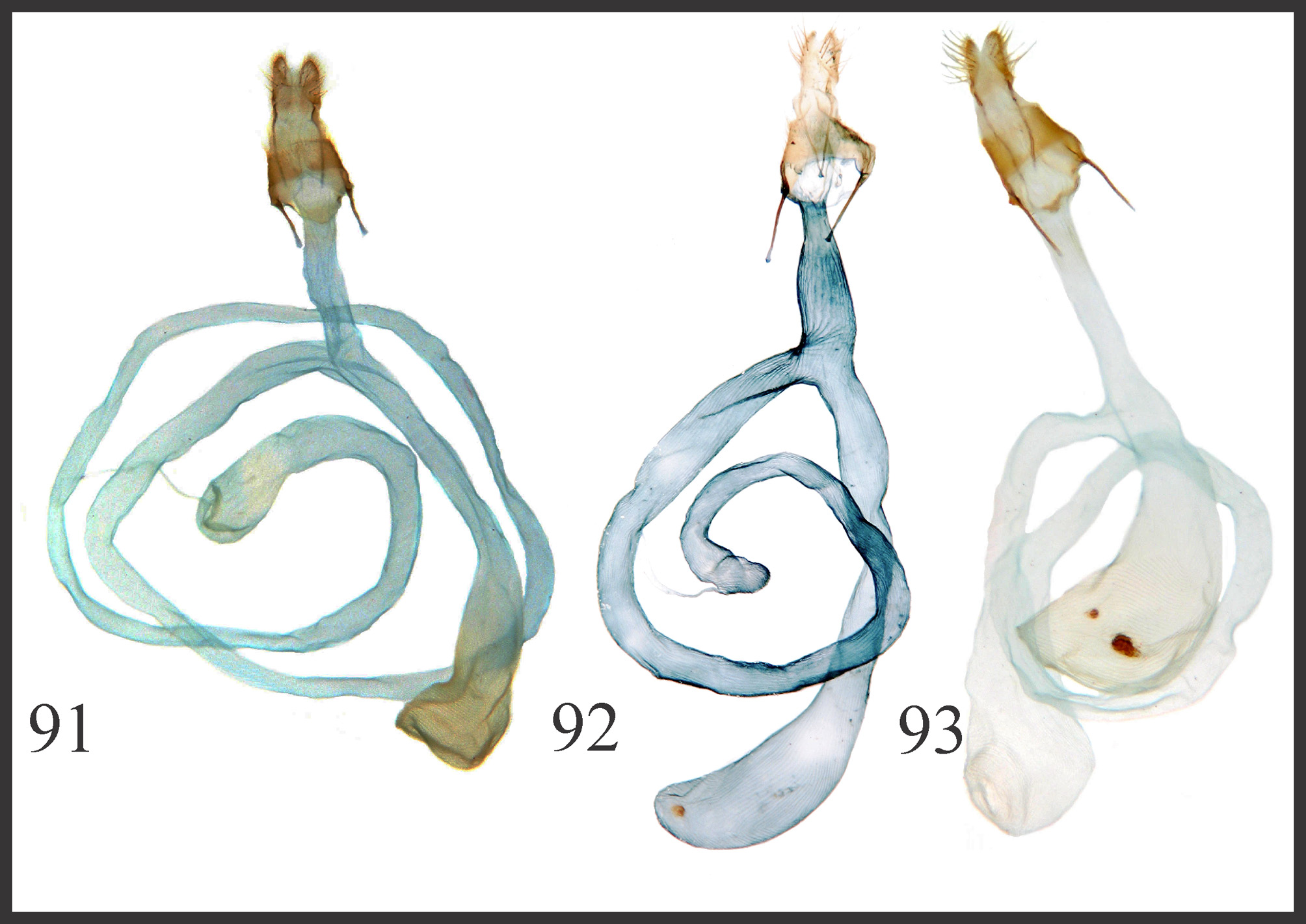