Diagnostic characters. Male: thorax pale, except the ventral portion of preepisternum which is brown; anal point broad, light brown at basal half, pale at apex; abdomen with brown pigmentation on posterior margin of T III –IV; fore tibia with a brown band at apex, mid and hind femur with a brown band at base. Pupa: frontal apotome elongated; spur on T VIII with 2–3 teeth, the outer tooth larger than others; TII with a posterior row of small sized hooklets restricted to medial area of tergite, not divided medially; T V with three fields of shagreen separated by bare   areas; T VII without shagreen; S VI with 3 LS setae.

Etymology. from latin, gracilis   , meaning slender, referring to the general shape of the hypopygium.

General coloration greenish. Head: eyes markedly metallic when alive or in alcohol; pedicel and flagellum brown. Thorax: pale, except the ventral portion of preepisternum which is brown. Legs: anterior leg most pale, with a brown band at apex of tibia; mid and hind legs most pale, with a brown band at base of femur; all coxa with a brown band. Wing: membrane with a medial light-brownish band (hard to see when slide-mounted). Abdomen: T III –IV with brown pigmentation restricted to posterior margin; TIX brown at the lateral margins, anal point light brown at basal half, pale at apex; gonocoxite and gonostylus pale.

Notes on biology of the species. The adult was reared from larva which had been mining leaves in a fast flowing, black-water stream. In the laboratory the mined leave was kept at regulated temperature of about 20 °C. The adult of S. gracilis   sp. n. emerged one week after the leave had been collected. 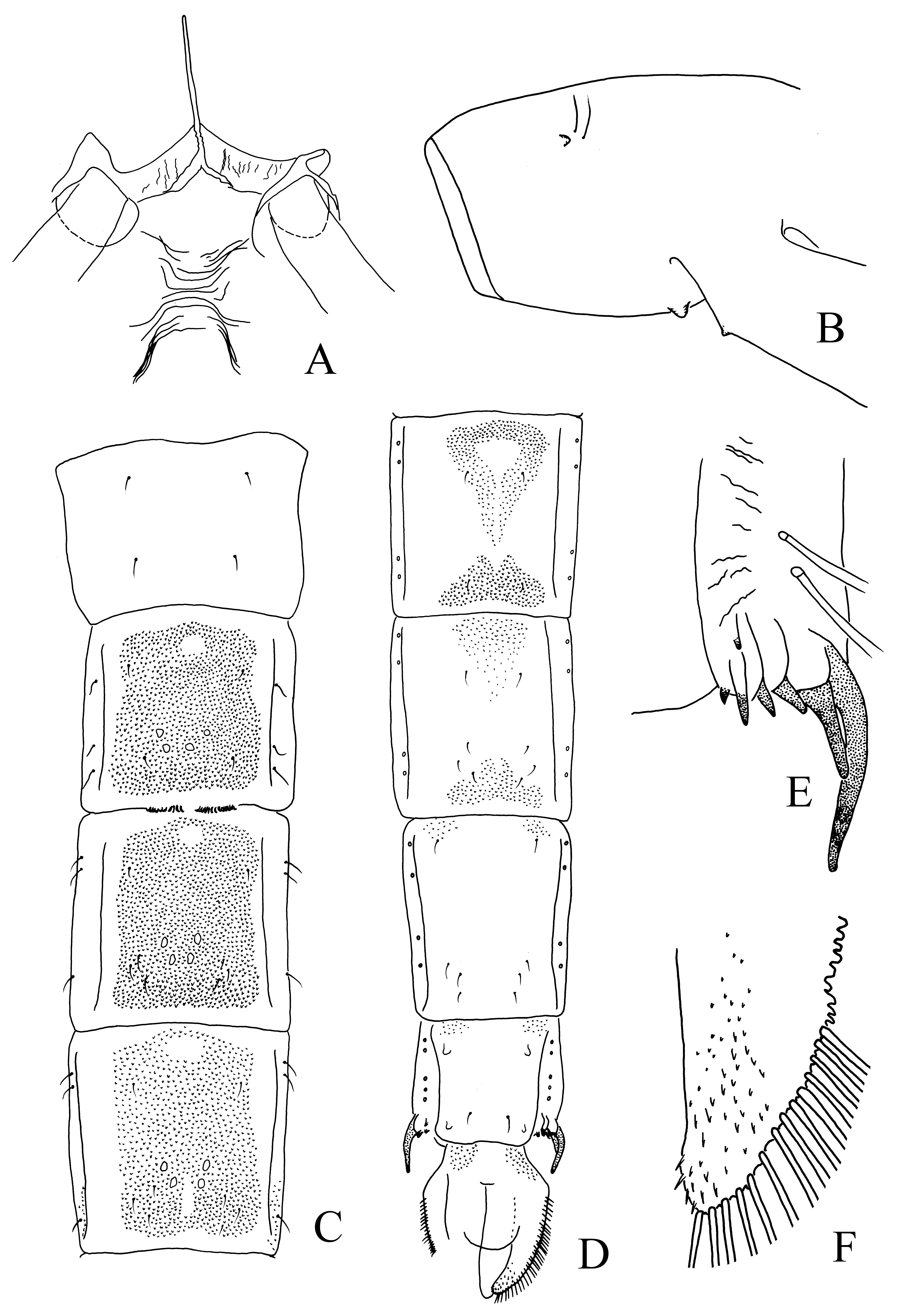 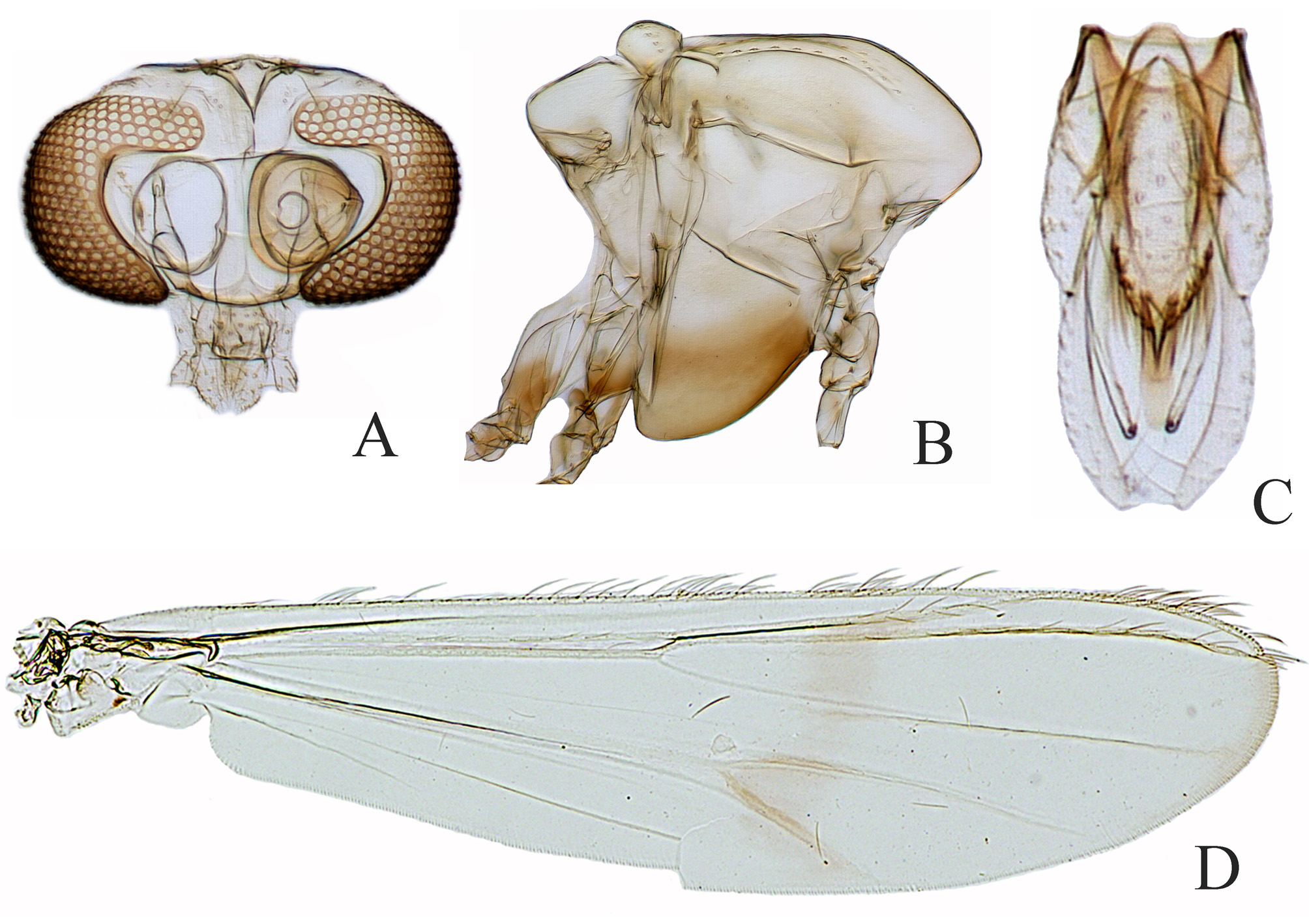 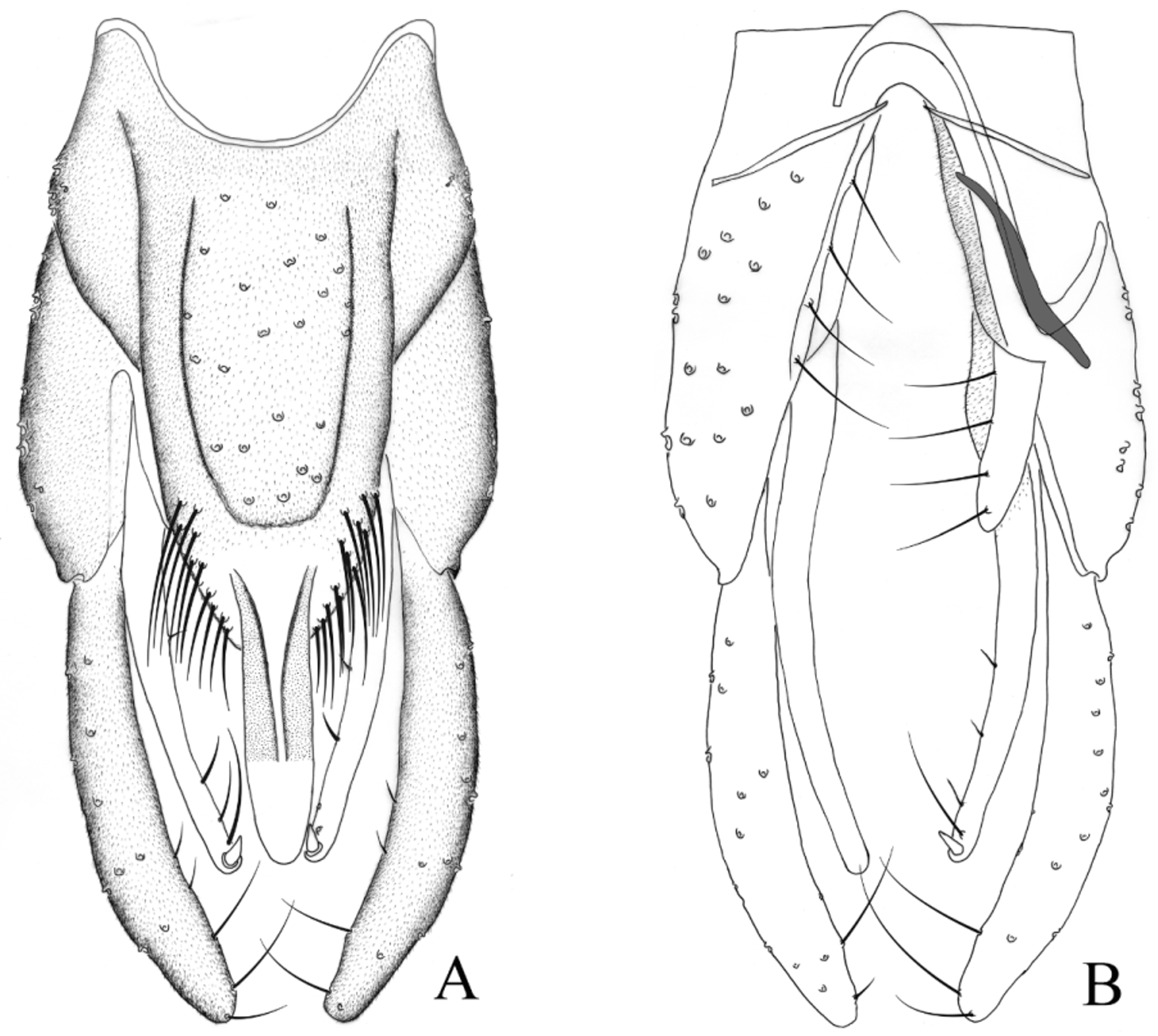