Diagnosis: Bothrops monsignifer may be distinguished from its congeners by the unique combination of the following morphological features: canthorostrals, a feature absent in the rest of Bothrops , present in some specimens; prelacunal fused or partially fused with 2 nd supralabial; internasals 1/1, sometimes separated by one scale; rostral trapezoidal; canthals 1/1, oval to rounded, with similar size or slightly larger than internasals; medial intercanthals 3–4; intersupraoculars 8–12; intercanthals and intersupraoculars keeled and frequently slightly keeled; supraoculars oval; suboculars 1–3; postoculars 2–3; loreal subtriangular; prefoveals 2–6; subfoveals absent; postfoveals 0–2; scales between suboculars and 4 th supralabial 1–2; supralabials 7–8; infralabials 9–11; middorsal scales 23–25; ventrals in females 189–195, in males 182–190; subcaudals in females 48–58, in males 54–63; subcaudals divided, exceptionally some of them entire; dorsal blotches triangular or subtriangular dark brown, usually fused on the vertebral line; additional markings between the blotches absent or faint in females, present and conspicuous in males; conspicuous and dark postocular stripe, 2.5–3.0 scales width, starting posteriorly to the eye, encroaching 2–3 supralabials and one infralabial, not bordered dorsally by a pale band (a feature displayed by many bothropoid species).

Comparisons (conditions for other species in parentheses) ( Fig. 9 View FIGURE 9 ). Bothrops monsignifer is easily distinguished from the species of Bothrocophias by the pattern of subtriangular and conspicuous dorsolateral blotches along the body (vs. crossbands irregularly outlined), the absence of upturned snout (vs. presence) and the absence of tuberculate keels in body scales (vs. presence). However, Bothrops monsignifer is similar to Bothrocophias microphthalmus and B. hyoprora by the presence of canthorostrals, tiny scales located between the rostral, nasal, internasal and/or canthal ( Fig. 8D View FIGURE 8 ). Although not present in all the specimens of Bothrops monsignifer , these unusual scales distinguish the new species from its congeners, as they were not observed in any other species of Bothrops .

Bothrops monsignifer is easily distinguished from the species of the “ B. alternatus ” and “ B. neuwiedi ” groups by the condition of the prelacunal scale fused with 2 nd supralabial ( Figs. 8 View FIGURE 8 B–D) (vs. not fused), and the absence of subfoveals (vs. presence). They are also distinguished by the pattern of subtriangular and conspicuous dorsolateral blotches on the body (vs. C-shaped or rectangular in “ Bothrops alternatus ” and trapezoidal in “ B. neuwiedi ”). Some immature males of Bothrops monsignifer may be confused with B. mattogrossensis (geographically close member of “ B. neuwiedi ”), because of their dark spots between dorsolateral blotches and labial scales (which tend to fade in adult males), features present in B. mattogrossensis .

The new species is distinguished from species of the “ Bothrops atrox ” and “ B. jararaca ” groups by the oval to rounded canthals ( Figs. 8 View FIGURE 8 E–F) (vs. elongated). It can be distinguished from Bothrops atrox (a geographically close member of the “ B. atrox ” group) by its pattern of subtriangular and conspicuous dorsolateral blotches (vs. trapezoidal with diffuse and pale edges), the presence of white bands over a dark ground color on the tail (vs. absence) and the ventral speckling (vs. ventral checkerboard pattern). Bothrops monsignifer can be easily distinguished from the species of the “ B. taeniatus ” group by the pattern of dorsolateral subtriangular body blotches (vs. banded) and the absence of black-greenish or brown-greenish coloration (vs. presence).

Bothrops monsignifer is similar to species of the “ B. atrox ”, “ B. jararaca ”, “ B. jararacussu ”, and “ B. taeniatus ” groups in the presence of a lacunolabial (i.e. prelacunal fused with 2 nd supralabial) and the absence of subfoveals. They also share the general shape of supralabials, which are bigger in size than those of species of the “ Bothrops alternatus ” and “ B. neuwiedi ” groups. The new species is most similar to Bothrops sanctaecrucis and B. brazili , geographically close species of the “ B. jararacussu ” group. They resemble each other in having oval to rounded internasals and canthals, and dark, conspicuous, triangular or subtriangular dorsolateral blotches. The absence of additional markings between dorsolateral blotches has only been observed in Bothrops muriciencis (a member of “ B. jararacussu ”, endemic to northeastern Brazil). Bothrops monsignifer can be distinguished from B. brazili by numbers of ventrals, prefoveals, medial intercanthals and gulars ( Table 2 View TABLE 2 ), larger dorsolateral blotches, and broad dark brown postocular stripe (vs. thin light brown or gray). It can be distinguished from Bothrops sanctaecrucis by numbers of ventrals, prefoveals, medial intercanthals, gulars and intersupraoculars ( Table 2 View TABLE 2 ), and by the relative size of canthals (small vs. large). The new species may be confused with Bothrops sanctaecrucis given their similar pattern of body coloration, but they are easily distinguished by the condition of the postocular stripe, which is conspicuous and wide in B. monsignifer and faint or absent in B. sanctaecrucis . We refer to Table 2 View TABLE 2 for additional comparisons between Bothrops monsignifer and geographically close species of Bothrocophias and Bothrops .

In life, dorsum of head uniformly brown, with a pair of dark brown parietal blotches, and two dark brown parallel occipital stripes that cover back of head and nape; postocular stripe uniformly dark brown; postocular stripe starts behind the eye, progressively widens, covering partly the last three supralabials, and ending behind the rictus; dorsal ground color of body pale brown to cinnamon. Each side of the body bears 18–20 subtriangular, capital A-shaped, dorsolateral blotches, which are dark brown and bordered in white. Some dorsolateral blotches are fused along the vertebral line; ventral surface of body finely speckled, speckling more conspicuous laterally; tail dark brown with white bands and distal half of the ventral surface pale orange; iris salmon-gray; tongue pinkish-brown.

After preservation in formalin and maintenance in ethanol 70%, ground color of head and body grayish-brown; dorsolateral blotches brown to dark gray, bordered with white; postocular stripe dark brown; parietal blotches tend to fade, but parallel dark gray stripes on the back of head mostly visible; orange pigment on the distal half of tail fades after preservation.

Intraspecific variation. Variation in measurements and scalation among the specimens of Bothrops monsignifer is summarized in Table 3 View TABLE 3 . All specimens of the new species display divided subcaudals, except for one ( COR- BIDI 2058), in which 10 of 63 subcaudals are undivided, a rare condition within Bothrops . Coloration of head and body is sexually dimorphic: supralabials, infralabials and gulars are immaculate or slightly speckled in females while they are mottled in males, including conspicuous markings between 3 rd– 4 th supralabials in immature males; dorsolateral blotches in females are mostly not fragmented, some of the blotches of the same side of the females are fused together forming double elongated markings; in males, dorsolateral blotches are mostly fragmented in a trapezoidal upper portion and a pair of rounded inferior blotches, and no lateral blotches are fused; additional markings between dorsolateral blotches are absent or faint in females, and are present in males, being more conspicuous in immature males; in females, the anterior portion of the ventral surface of body is almost immaculate, while in males it is slightly to strongly speckled. Peruvian and Bolivian specimens of Bothrops monsignifer show geographic variation in one character of head scalation: all Peruvian specimens present a small scale separating the internasals, while this scale is lacking in Bolivian specimens ( Figs. 8 View FIGURE 8 E–F).

The general structure of the hemipenis of the new species is similar to that found in Bothrops sanctaecrucis , B. brazili , and B. jararacussu ; and the presence of a swollen intralobular area in the hemipenial lobes is apparently a synapomorphy of the group. However, while the new species and B. sanctaecrucis display hook-shaped spines on the lobes, these spines are slender and curved in B. brazili and B. jararacussu .

Distribution and natural history ( Figs. 11–12 View FIGURE 11 View FIGURE 12 ). Bothrops monsignifer is a montane species distributed along the Cordillera Oriental in the Central Andes, from southern Peru to central Bolivia. In Bolivia, it is known from the departments of Santa Cruz, Cochabamba and La Paz. In Peru, it is known only from four localities at the department of Puno, in the humid montane forest (Yunga ecoregion, according to Brack 1986) of the Cordillera de Carabaya, in the upper Inambari and Tambopata basins. The Cordillera de Carabaya represents a mountain range that extends in a northwest-southeast direction, and constitutes a northern limit for the Altiplano Plateau ( Kontak et al. 1990); it continues in a southeasterly direction in a series of mountain ranges that conform the Cordillera Oriental in northwestern-central Bolivia. The type locality of Bothrops monsignifer (area of Refugio Los Volcanes) is located in the “Elbow of the Andes”, an area where the Andean Range turns south. This is a transitional area where the Southern Andean Yungas (Tucuman-Bolivian forest) replaces the Bolivian Yungas, and different ecoregions are represented, from Amazonian and Andean forests to open forests of the Chaco and Cerrado ( Mueller et al. 2002; Harvey & Muñoz 2004; Perger & Guerra 2012).

Bothrops monsignifer seems to be restricted to montane forests on the eastern slopes of the Andean Mountain Range, at 890–2133 m. Apparently it is restricted to specific conditions within montane forests, which makes it a rare species and quite difficult to find. In the area of Refugio Los Volcanes ( Bolivia), four individuals, including the holotype and one paratype, were found in a period of three weeks. During that time, as many as twelve individuals of Bothrocophias andianus were observed in the same area. Although Bothrocophias andianus and Bothrops monsignifer are sympatric, they seem to occupy different ecological niches. The new species seems to prefer areas devoid of large trees, which are slightly less humid and more exposed to sunlight, whereas Bothrocophias andianus is only found in very humid, dark and overgrown forest. In the locality of San Juan del Oro, Sandia Province ( Peru), Bothrops monsignifer is sympatric with Crotalus durissus ( Remuzgo et al. 2000) . The distribution of Bothrops monsignifer and B. sanctaecrucis is apparently disjunct, with B. sanctaecrucis inhabiting lower altitudes than the new species (altitudinal records of specimens examined in this study range between 210–380 m). Miranda Calle & Aguilar-Kirigin (2011) reported an extension in the altitudinal distribution of Bothrops sanctaecrucis based on the record of the specimen CBF 3359, which we identified in this study as belonging to the new species.

Adults of Bothrops monsignifer most probably feed on rodents. One of the dead individuals from Bolivia (MNK 5557) had traces of rodent hair in its feces. The adult female CORBIDI 10377 View Materials gave birth eighteen neonates (two dead and 16 live) on February 3, 2007 at the Instituto Nacional de Salud ( INS, Lima, Peru) .

Etymology. The specific epithet is derived from the Latin (noun) by the union of “mons” (=montane) + “ignifer” (=flame, fire or flash), meaning fire mountain or volcano, in allusion to the location where the first Bolivian specimen was photographed (Refugio Los Volcanes, department of Santa Cruz, Bolivia). 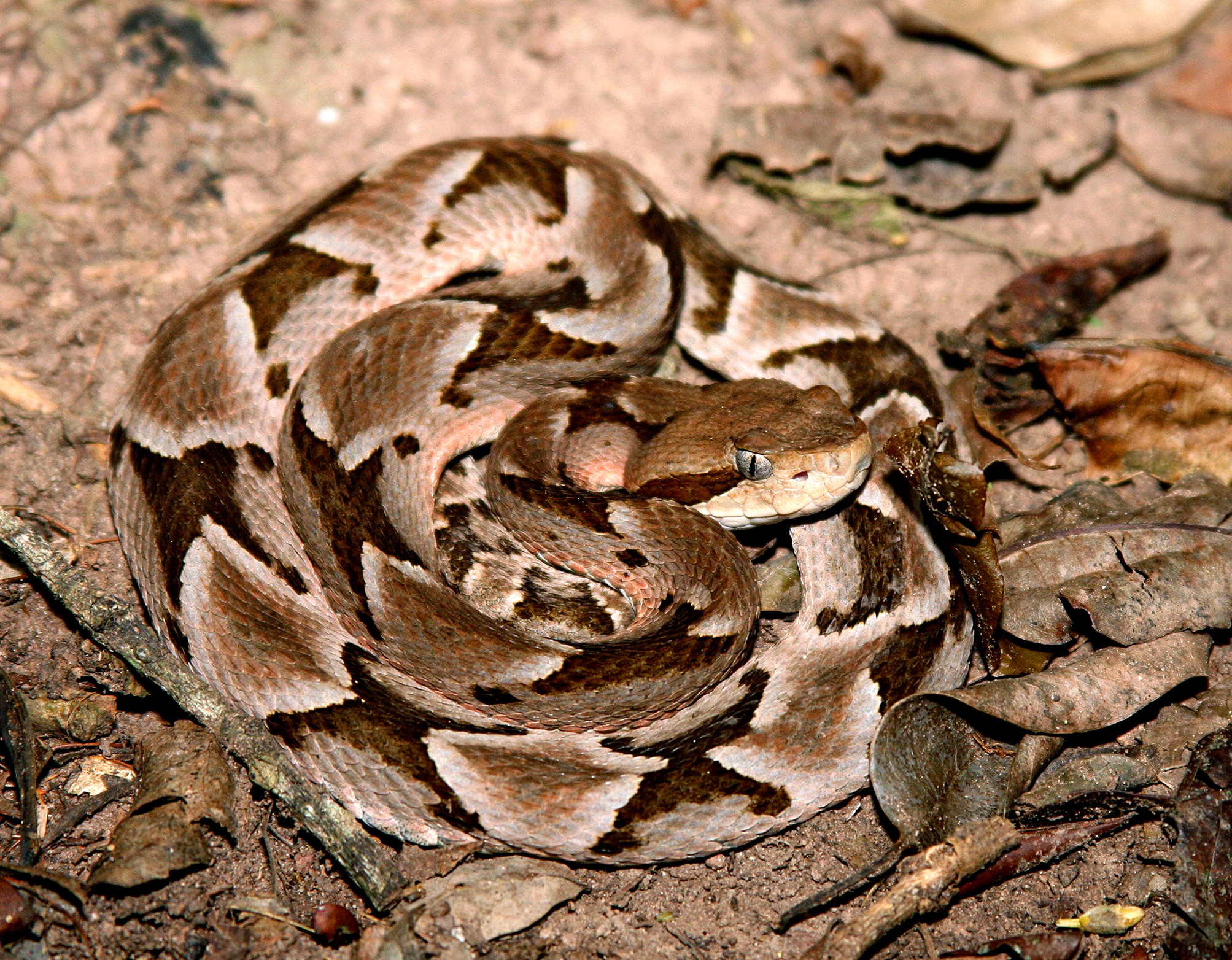 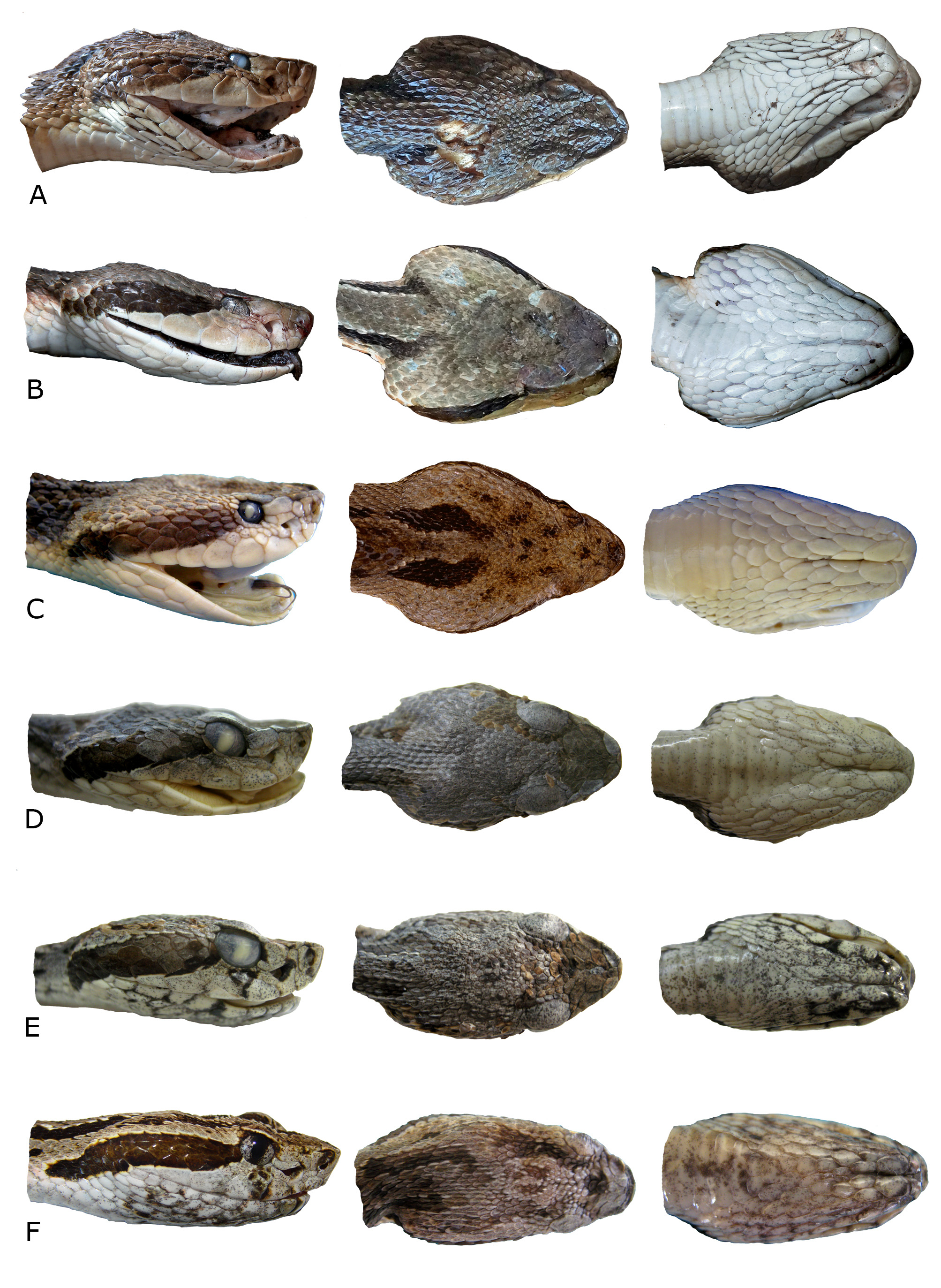 FIGURE 11. Distribution of Bothrops monsignifer and geographically close species of Bothrops and Bothrocophias (based on the specimens examined).

FIGURE 11. Distribution of Bothrops monsignifer and geographically close species of Bothrops and Bothrocophias (based on the specimens examined).