Annotations: Roser (1840) described P. calceatus   from an unknown number of specimens. Detailed information on the history of Roser’s collection can be found in Kehlmaier (2006). At SMNS, a single female specimen was obtained showing a label stating “ Pipunculus calceatus   m.” in Roser’s hand-writing and another label stating “ Type ” [written in red] in Lindner’s hand-writing. The specimen is hereby designated lectotype and was labelled accordingly. One additional male and one female of P. c a l c e a t u s were received labelled as “ Pip. calceatus   v. Ros.” by Lindner only. These specimens are not considered having type status here due to the lack of any evidence for this.

Thomson (1870) described P. pulchripes   from an unspecified number of females collected in “Funnen i Skåne”. Collin (1956) designated a lectotype and put the name in synonymy with P. calceatus   . Study of type material at ZML confirmed the synonymy.

For the eastern Palaearctic region, P. calceatus   is known from the Korean Peninsula as mentioned in Kozánek & Belcari (1995) as unpublished data from Kozánek. 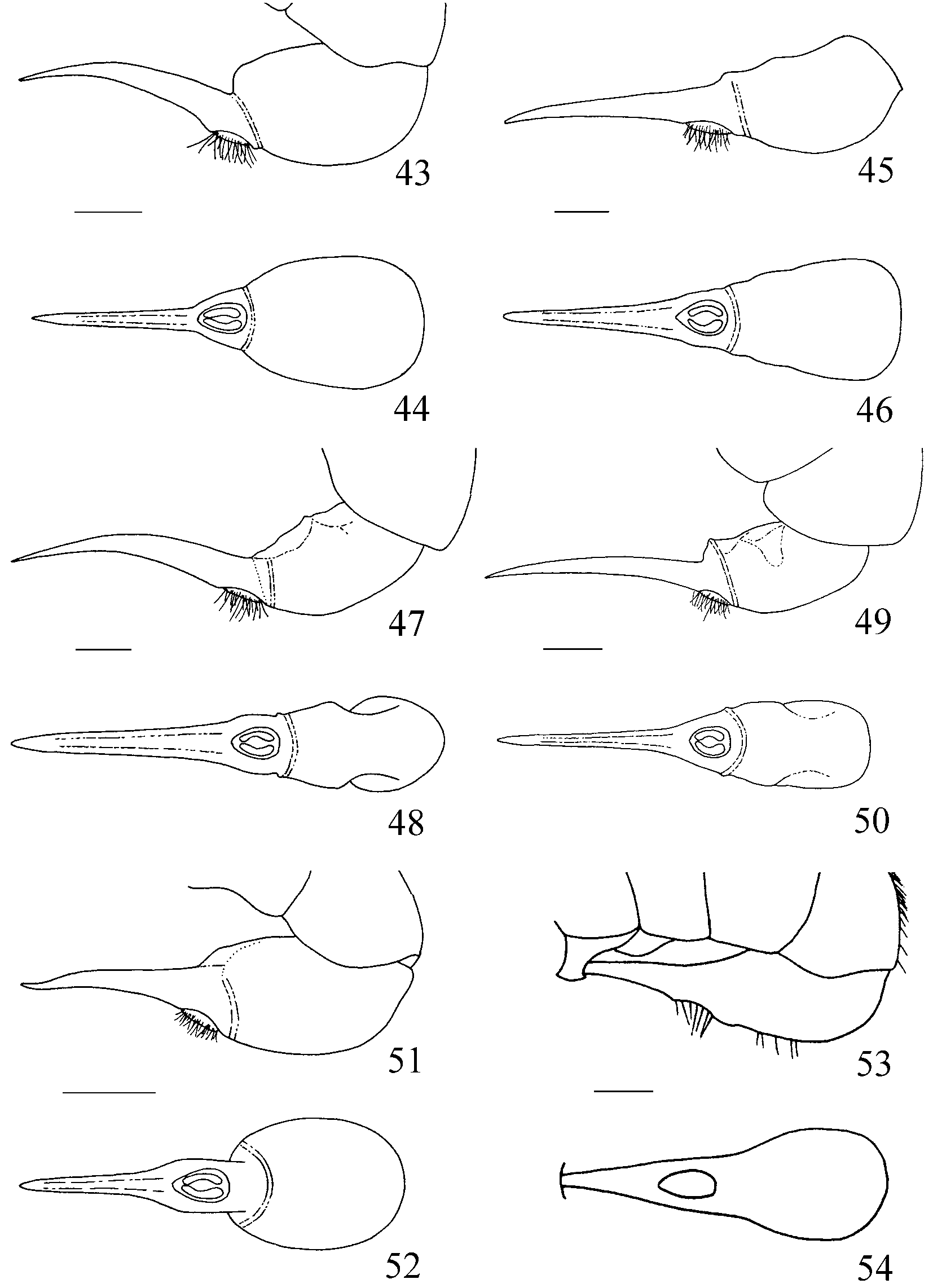