Biology. Unknown. Immature stages of O. caesariata   (egg) and O. delicatula   (first instar) are described herein. Distribution. Northern South America and Panama ( Fig. 1 View FIGURE 1 ), with a range in elevation from 150–1280 meters. Phylogenetics. Six species are recognized. As part of a separate study, we have sequences including 18 S (783 bp), 28 S D 2 –D 5 (1120 bp), COI (1041 bp) available for four species, O. caesariata   , O. delicatula   , O. reburra   and O. erwini   (Mottern & Heraty in prep). In those results (likelihood and parsimony using PAUP and RAxML), the festiva   -group is monophyletic, with two species pairs: O. caesariata   + O. reburra   and O. delicatula   + O. erwini   . These results are reinforced by morphological differences. Both O. caesariata   and O. reburra   have long setae on the head, mesosoma and petiole, which in Orasema   is otherwise known only in the Orasema   coloradensis- group. The longitudinal groove between the torulus and eye is shallow, hardly visible, and not surrounded by a depression in O. reburra   , and is absent from O. caesariata   , but is deeply impressed and surrounded by a depression in the other species. This feature does not occur in a similar form in any other Orasema   and would support the monophyly of O. alvarengai   , O. delicatula   , O. erwini   and O. festiva   . No other characters appear to delineate groupings within this complex. 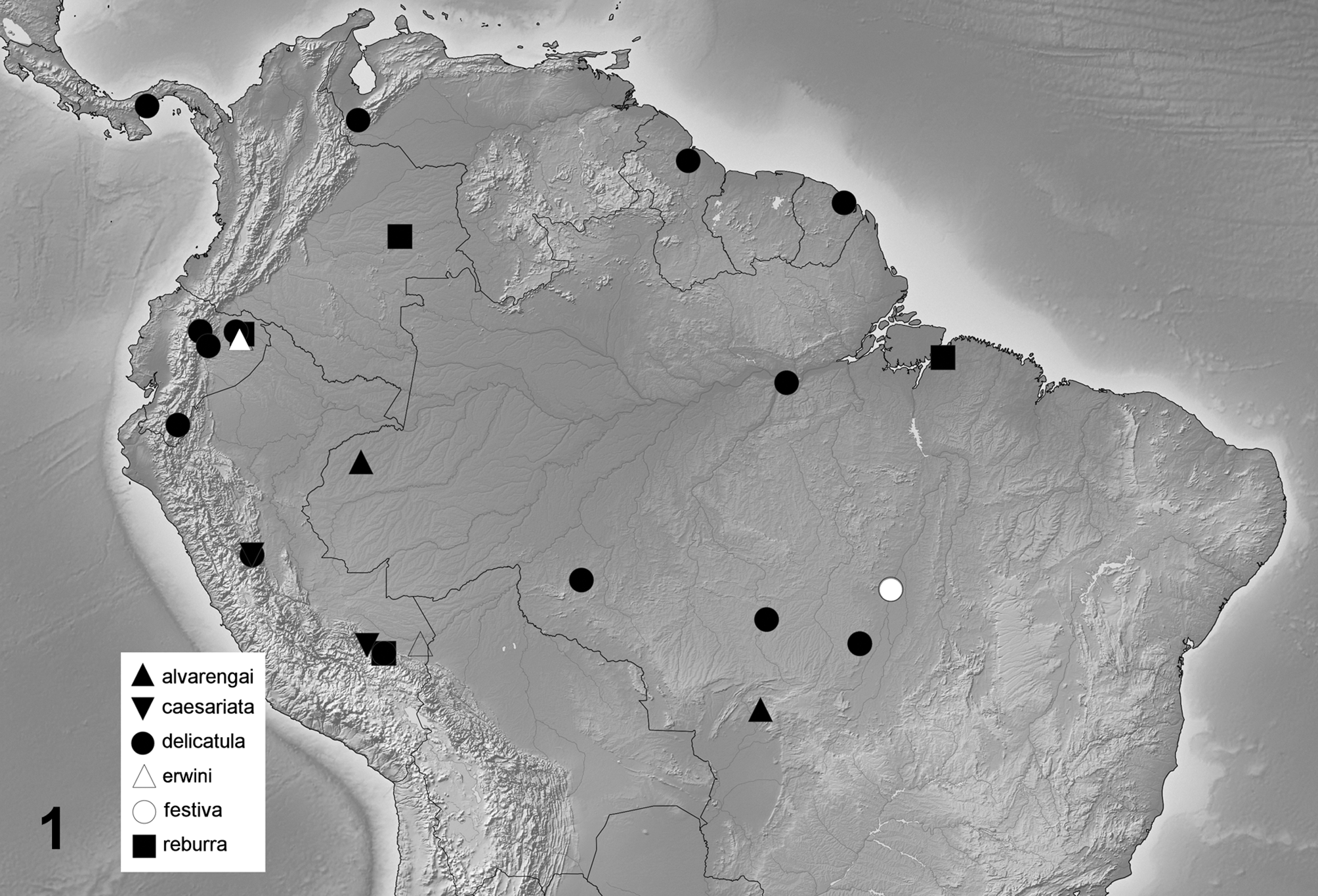 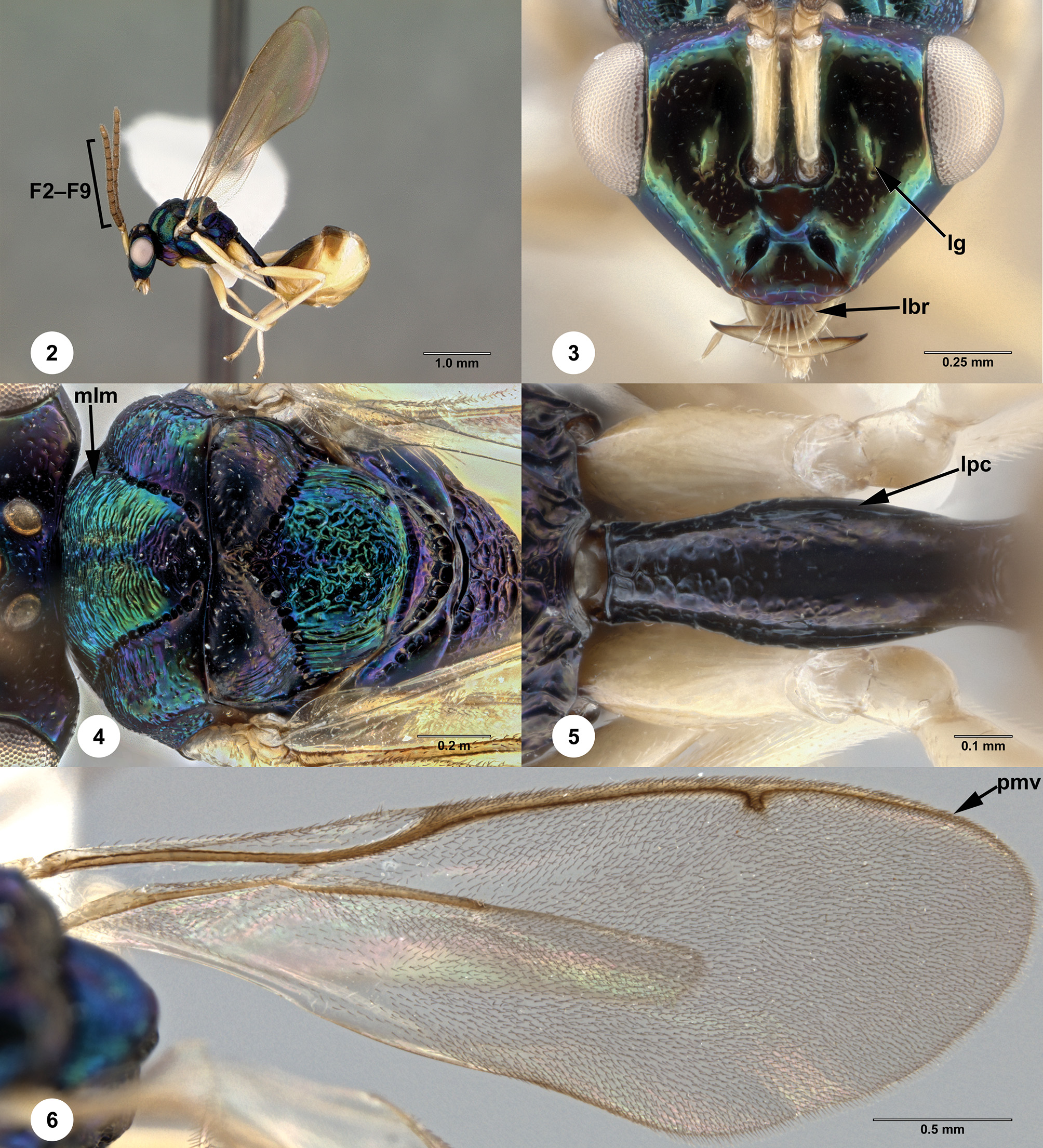 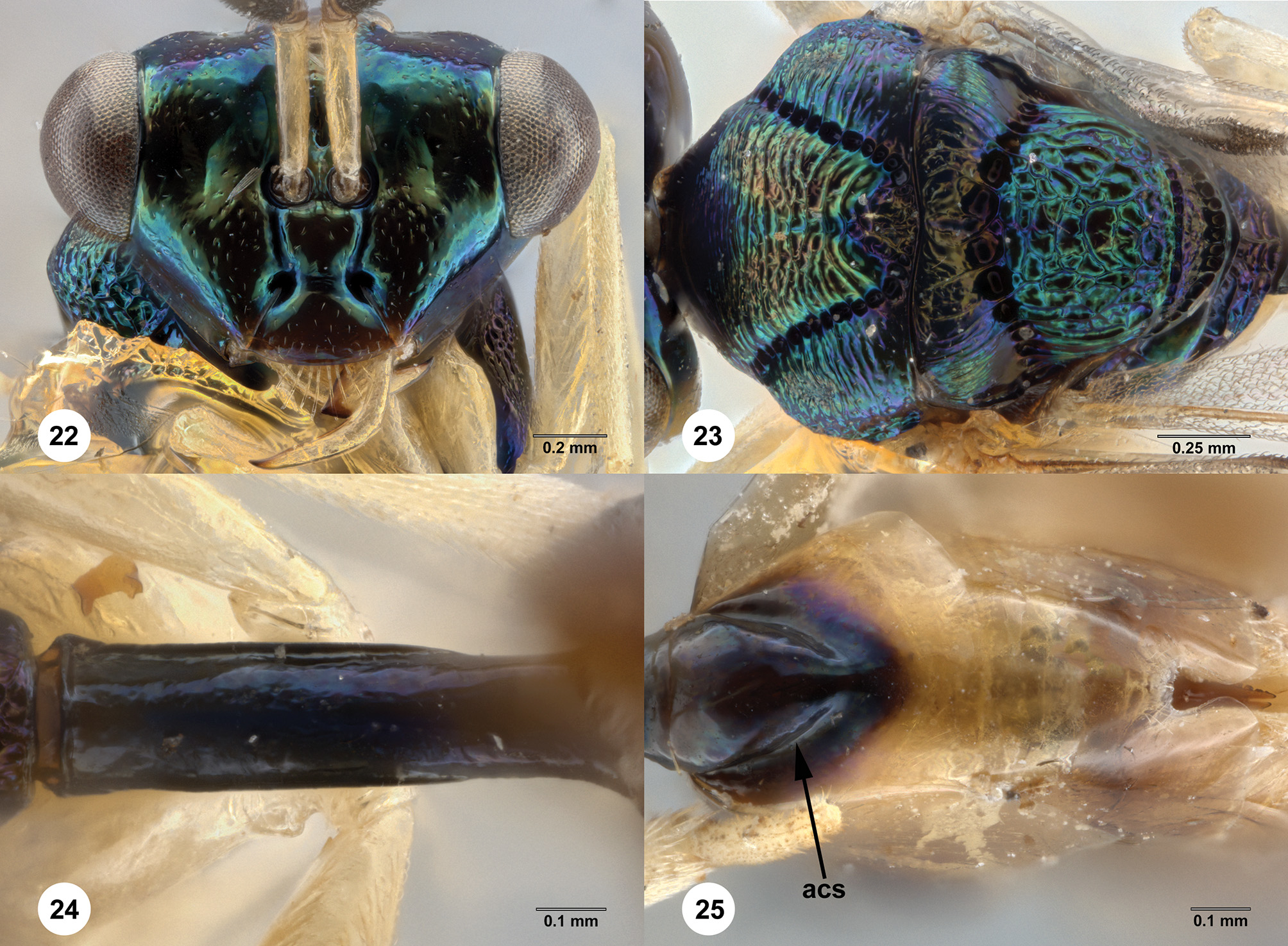