Yellowish brown. Head without or with three reddish brown bands on vertex and face. Pronotal disk with reddish brown spots and longitudinal stripes.

Interocular space weakly less than the distance between the antennal sockets. Maxillary palps with segments 3 and 4 about equal, each distinctly longer than the fifth segment. Tegmina and wings fully developed extending well beyond the end of abdomen. Wings with subcosta and costal vein thickened on distal halves, 7–10 branched; median vein simple; cubitus vein with 3 complete branches, the third branch bifurcated, apical triangle small. The front femur Type B 3, tarsal claws symmetrical with subobsolete denticles on the ventral margins. The eighth segment of abdomen specialized with a group of setae near posteromedian margin.

Comments: The species is similar to M. punctalata   and M. nimbata   , but can be distinguished by the larger size, tegmina and wings fully developed.

Etymology: This species is named after the famous cockroach specialist Frances A. McKittrick in honor of her great contribution to taxonomy. 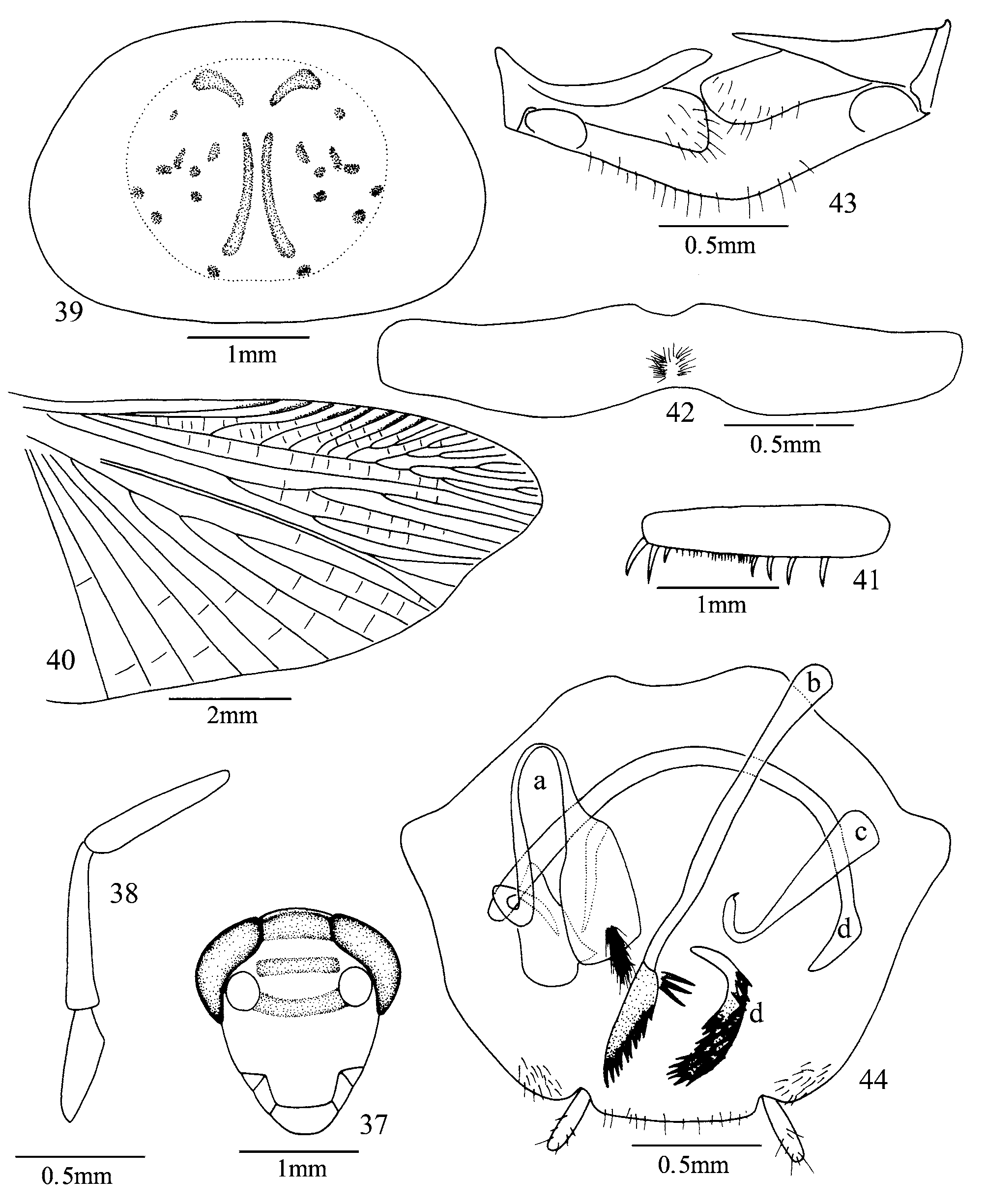