The specimens here examined are similar to S. nemorensis   , but some minor, yet invariant differences suggest that they could belong to a different species. It seems different also from the specimen recorded from Cyprus under Schendyla zonalis Brolemann & Ribaut, 1911   by Turk (1952).

According to Turk (1952), a male 20.5 mm long with 41 pair of legs, terminal legs with two coxal pores, twentyone teeth on the labrum, and teeth on the mandibles arranged in 3: 2: 3, has been recorded from Kannoures and identified as Schendyla zonalis Brolemann and Ribaut, 1911   , currently a junior synonym of S. carniolensis Verhoeff, 1902   whose distribution include Austria, France (mainland), Italy (mainland, Sardinia), Poland, Romania, Slovenia, Spain (mainland) and Ukraine. The taxonomic identity of this record should be reassessed. 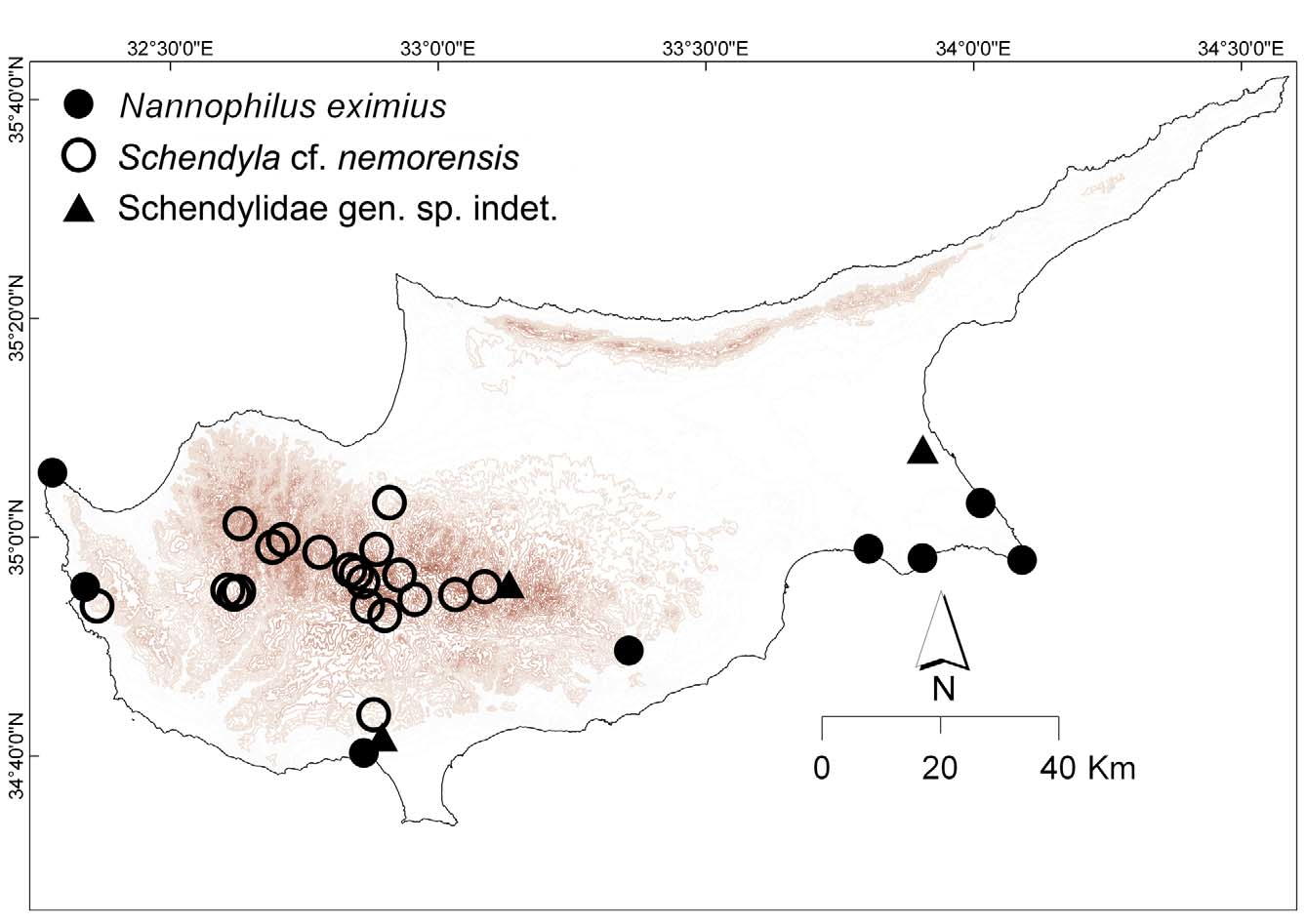