Diagnosis. This species is distinguished by the very short fine dorsal vestiture, elytra less than 1.6 times as long as the pronotum, and the male with frontocypeal plates and an abdominal sex patch. It differs from N. grossulus sp. nov., in being somewhat larger in size with coarser and denser pronotal punctation and acute frontoclypeal plates in the male.

Distribution. Known from only two localities in central QLD.

Etymology. Derived from the Latin acutus , meaning sharp, pointed, and referring to the acute frontoclypeal plates. 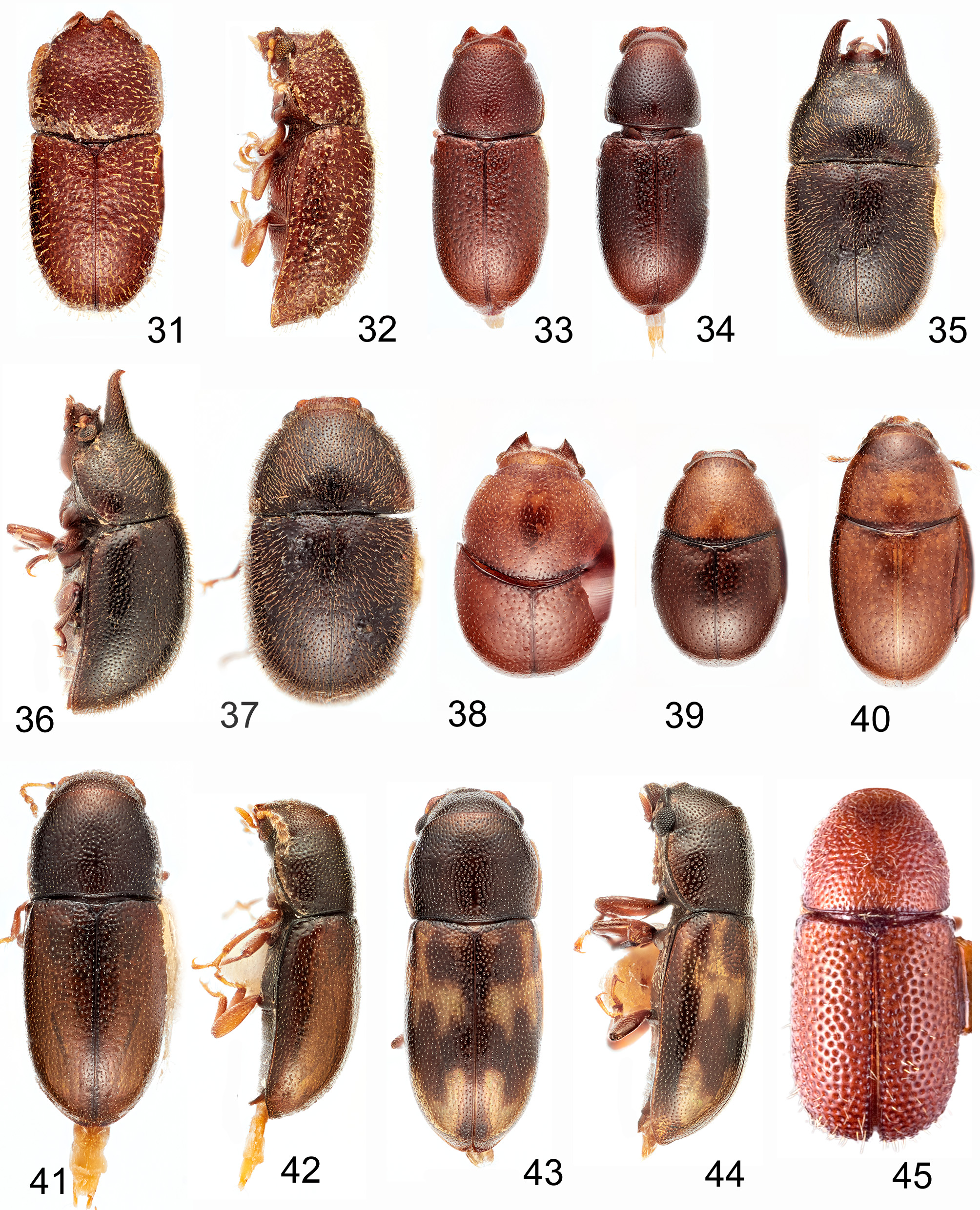