Ectophylla alba has been associated with Mesophylla , mostly based on their similar fur pattern. Monotypic.

Descriptive notes. Head-body 37-47 mm (tailless), ear 10-15 mm, hindfoot 7-10 mm, forearm 27-8-29-3 mm; weight 5-6 g. Skull is typical of species of Stenodermatinae. Fur is white, and rump and lower belly are pale gray, with gray eye rings. The Honduran White Bat has the most distinctive fur color pattern of any phyllostomid, giving it its common name. Eyes are black. Ears and noseleaf are bright yellow from deposits of significant amounts of carotenoid pigments in the skin, and noseleaf has smooth serrated edge. Ears are moderately large and rounded. Wing membranes are black, except for second interdigital membrane that is translucent; forearms, fingers, and thumbs are yellowish. Dental formula is I 2 /2, Cl/1,P 2/2, M 2/2 (x2) = 28. Upper incisors are conical, and I ave larger than P, with relatively broader bases. Premolars are aciculate, and P, almost touches C, and is smaller than P,. P, is deeply concave posteriorly, with conspicuous heel and cusp. M,is subrounded, with no trace of cusps other than longitudinal ridge in middle of deeply excavate crown. Chromosomal complement has 2n = 30 and FN = 56. Sex-determination system is the classic XX/XY.

Habitat. Lowland secondary forest with Heliconia ( Heliconiaceae ) and evergreen forests up to elevations of ¢. 750 m. The Honduran White Bat needs high canopy cover and low understory cover to establish roosts. It is considered a tent specialist. Whitish body pelage and yellowish ears and noseleaf might help it to blend in with surroundings during the day, because light that passes through sheltering leaves creates a diffuse yellowish green environment.

Food and Feeding. The Honduran White Bat feeds almost exclusively on fruits of Ficus colubrinae ( Moraceae ), which it seeks using its sense of smell. Recently, it has been observed feeding from F schippur.

Breeding. Lactating Honduran White Bats leave their young in roosts, and they can return up to six times per night. Young are able to fly at 3-4 weeks of age. In Sarapiqui, Costa Rica, young are born in April, and females nurse their young until June. It has been suggested that a second young can be born in August-September.

Activity patterns. The Honduran White Bat is nocturnal and roosts during the day. It roosts only in leaves of Heliconia or similar plants ( Musa spp., Musaceae ; seven other species known) at heights of 1-2 m. Leaves are modified to build a “boat-type tent.” Honduran White Bats usually use new leaves (less than 30 days of age) to construct tents.

Movements, Home range and Social organization. Female and male Honduran White Bats participate in the building of tents. Mean home range is 63-2 ha, and night movements are positively related to distribution of FE colubrinae. Groups are stable, usually made up of one male and several females. When a tent becomes unusable, a group moves together to a new leaf and builds a new tent.

Status and Conservation. Classified as Near Threatened on The IUCN Red List. The Honduran White Bat has declined at a rate of less than 30% over the past three generations (18 years) due to habitat conversion for urban areas. It almost qualifies as Vulnerable. 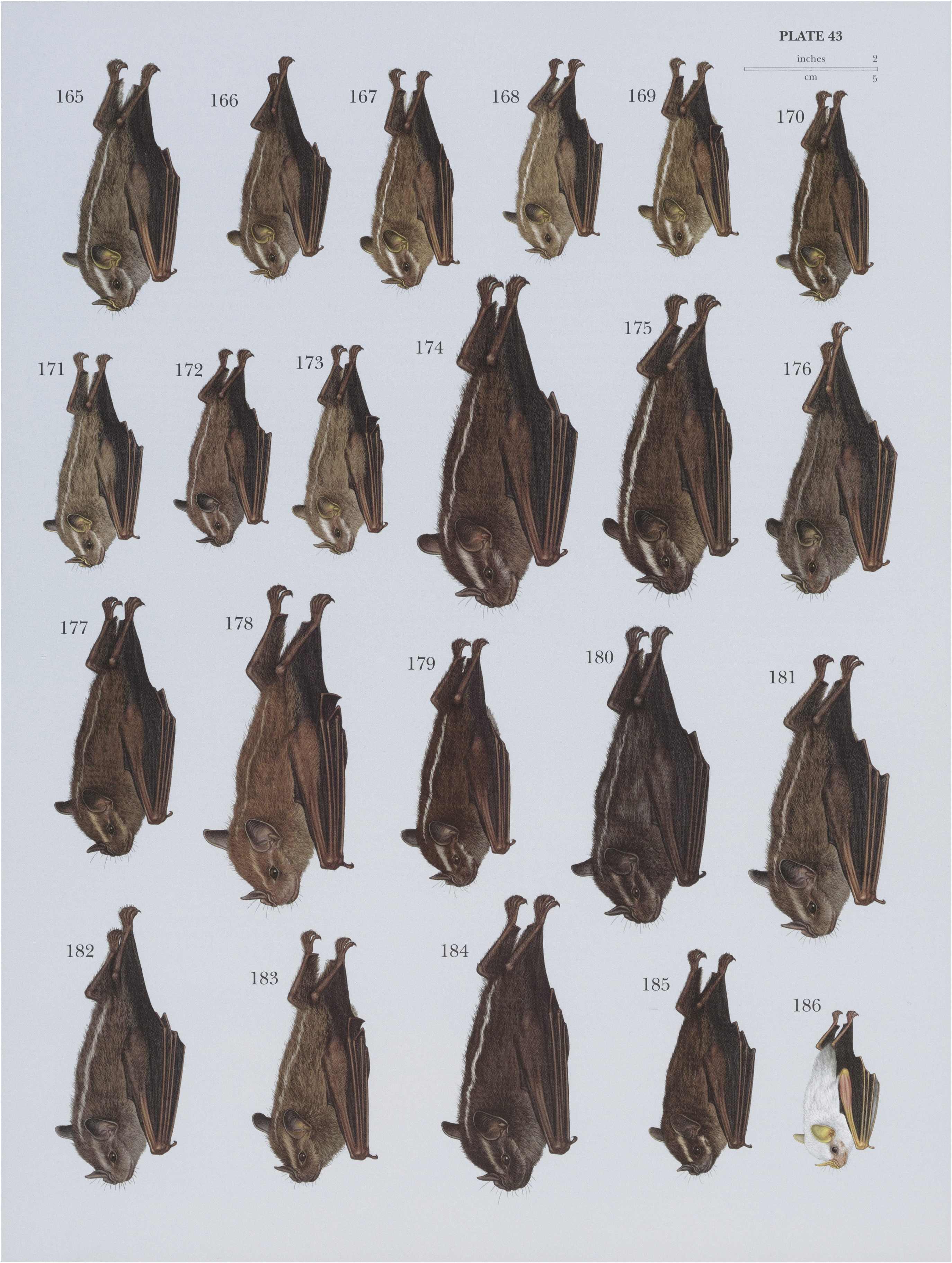 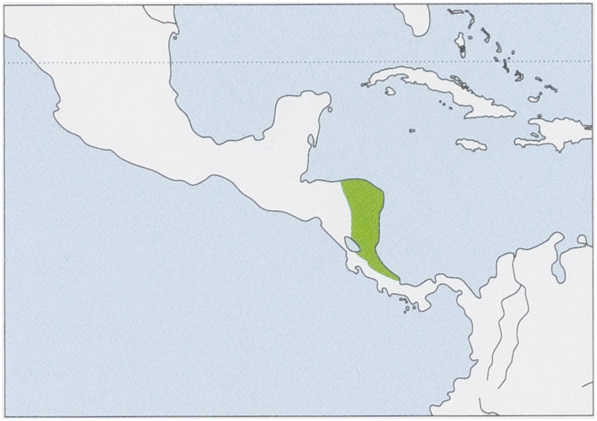