Breeding. Adult male Brosset’s Big-eared Bats and non-pregnant females have been caught in French Guiana in August and March.

Activity patterns. Brosset’s Big-eared Bats are crepuscular. Individuals were captured when they emerged from a hollow tree between 18:45 h and 19:15 h. They occur in hollow trees and have been caught in ground-level mist nets.

Movements, Home range and Social organization. There is a record of a colony ofat least four male and three female Brosset’s Big-eared Bats in a single roost in a hollow tree with only one entrance 1 m aboveground.

Status and Conservation. Classified as Data Deficient on The IUCN Red List. Brosset’s Big-eared Bat is rare, known only from ten specimens. Natural history and current population trends are unknown. Deforestation could be a conservation threat. 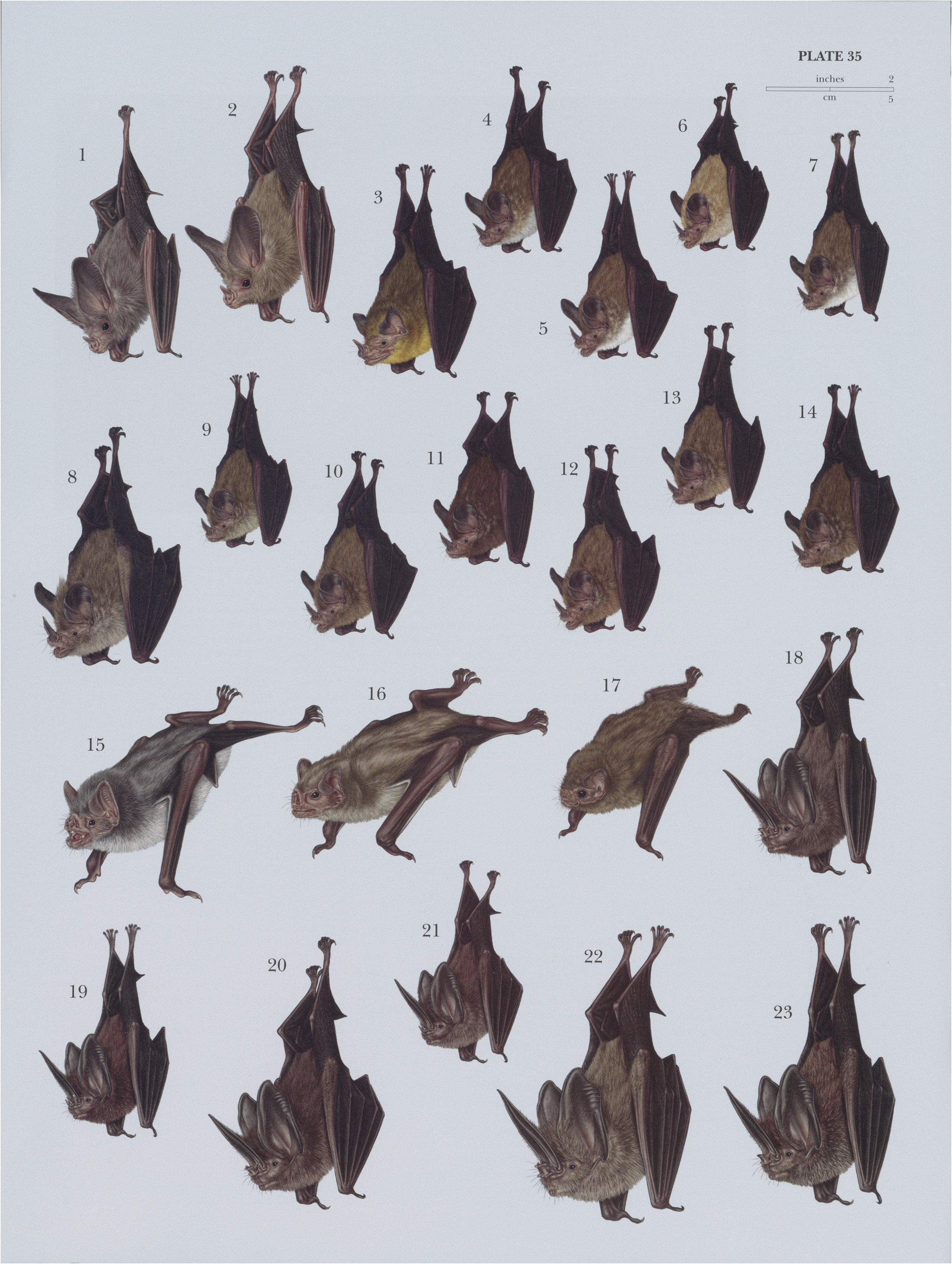 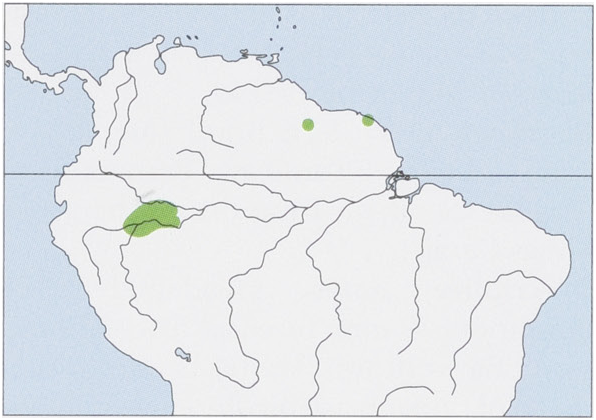 Distribution. Known only from NE Peru (Loreto Department), Guyana , French Guiana; one possible record in SE Brazil (Sao Paulo). It is expected to occur throughout Amazonia and Brazilian Atlantic Forest.