Records from western Colombia match the description of P. latifolius and might represent a disjunct population or unidentified taxon. Monotypic.

Descriptive notes. Head-body 78-82 mm, tail 13-17 mm, ear 27-29 mm, hindfoot 14— 17 mm, forearm 55-60-3 mm; weight 27-5-31 g. Greatest lengthsof skulls are 26-28-5 mm. The Guianan Spearnosed Bat is a little-known species of Phyllostomus , being small to medium in size compared with congeners. Dorsal pelage is dark smoky brown, with dark grayish tonalities in neck region. Venter pelage can be only slightly lighter brown or grayish and is often similar to dorsal pelage. The Guianan Spear-nosed Bat does not have the glossy aspect of other species of Phyllostomus . Dorsal hairs are bicolored, with dark gray or dark brown tips and lighter gray bases. Except for fur in proximal forearm, most bones of anterior limb and patagium are almost naked. Distal borderof plagiopatagium (arm-wing membrane) is attached to ankle. Ears are large and rounded, and noseleaf is wide and short, with poorly developed central rib. Calcaris large, and its length is greater than foot. Postorbital processis well developed and has conspicuous sagittal crest, and basioccipital bone is deeply pitted. I' is spatulated, I' and lower incisors are higher than wider,I is small, and lowerincisors are bifid. Chromosomal complement has 2n = 32 and FN = 58.

Movements, Home range and Social organization. A group of less than 30 Guianan Spear-nosed Bats including pregnant females occupied an iron cave in FLONA de Cara-Jas. In French Guiana, c.50 individuals formed a closely packed group with a larger group of Uncommon Sword-nosed Bats ( Lonchorhina inusitata ) hanging over a pool in a cave.

Status and Conservation. Classified as Least Concern on The [UCN Red List. Very few records of Guianan Spear-nosed Bats and scarce information available aboutits biology could contribute to shift in status to Data Deficient. According to the IUCN assessment, there are large areas of natural habitat remaining in its distribution. It appears to be closely associated with caves, which might be a restrictive factor for its conservation because part of its distribution is under mining pressures. 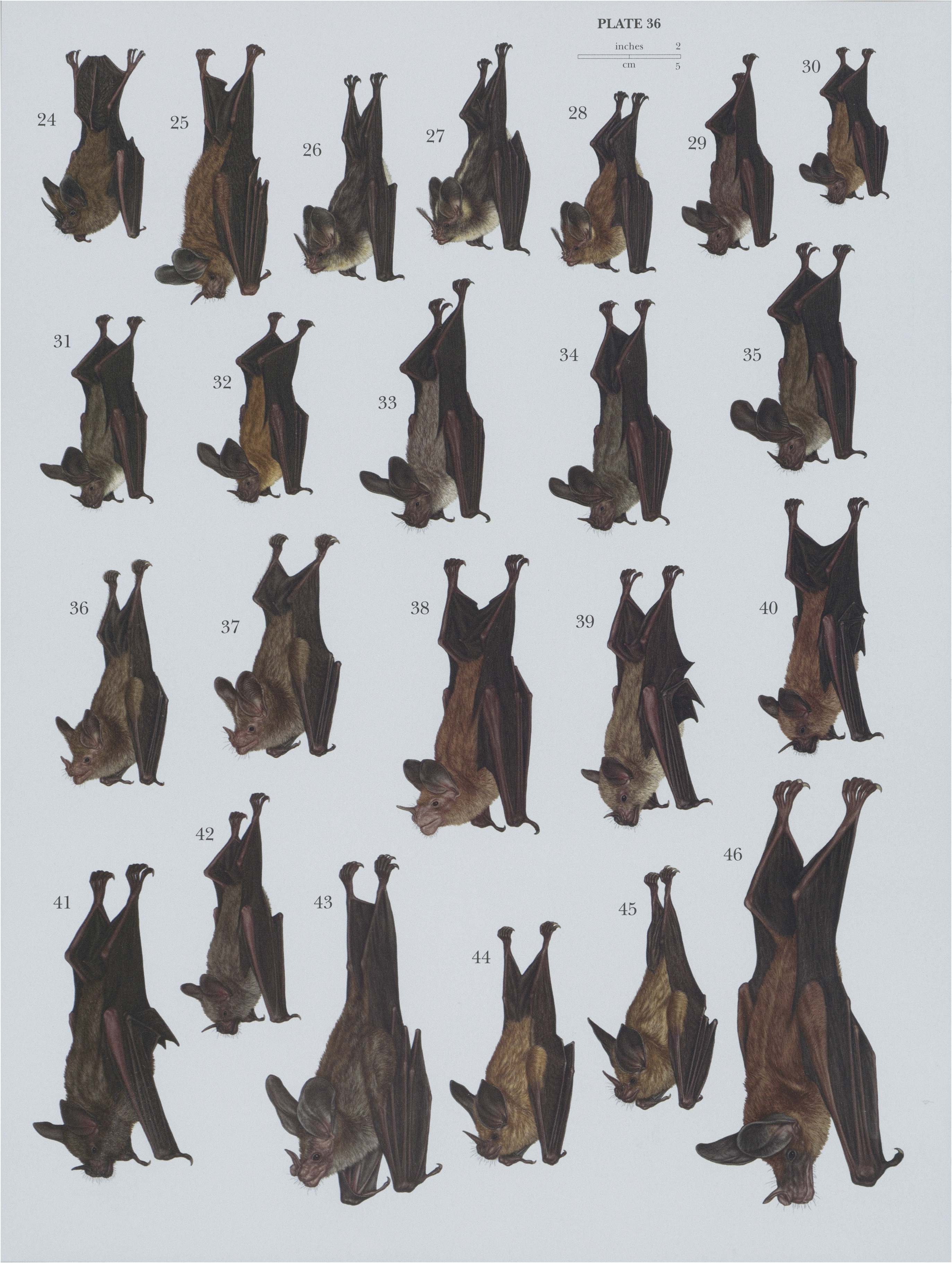 Distribution. SE Colombia , the Guianas, and N Brazil (E to Para and S to Mato Grosso).