Habitat. Tropical dry forest on west coast of Mexico (“selva baja”), mostly in lowlands but up to elevations of ¢. 1700 m. Habitat of the Banana Bat is characterized by distinct dry and wet seasons.

Food and Feeding. The Banana Batis a distinct nectar specialist and feeds almost entirely on nectar and pollen from a wide variety of nocturnal flowers, including columnar cacti, such as Pachycereus pecten-aboriginum ( Cactaceae ), trees such as Pseudobombax ellipticum and Ceiba spp. ( Malvaceae ), and some herbs such as Cleome spinosa ( Cleomaceae ). Its long tongue allowsit to extract nectar up to 7 cm inside flowers and gives it year-round access to all available nectar sources. Its common name is rather unfortunate and refers to it often being captured in banana plantations; however, because these plants came from the Old World,there is no evolutionary relationship between them and the Banana Bat.

Breeding. The Banana Bat has one reproductive peak per year, with reproductive females observed mostly during dry season in March-April.

Activity patterns. Banana Bats are nocturnal. Roost information is extremely limited, butit has been observed under rocky overhangs and in caves, mines, and culverts.

Status and Conservation. Classified as Vulnerable on The IUCN Red List. The Banana Bat occurs in Mexican tropical dry forest thatis highly threatened so its loss is of major conservation concern. 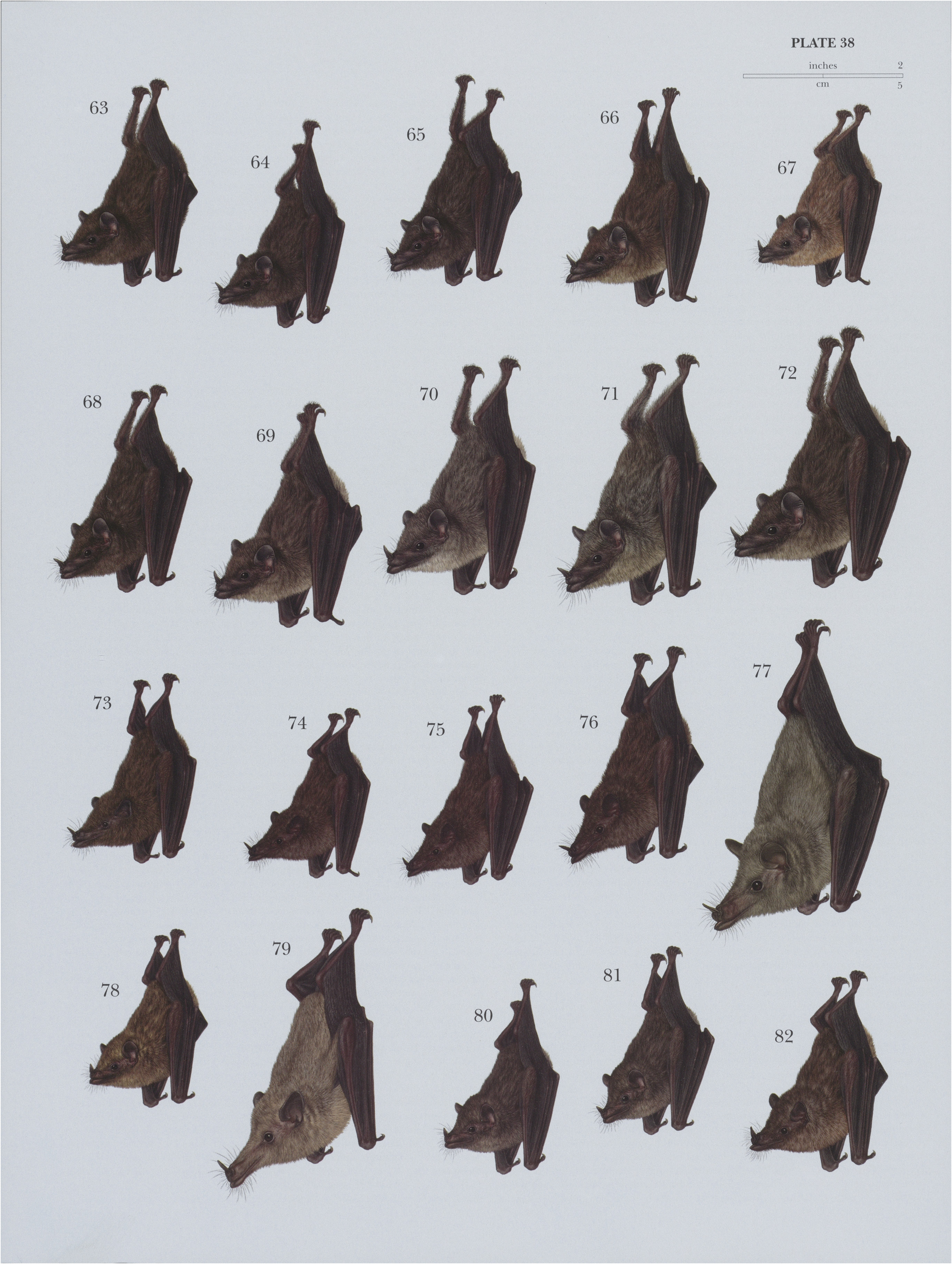