All populations in the genus Erophylla were once considered to be E. sezekorni , which is why some literature actually focuses on E. bombifrons but uses than name E. sezekorni . It is uncertain if santacristobalensis is really a separate subspecies; additional research is needed. Two subspecies recognized.

Descriptive notes. Head-body 80-88 mm, tail 13-17 mm, ear 17-19 mm, hindfoot 13-15 mm, forearm 47-51 mm; weight 16-21 g. The Brown Flower Bat is mediumsized. It is noisy and very alert in caves during the day. Fur is short and silky, chestnutbrown dorsally and paler ventrally and on face and head. Hairs are white at bases and brown at tips. Flight membranes and ears are light brown and devoid of hair. Snoutis elongated and contains long protrusible tongue, covered with bristle-like papillae and rather thick compared to that of Leach’s Single-leaf Bat ( Monophyllus redmani ). Noseleaf is clearly defined, but it is much shorter and rudimentary than in most phyllostomids. Braincase rises abruptly from rostral plane, and zygomatic arches are complete. Dental formula for both species of Fraphyllais 12/2, C1/1,P2/2,M 3/3 (+2) = 32, and teeth are small and do not have W-pattern. Diploid numberis 2n = 32; all autosomes are biarmed, and most are metacentric and submetacentric. X-chromosome is the largest, and Y-chromosome is minute.

Food and Feeding. Diet includes fruit, nectar, and insects. Of 109 individuals from Puerto Rico, 75% had consumed insects, 76% nectar, and 85% fruits; c.50% had consumed all three. Coleopterans were most common in fecal pellets, but Diptera , Lepidoptera , and Hymenoptera were also found. An analysis ofstable isotopes of carbon and nitrogen revealed that the Brown Flower Bat obtained most ofits protein from plants. Plants visited for fruit include Muntingia calabura ( Muntingiaceae ), Piper sp. ( Piperaceae ), and Solanum torvum ( Solanaceae ), and plants visited for nectar and pollen include bananas, common guavas, lead trees, and several columnar cacti. When visiting columnar cacti, Brown Flower Bats hold onto flowers rather than hovering in front of them.

Breeding. Mating system has not been described, but it might be similar to the closely related Buffy Flower Bat ( E. sezekorni ) that is considered polygynous, probably promiscuous, with some characteristics in common with a lek system. Pregnancy occurs in February—June and lactation in May-September. Neonates weight ¢.25% of mothers’ postpartum weights. At birth, young are naked and light pink, with open eyes, and they cling to their mothers. Typically, young are left in caves when mothers go out to forage.

Activity patterns. Brown Flower Bats typically share caves with several other species, where it is one of the last species to depart at night. Although some individuals begin their activity ¢.20 minutes after sunset, peak exits occur 40-60 minutes after sunset. It is also one of the first species to return before sunrise. It roosts predominantly in tepid areas (26°C) of caves, although it has been found in abandoned dams and small cavities in ceilings of cooler caves. In these cases, structures of roosts likely facilitate entrapment of metabolic heat, reducing energy required for thermoregulation. Brown Flower Bats probably fly in forest understories because it is regularly captured in mist nets at ground level, and understory plants form part of their diets.

Status and Conservation. Classified as Least Concern on The IUCN Red List. The Brown Flower Bat is common throughout its restricted distribution. It is found in protected areas. It does not appearto be locally extinct anywhere in the West Indies. 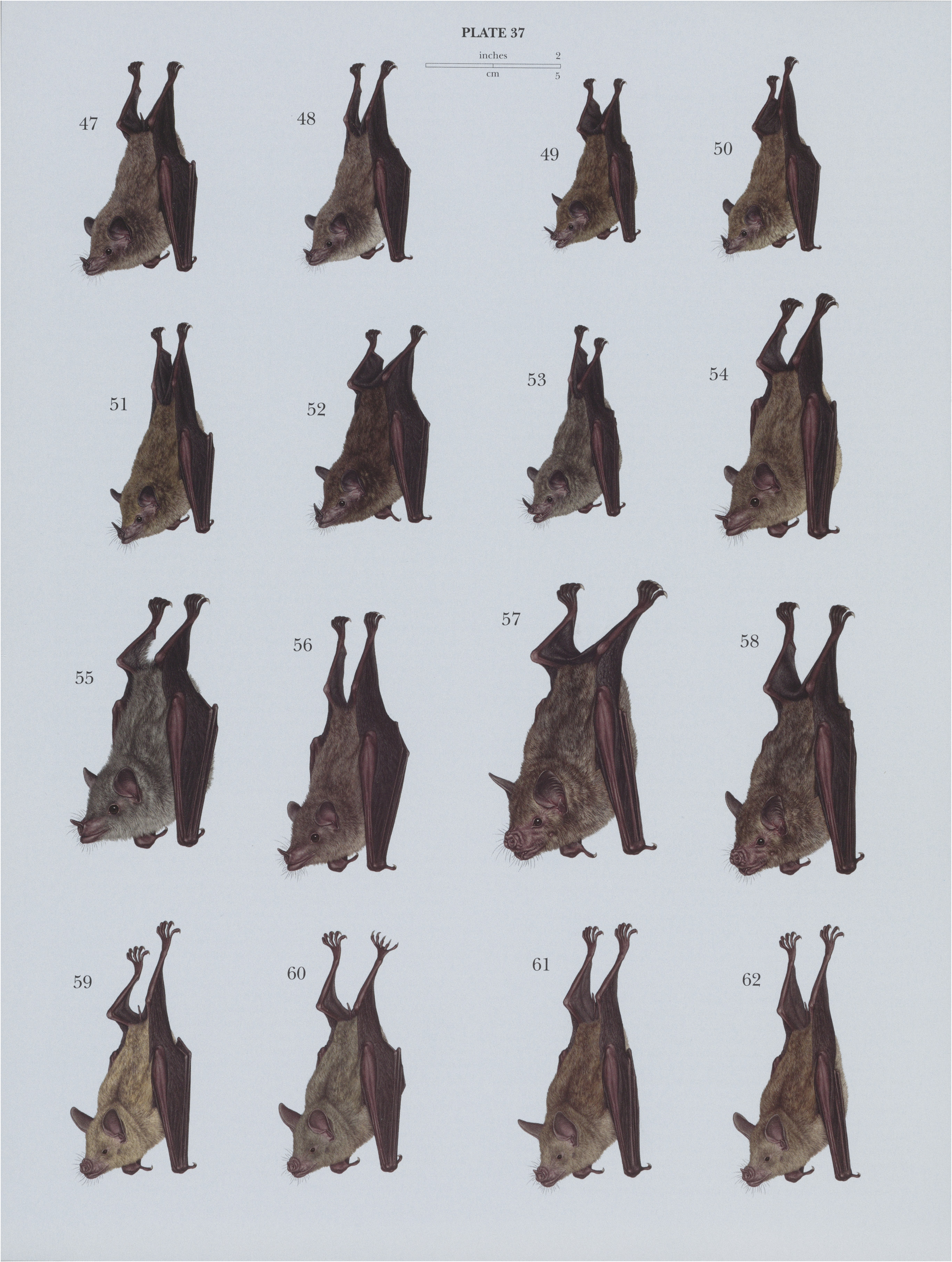 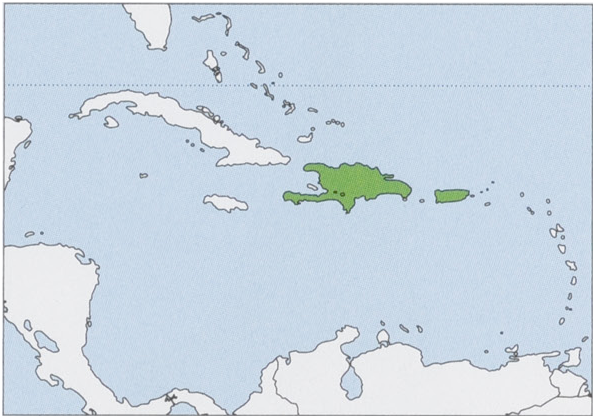