Forewing: costa slightly arched at base, straight; apex rounded; termen rounded and angled inwards; inner margin almost straight. Dorsal side very dark grey with markings of black; entire wing with scattered pale grey scales; basal third of wing dark grey; a median black band from costa to inner margin indistinct, broader and more distinct at about CuA 2 where angled inwards and outlined by pale grey scales, narrowing posteriorly and sharply angled outwards near inner margin; a broad black patch at two thirds at costa, extending from costa to CuA 1, broadest at costa; a band of illdefined grey subapical spots from R 2 to M 3; postmedian area between CuA 2 and 1 A+ 2 A with faint ill-defined elliptical patches outlined in grey scales; a submarginal band of discrete black spots between R 2 and 1 A+ 2 A; margin dark grey; cilia dark grey. Ventral side black with white and orange-red markings; basal half black with scattered orange-red scales; a broad orange-red median band from costa to inner margin, proximal edge displaced at M 3; an orange-red subapical band from R 2 to M 3; white nearest costa and some white in centre; a submarginal band of discrete ill-defined orange-red spots between the veins from apex to inner margin, anterior three or four spots white, not fusing or just fusing with subapical band and not fusing with median band; a terminal black line; cilia dark grey.

Distribution. Southern Australia. This species has only been found on Kangaroo Island, South Australia, and in the Grampians, Victoria. On Kangaroo Island, the species appears to be largely restricted to the western end of the island where it can be quite abundant. This is likely to be due to clearance and fragmentation of habitat on the remainder of the island. The confirmed distribution is from the southern lagoons of McGillivray, through the southern sub-coastal Mallee, into similar habitat north of West Bay, in Flinders Chase National Park and along the Cape Borda road as far west as the Cape Borda lighthouse. It is particularly abundant in the Cape Borda Wilderness Protection Area and in the sub-coastal sections of Vivonne Bay. It was also observed on a bush property at the southern end of Mt. Taylor road (Seattons Lagoon) and in the Teatree Lagoon. A larva found at Kingscote Airport is likely to belong to this species. In the Grampians the species has been recorded at two localities: one near the north-east side of Moora Moora Creek (approximately 10 km south-west of Halls Gap) and one in the northern Grampians near the junction of Asses Ears Road and Wallaby Rock Road.

Habitat and biology. On Kangaroo Island, this species was collected on lateritic and linoid soils in mallee scrub ( Fig. 21 View FIGURES 21 – 28. S ). It appears to be absent from the sand dune country nearby. In the Grampians it was collected on sandstone plateaus at 400 m and on stony and/or gritty clay-loam soils at less than 280 m. The hostplants are sedges of the genus Lepidosperma   , belonging to the L. viscidum   group of species. Larvae ( Figs 26–27 View FIGURES 21 – 28. S ) feed in the roots of their hostplants for at least 2 years. Pupation takes place in a gallery produced from frass between the roots ( Fig. 28 View FIGURES 21 – 28. S ). Two larvae that appeared to be fully grown were collected in December 2004 by one of us (A.K.). They pupated about a year later, and adults emerged in early 2006. Both in the Grampians and on Kangaroo Island, S. ignita   shares habitat, hostplant and substrate with an undescribed species of Miscera   ( Brachodidae   ).

Based on observations by one of us (D.A.Y.), on Kangaroo Island the flight period starts in the first days of January and lasts until early February, with the moths being most abundant in the second and third week of January. Emergence occurs in the early to mid morning. The moths swarm in sunny conditions in dry Mallee country where courtship and mating was observed in the early afternoon. The males fly rapidly up and down tracks and open areas in the Mallee habitat. Occasionally, the moths would bask on the ground with their wings slightly raised or rest on small branches with their wing held roof-wise ( Figs 22, 23 View FIGURES 21 – 28. S ). Pairs of moth were observed, with the female pursued by a male flying between and around low vegetation in a pattern of loops and short bridging flights. Sporadically, the moths would alight on a piece of low vegetation or fallen branch, often in quite dense growth. The female would always land above the male and climb upwards in short, jerky spurts, sometimes spiralling around the trunk as it climbed, the male pursuing it. During a period of 20-25 minutes this process was repeated 4-5 times. Finally, during one of these occasions, the male moved to the opposite side of the trunk, and when roughly the same height, reached his abdomen around the trunk, and coupling took place. Mating lasted for about 40-60 minutes ( Fig. 24 View FIGURES 21 – 28. S ).

Ovipositing was observed on several occasions. Female moths could be seen flying low between and searching around the Lepidosperma   aff. viscidum   from late morning to mid-afternoon. The flight was relatively slow and the female would spiral around and land on or near Lepidosperma   plants regularly. If it landed adjacent to a sedge, it would approach it in a series of jerky bursts of movement and probe it with its antennae. The female would then climb over and onto the leaves, which was accompanied by a series of rapid wing movements. After a brief period, the moth would back down towards the base of the plant ( Fig. 25 View FIGURES 21 – 28. S ). At this point, the elongate ovipositor could be seen rapidly extending in and out of the abdomen. The wing flapping would become more and more frantic as the moth approached the base of the plant. As she extended her ovipositor, the wings would be held back to back above the body, in a manner reminiscent of the posture of butterflies. As ovipositing was taking place, the moth would become perfectly still in the described posture. Oviposition would last from less than one to around three minutes. The moth would then start to flap its wings again, while walking back up the sedge or away from it across open sand before flying off. Eggs were found at a depth of around 15-20 mm, typically inserted into the papery old leaf-sheath bases of the culm, which forms a series of sheaf-like crevices, facing the surface, on the outside of the culm. The eggs were of an expanded spindle shape and laterally grooved. The colour was a cream tinted white when fresh, becoming light pink as the egg matured and mid-pink just before larval emergence. The first instar larvae are strong reddish pink in colour.

This biology is generally similar to that described for Synemon magnifica   by Common & Edwards (1978).

Remark. The late Norman Tindale kept a detailed and meticulous diary throughout his career, which is now in the SAMA. His diary records “I caught two specimens of Synemon   sp. today flying along the road and saw many hundreds before camping for the night of 24 Jan. 1926 at Vivonne Bay. The following day Synemon   was very active, flying around and settling with its wings folded mothwise. 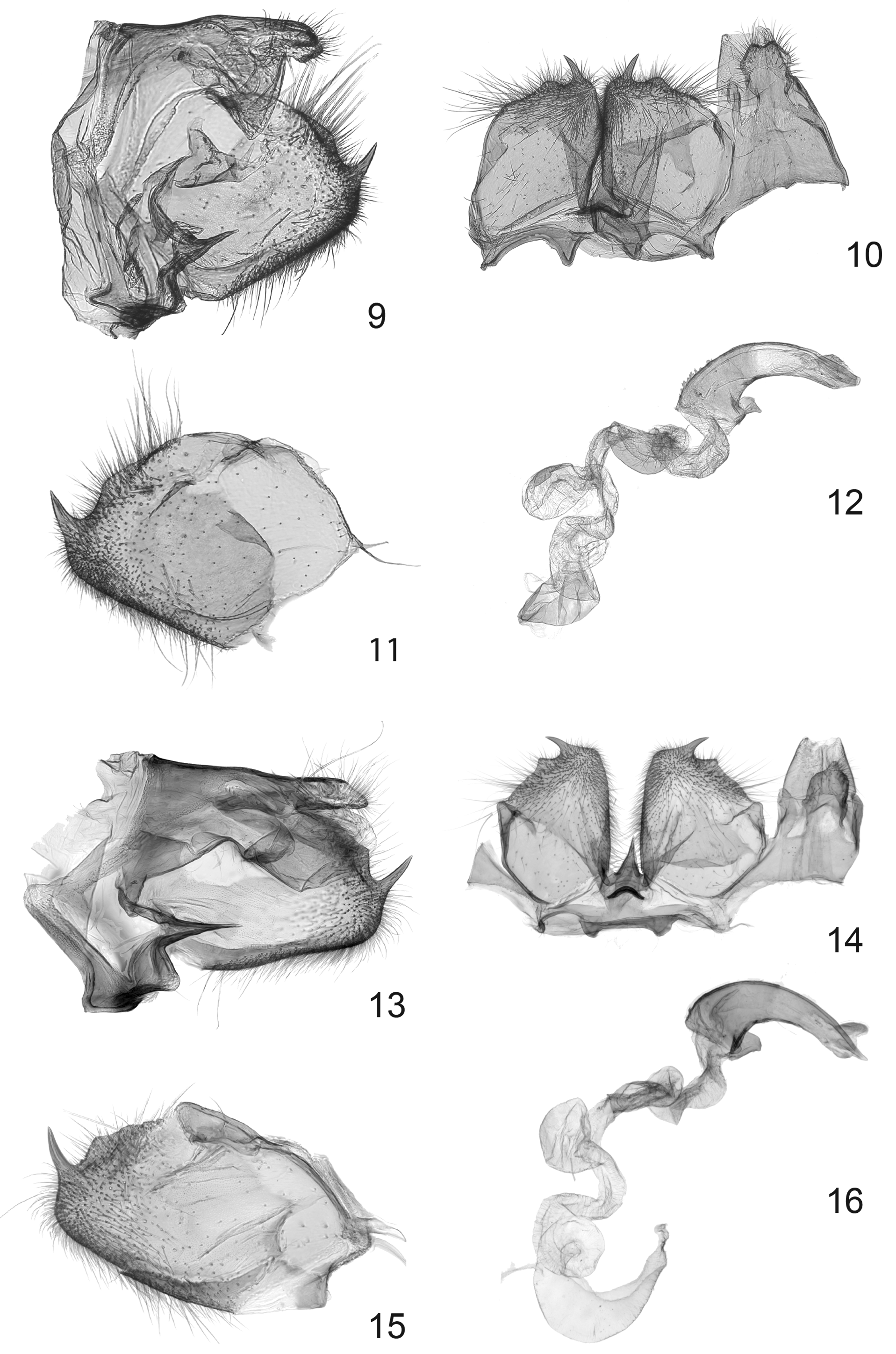 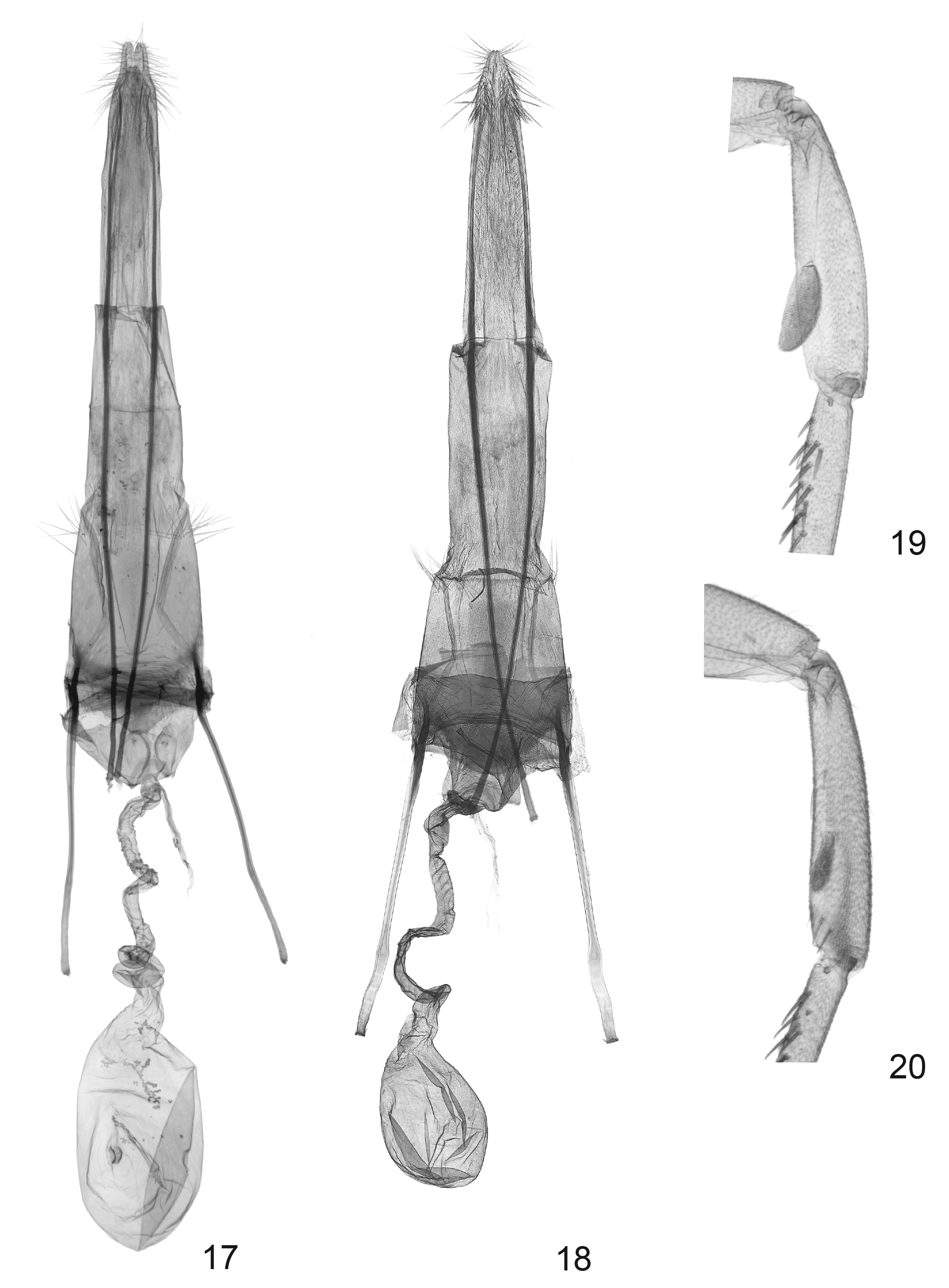 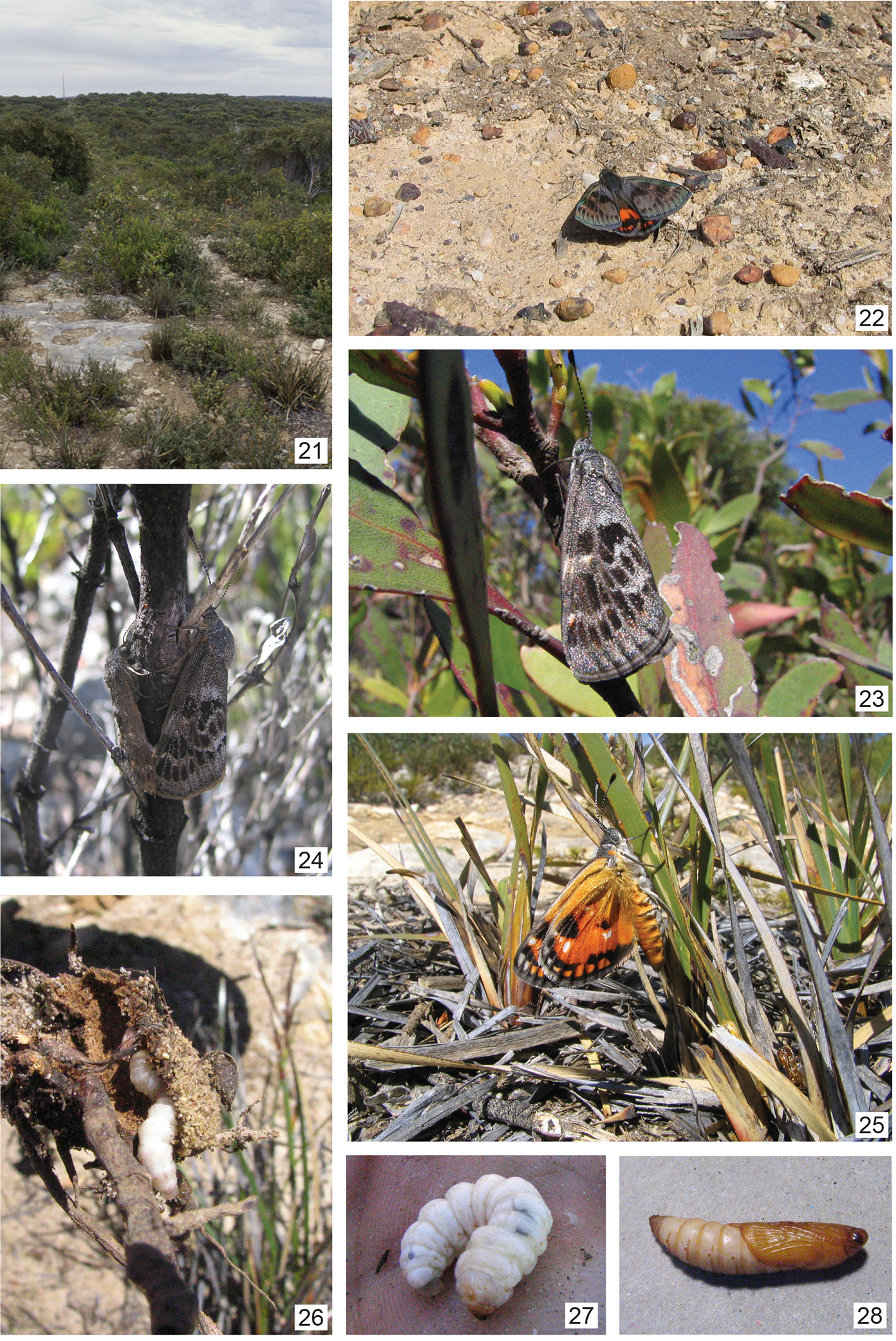