Rivers and streams which discharge to the sea.

Chace (1997) recently redescribed this species on the basis of specimens from Philippines. He ( Chace 1997, p 13) also commented that it ‘‘…is possible that C. laoagensis   will eventually fall into synonymy with the variable C. weberi   from Indonesia,…’’ According to an on-going revision by one of the authors (YC), most of the subspecies of C. weberi   , are in fact, distinct species. Among all the allied species, C. laoagensis   is most similar to C. weberi De Man, 1908a   by the form of the rostrum, which is straight, pointed and crested at the base of the rostrum; the spines and setae on the distal margin of the telson (the longer setae arranged between two pairs of strong spines, of which, the sublateral pair shorter than the lateral pair vs. the longer setae arranged between one pair of strong spines).

Caridina laoagesis   appears to be rare in Ryukyu Islands. It has previously been reported from Tabaru River of Yonaguni Island, Nagura and Miyara Rivers of Ishigaki Island, and Shigema, Yona and Manna Rivers of Okinawa Island by Shokita (1979, p 2003) as Caridina weberi   . 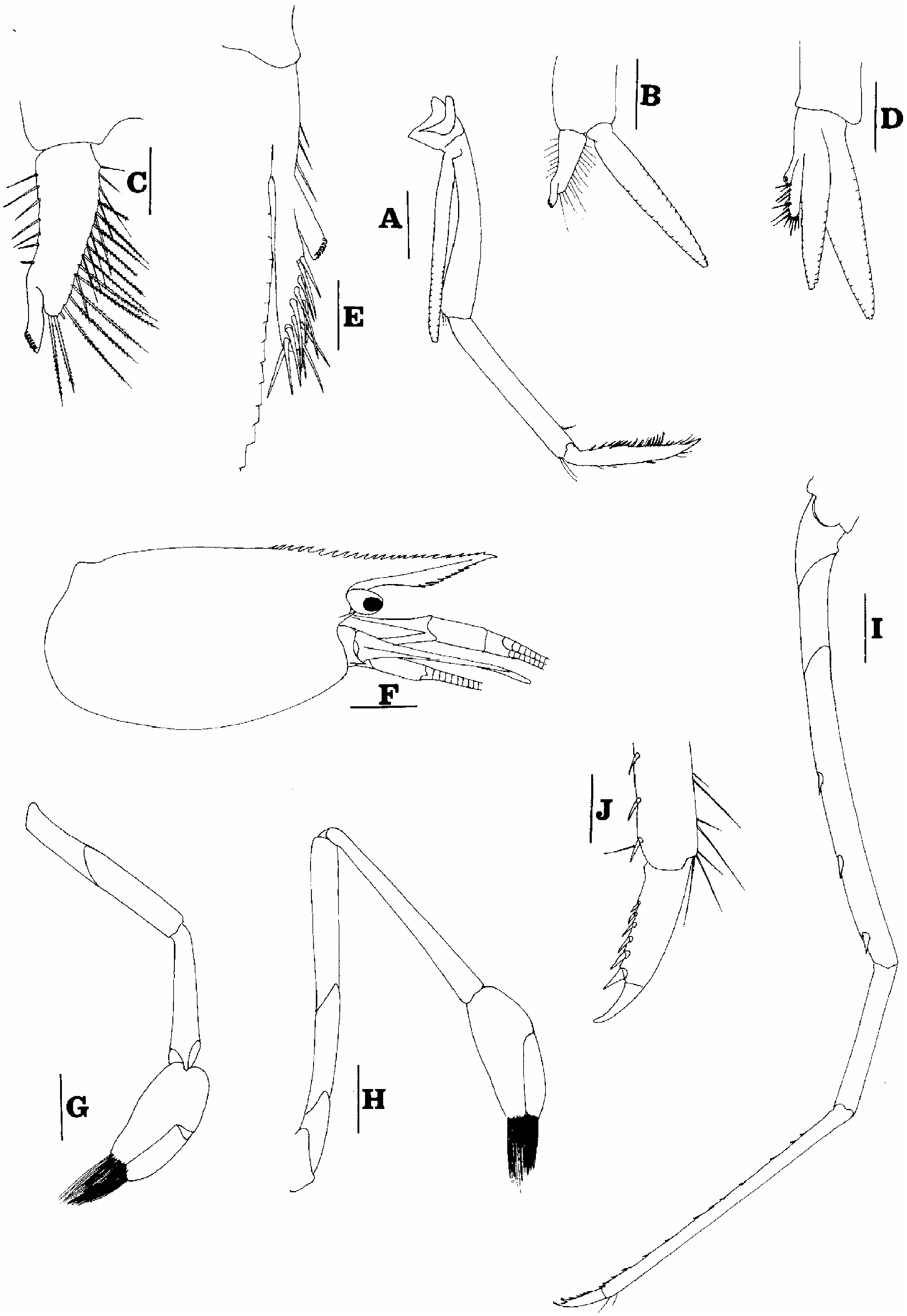