Ruhland (1903) described Paepalanthus scleranthus based on the specimens Schwacke 11987, Ule 2714, Ule 2717 and Glaziou 19990, collected in Minas Gerais and distributed throughout many herbaria. According to the ICN ( Turland et al. 2018) and the type clarifications provided by McNeill (2014), a lectotype must be selected. Moldenke (1976a) argued that the specimen Glaziou 19990 deposited in B was the most relevant specimen used for the species description but referred all specimens as cotypes. We agree with Moldenke’s (1976a) interpretation, as among the original material, the specimen Glaziou 19990 at B perfectly matches the original description and plate and contains the original handwriting and line drawings provided by Willy Ruhland himself. It is therefore designated here as the lectotype.

Paepalanthus scleranthus ( Figure 2F View FIGURE 2 ) is restricted to the sandy soils of the campo rupestre from the Espinhaço Range in Bahia and Minas Gerais, and it is sympatric in some areas with P. leucocephalus ( Figure 3 View FIGURE 3 ). According to Ruhland (1903), it is mainly differentiated from P. leucocephalus by the blackish capitula (vs. whitish), besides a few floral variations explored in Table 2 View TABLE 2 and Figures 6 A–N View FIGURE 6 . Although in some specimens the capitulum colour is clearly distinctive, in field observations and some herbarium specimens (e.g., the lectotype housed at C) the difference may be misleading. Moldenke (1976a) had previously expressed doubts on maintaining these two taxa segregated, especially regarding the type specimens, gathered in the same area.

Based on our field observation and herbarium analysis, we decided to keep Paepalanthus scleranthus and P. leucocephalus as distinct units as detailed in the Table 2 View TABLE 2 and Figures 2 View FIGURE 2 , 4 View FIGURE4 , 6 View FIGURE 6 . The difficult in differentiating both species is mainly regarding the populations from the Diamantina Plateau (where the types came from), and a few other localities where both species are frequently found growing together. The capitulum colour variation may represent a phenological and/or ecological condition, but yet no individual presenting capitula with intermediate color or with both capitula colors was recorded. Herbarium specimens with some individuals presenting whitish capitula and other presenting blackish capitula may represent problematic field collections (a common situation in small Eriocaulaceae ), but not necessarily reflect the species delimitation. We also may keep in mind that hybrids in Eriocaulaceae may be more frequent than we expected, as exemplified in Hensold (1988). Paepalanthus being a group of recent diversification ( Vasconcelos et al. 2020) and with the relevance of the capitulum color to the reproductive biology of Eriocaulaceae ( Martins Junior et al. 2022) , further investigations along the entire species distribution, including population genetics, reproductive biology, and morphology would be of benefit to precisely establish the species circumscription. 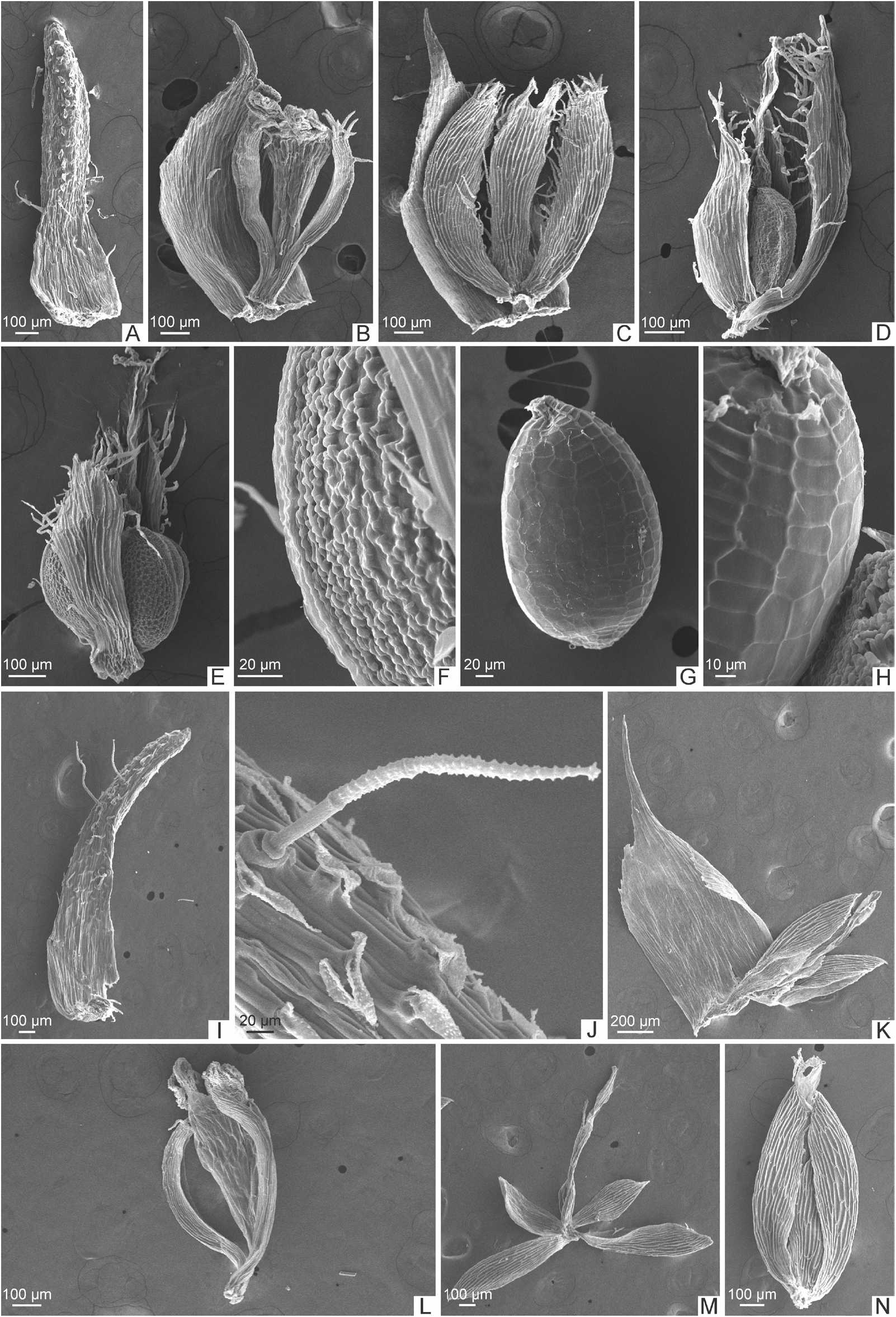