Rs is relatively long and cell m1 is petiolate. Tip of eighth sternite has long dense thick setae. Ninth tergite has a U-shaped depression. Lobe of gonostylus is subtriangular and posterior margin has a shallow V-shaped incision with a black sclerotized protuberance. Clasper of gonostylus is small and beak-like.

Tipula (unplaced) cladomera was proposed by Alexander (1936a, as T. (Oreomyza) cladomera )) and some morphological differences were indicated. According to Alexander (1936a), males of T. (unplaced) cladomera are characterized by the following features: hypopygium with the lobe of gonostylus very large and of unusual shape, expanded outwardly, the apex with a U-shaped notch which forms two conspicuous lobes; eighth sternite with nine or ten very coarse setae on either side of midline of the caudal margin (Fig. 51 View Figures 49–52 ; Alexander 1936a: 230; pl. 2, figs 25, 26). After comparison of the type specimens of T. (unplaced) cladomera Alexander, 1936 with T. (Vestiplex) reposita Walker, 1848 and our specimens from Laos, we found that those specimens do not have clear differences and are characterized by the same features, even though the males of T. (unplaced) cladomera have no shorter cross-vein between cell dm and cell cua1 (Fig. 50 View Figures 49–52 ; Alexander 1936a: pl. 1, fig. 5), and T. (Vestiplex) reposita does have shorter cross-vein between cell dm and cell cua1 (Brunetti in Joseph 1974: 268, fig. 109). Altogether, through examining many specimens, including holotypes and paratypes, and the literature, we attribute such differences as intraspecific variation and consider these two species to be the same and T. (O.) cladomera to be a junior synonym of T. (unplaced) reposita . This species used to be placed in the Tipula subgenus Vestiplex , although in our opinion, such an arrangement is incorrect because of the unique male genital complex. Tipula (unplaced) reposita Walker, 1848 does not belong to any existing subgenus and is to be considered unplaced. 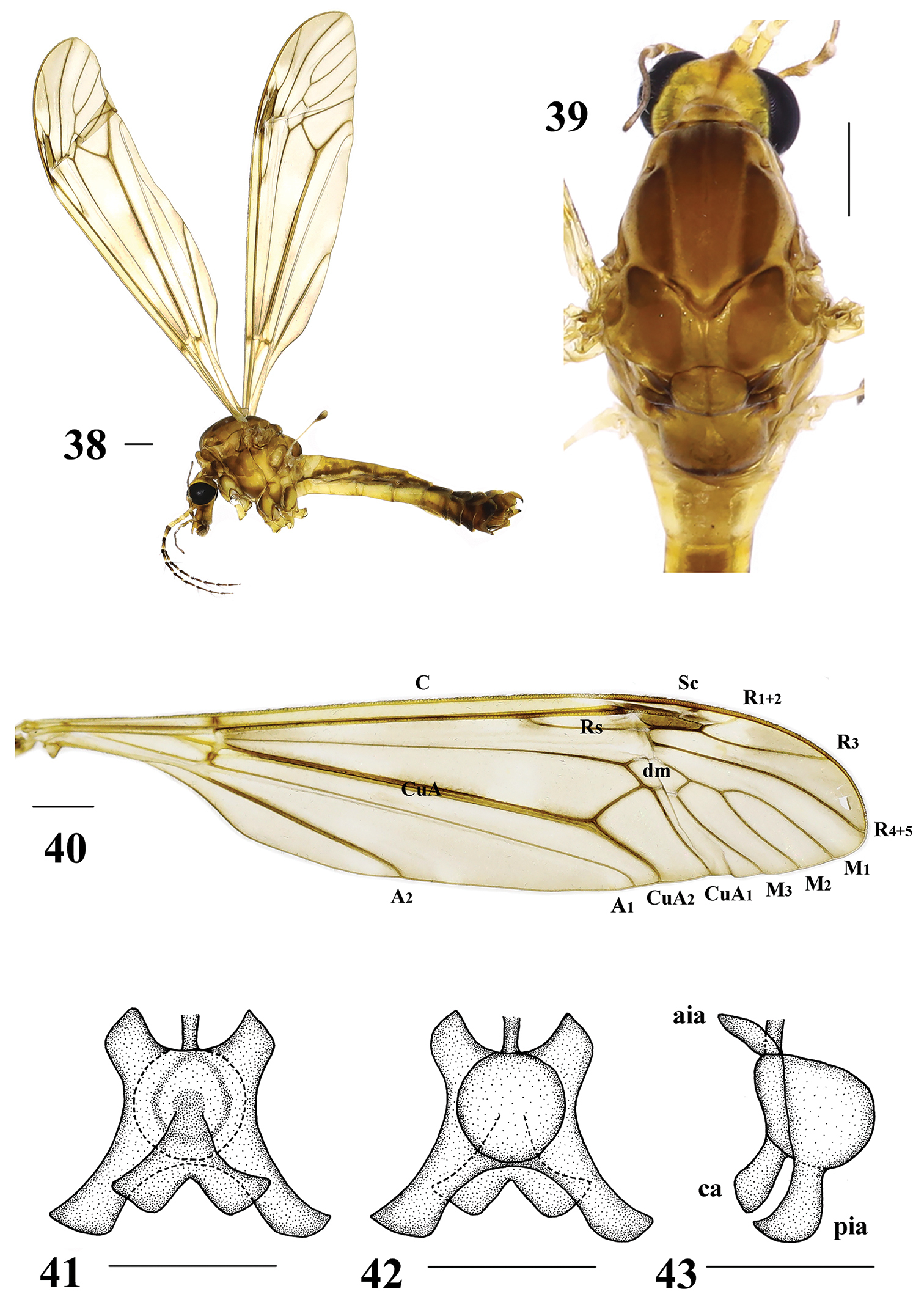 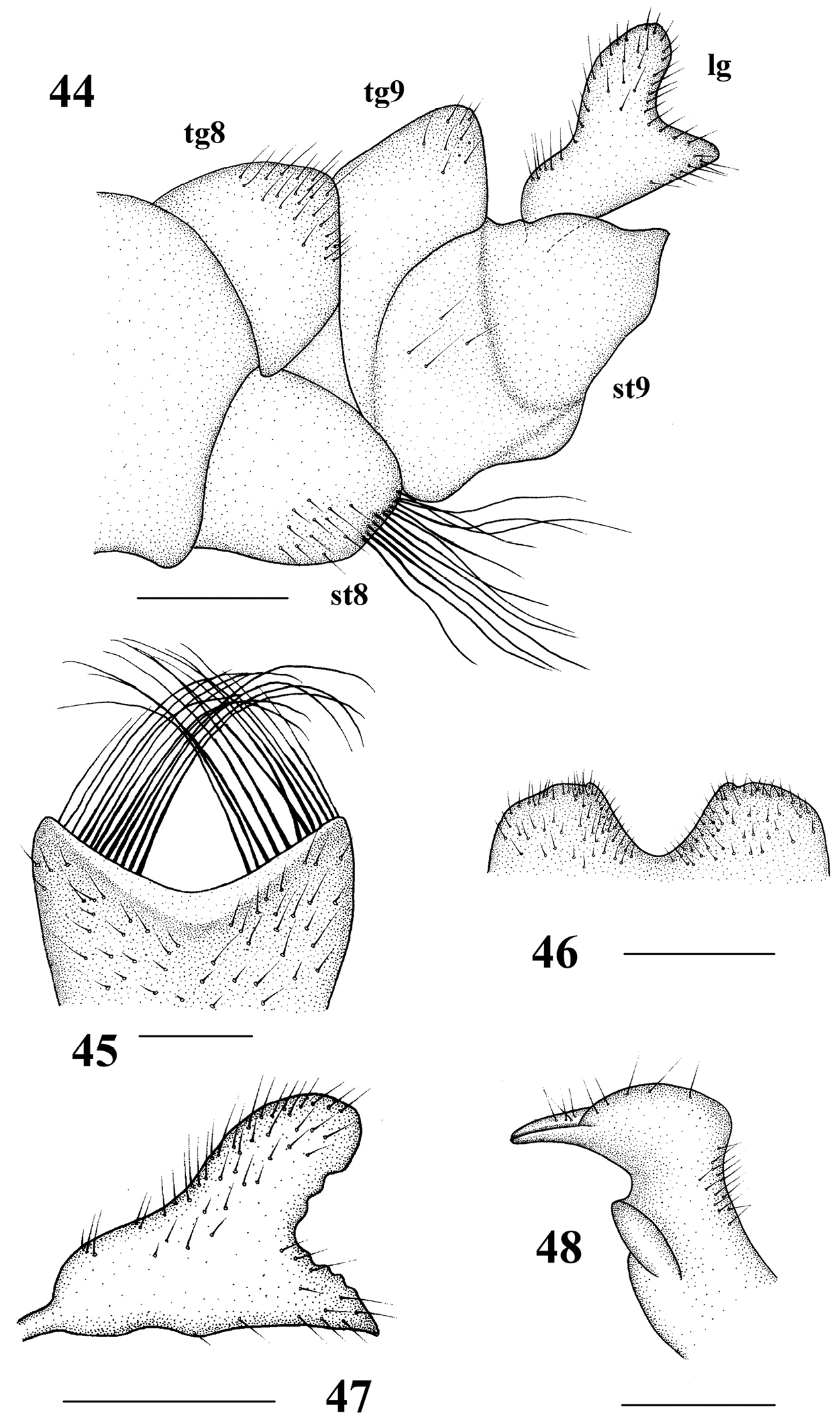 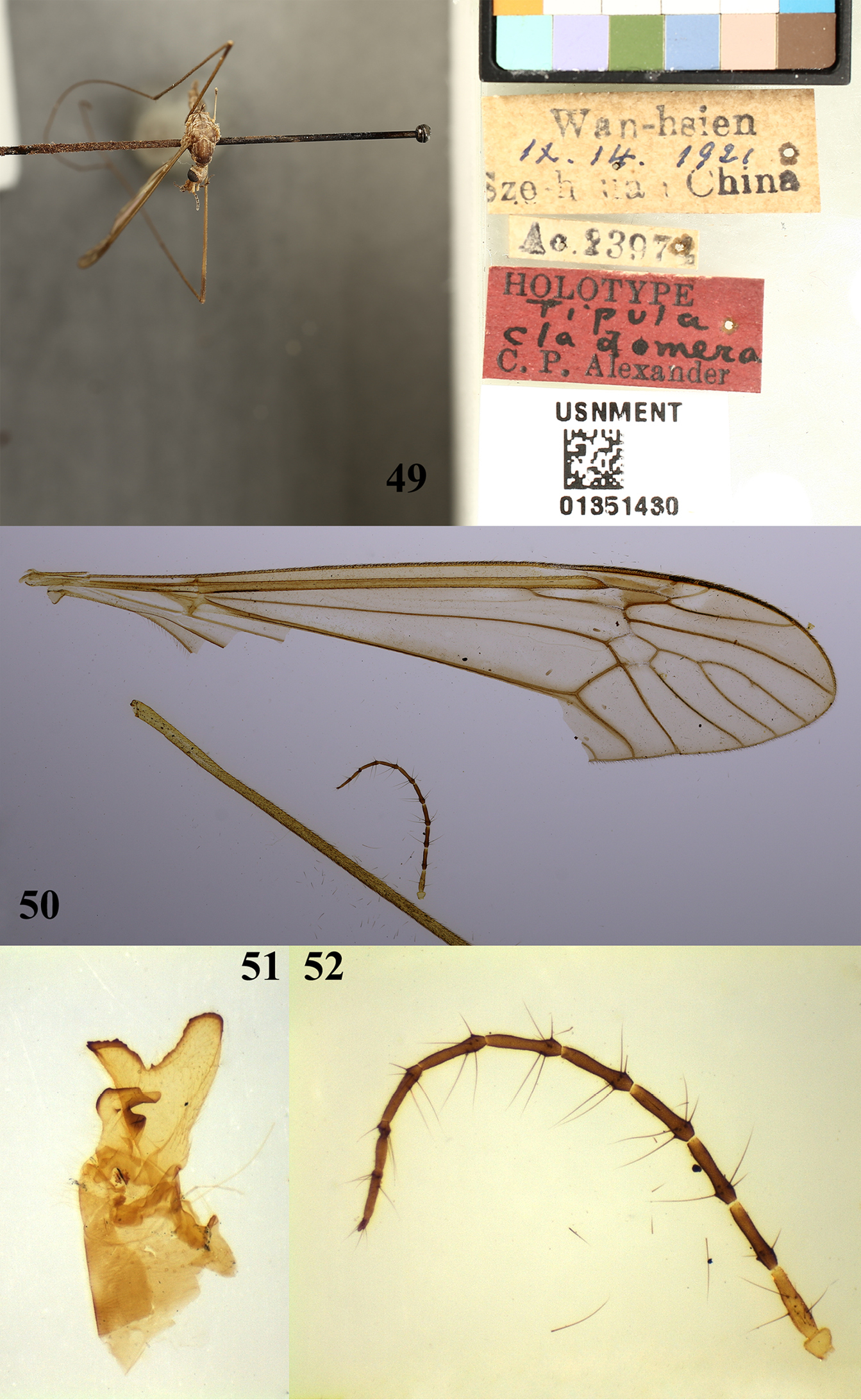