This new species is named after the locality where the specimens were collected, Povoado de Igatu, which holds a high diversity of subterranean fauna.

The new species differs from other species of the genus in having the mandibles with molar penicil simple instead of dichotomized, the shape of the male pleopod 1 and male pleopod 2 endopod, with the distal portion slender rather than thick. Moreover, it differs in having the suprantennal line bent downwards in the middle (vs. straight in M. caupe   and M. nodilinearis   ; slightly bent downwards in M. quadriocellata   ) and in having the apical organ of the antennal flagellum shorter than the distal article (vs subequal in M. caupe   ; longer in M. nodilinearis   and M. quadriocellata   ).

The presence of fan-shaped scale-setae is related with the creeper eco-morphological strategy ( Schmalfuss 1984), which functionally reduces the adhesive forces and facilitates the movement of the animal in unconsolidated substrates. However, this is not the case for species of Metaprosekia   . As mentioned by Campos-Filho et al. (2014), the presence of fan-shaped scale-setae on the dorsal surface and of eyes with a reduced number of ommatidia can be related to an endogean life-style. This species is considered here as troglobiotic, since many expeditions were carried out outside the cave where it was collected and no specimens were found. 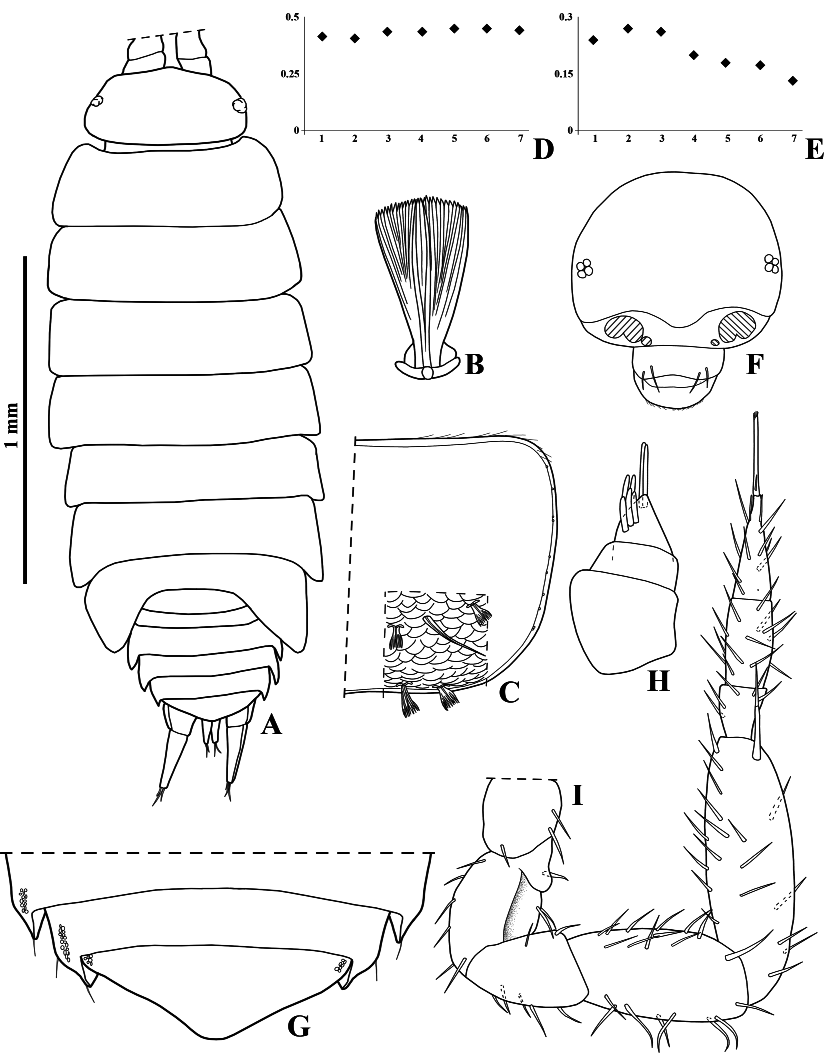 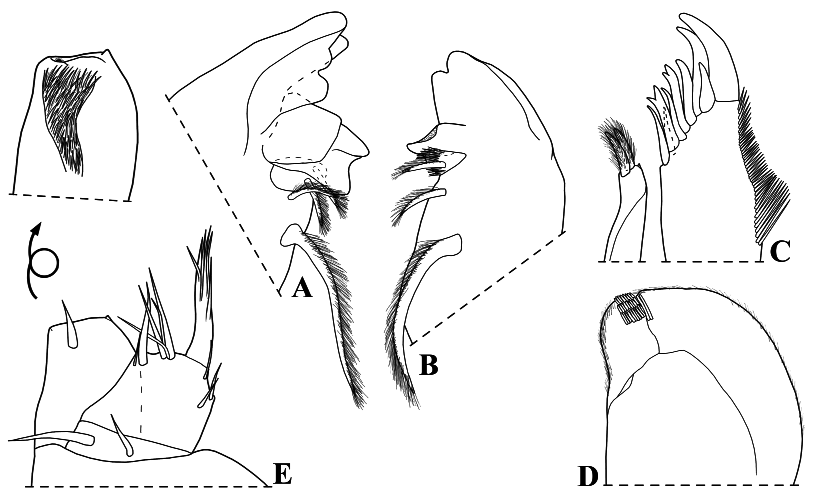 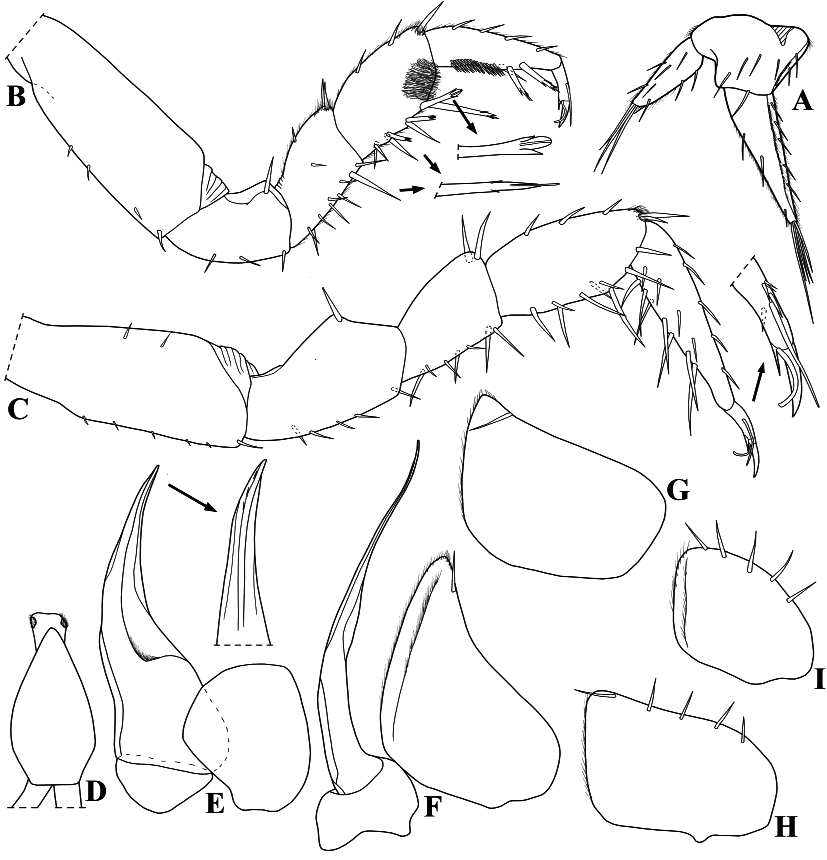 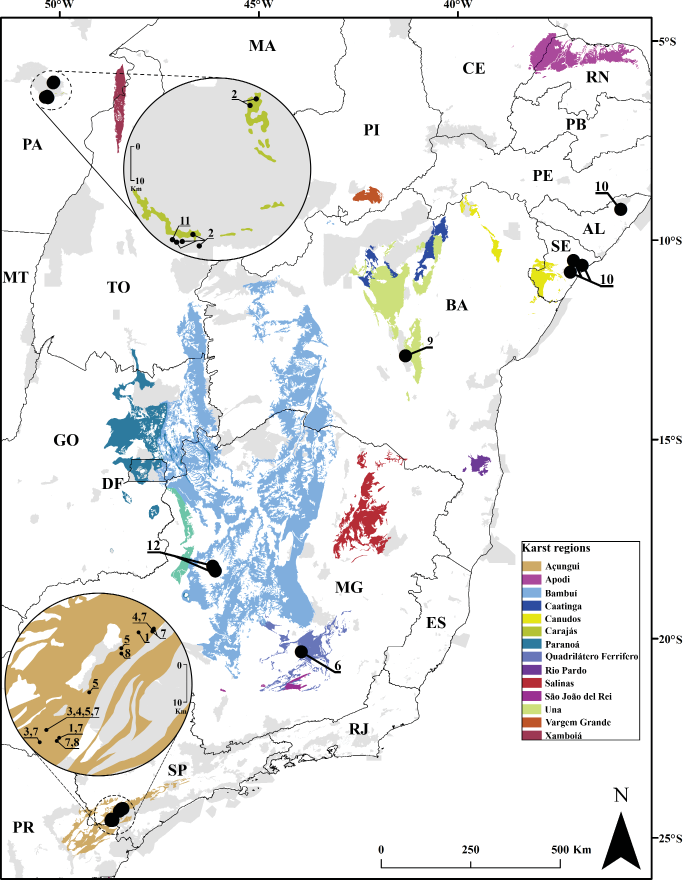