Description. TUBES: thin, pink outside and white inside, almost circular in cross-section, with one longitudinal ridge. All embedded in coral skeleton ( Figure 2 View FIGURE 2. A F). Up to 3.2 mm wide with lumen up to 2.9 mm.

BRANCHIAE: radioles arranged in a circle on each side; numbers arranging from 15 to 30 (n= 19, µ= 20.9 ± 3.8). Interradiolar membranes extending to about half of radiolar length, fringes folded with 2–3 papillae present between radioles. Terminal filament longer than pinnules. Branchial eyes not observed.

Remarks. Spirobranchus tricornis sensu auct. has been reported from Hong Kong by Mak (1982: 609), Wang and Huang (1993) and by Morton and Morton (1983: 279). From Mak’s diagnosis it is evident that he was referring to S. tetraceros . Since Mak was involved in Wang and Huang’s study (1993: 10), we assume that their material belonged to the same taxon. However, Morton and Morton (1983: 278–279) clearly depict a spiralised branchial crown, referring to a member of the Spirobranchus corniculatus- complex, see above.

Spirobranchus tetraceros is considered to be a species-complex (ten Hove 1994: 113; ten Hove & Kupriyanova 2009: 98; Ben-Eliahu & ten Hove 2011: 91). Except for the white to bluish colour of the tube, the present specimens agree in general with the description of S. tetraceros as given by Pillai (2009) for specimens from the intertidal in Western Australia, tubes of which were mostly covered by corals. The present specimens were collected from living corals, especially Platygyra carnosus Veron and Porites lutea Edwards & Haime ; their tubes, except the openings, were embedded in the corals.

Distribution. Widely distributed in tropical Indo-West Pacific waters. This is the first report of its common occurrence in live massive corals in local waters. Mak (1982, as Spirobranchus tricornis ) reported this species from Hong Kong, but did not point out whether the specimens were collected from live or dead corals. 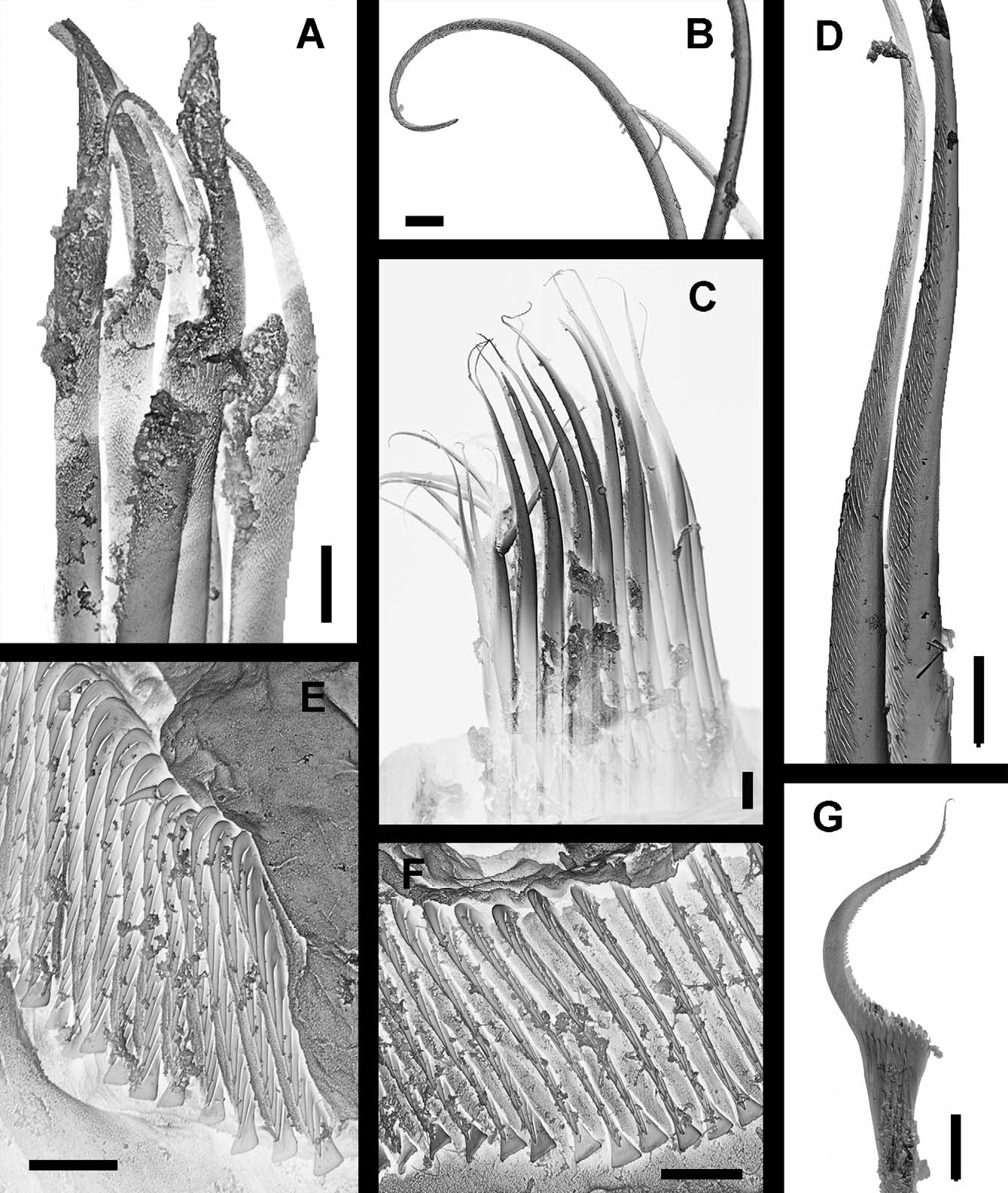 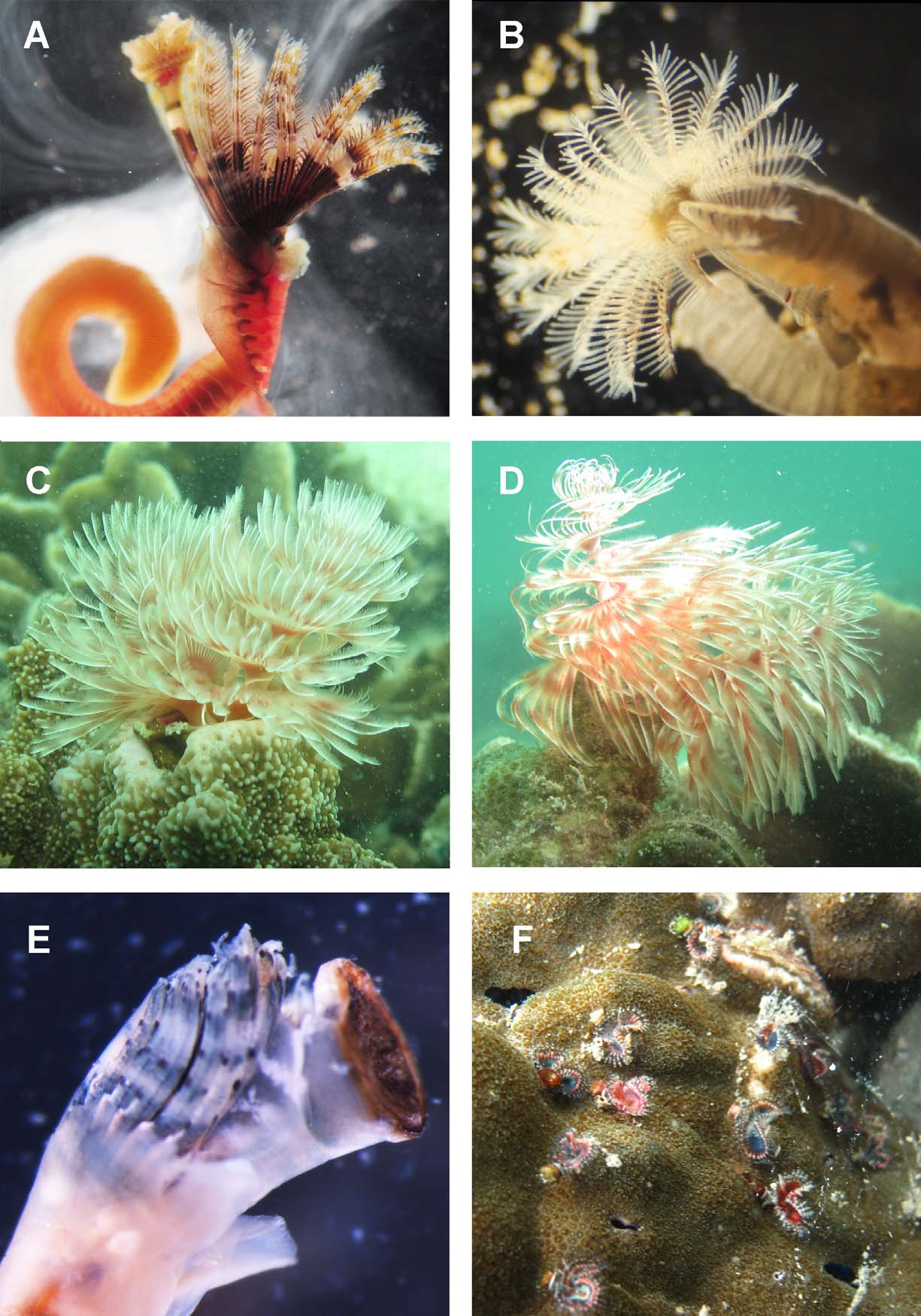 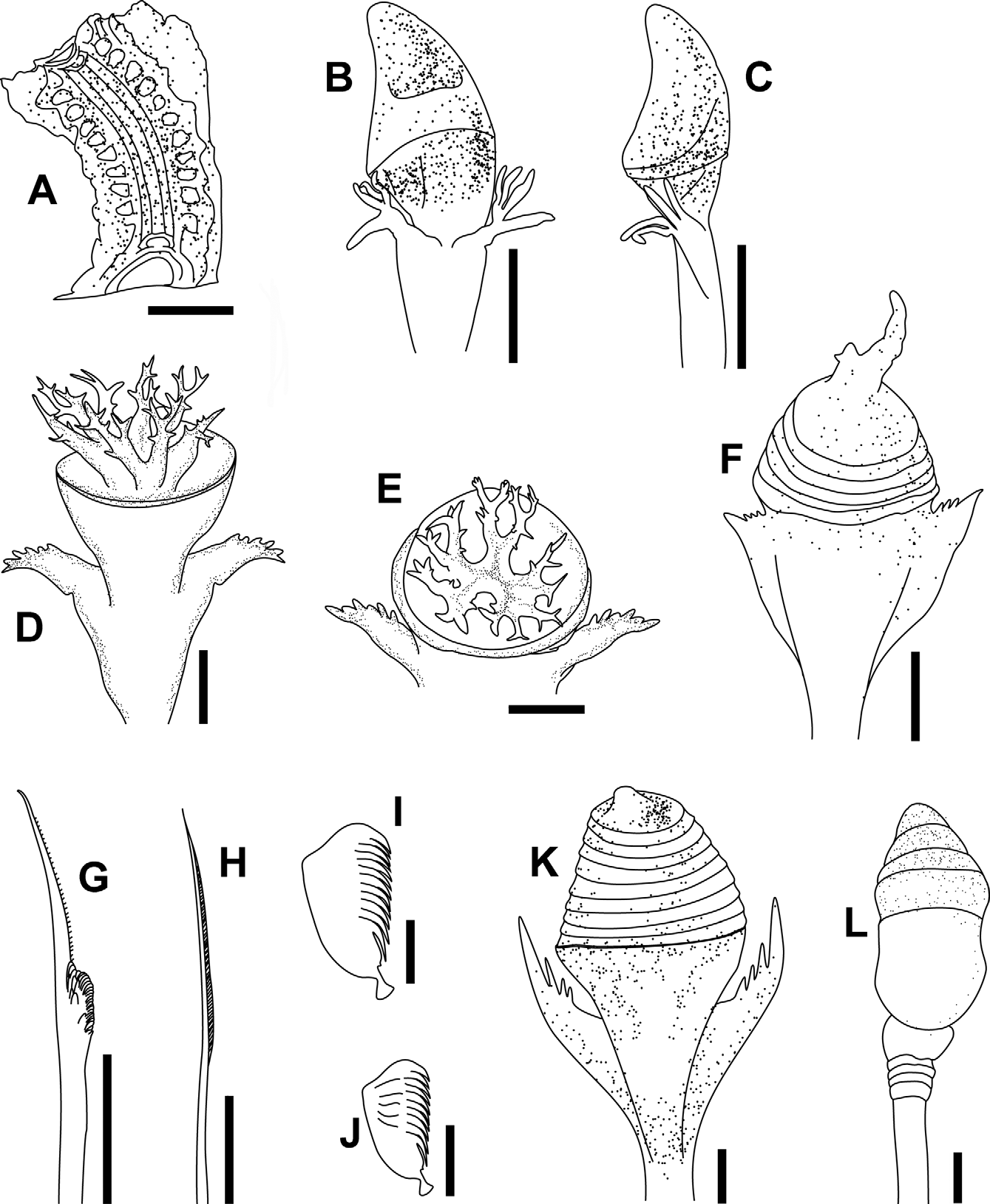