ABDOMEN: abdominal chaetigers 70. Uncini saw-shaped with 4 to 5 teeth anteriorly ( Figure 3 View FIGURE 3. A – B J); rasp-shaped posteriorly with 2 to 3 rows of teeth and 7 to 8 teeth in profile view including fang. Chaetae flat trumpet-shaped. Capillaries not observed. Posterior glandular pad absent.

SIZE: length up to 8.9 mm, thoracic width 0.8 mm. Branchiae and operculum accounting for one fifth of entire length.

Many Indo-West Pacific Hydroides species are characterized by a low number of rather undifferentiated valvular verticil spines, pointed funnel radii numbering between 16 and 30, and rather undifferentiated bayonet chaetae with two large teeth: H. kimberleyensis Pillai, 2009 , perezi Fauvel, 1918, rhombobulus , trilobulus Chen and Wu, 1978, tuberculatus Imajima, 1976 , uniformis Imajima and ten Hove, 1986 and xishaensis Chen and Wu, 1978. These nominal species have been distinguished from each other by (partly presumed) differences in numbers (3, 4–5, 7– 8) or shape of verticil spines (“valvular” versus “triangular”), white versus bluish tubes, bayonet collar chaetae with or without accessory teeth (e.g. Imajima 1976: 133, Imajima & ten Hove 1986: 7–8). Though the latter not even considered H. tuberculatus in their differential diagnosis of H. uniformis , apparently being too clearcut different, in later and larger samples it sometimes was difficult if not impossible to distinguish between the two nominal species (ten Hove 1994: 108). It is not known whether the blue tube colour may disappear in preservative, nor is it clear if the other characters used for distinction are robust or merely due to small sample sizes. Since a revision, only worthwhile if based on comparison of actual material, falls outside the scope of present paper, we have used the “local” name H. rhombobulus for our specimens. 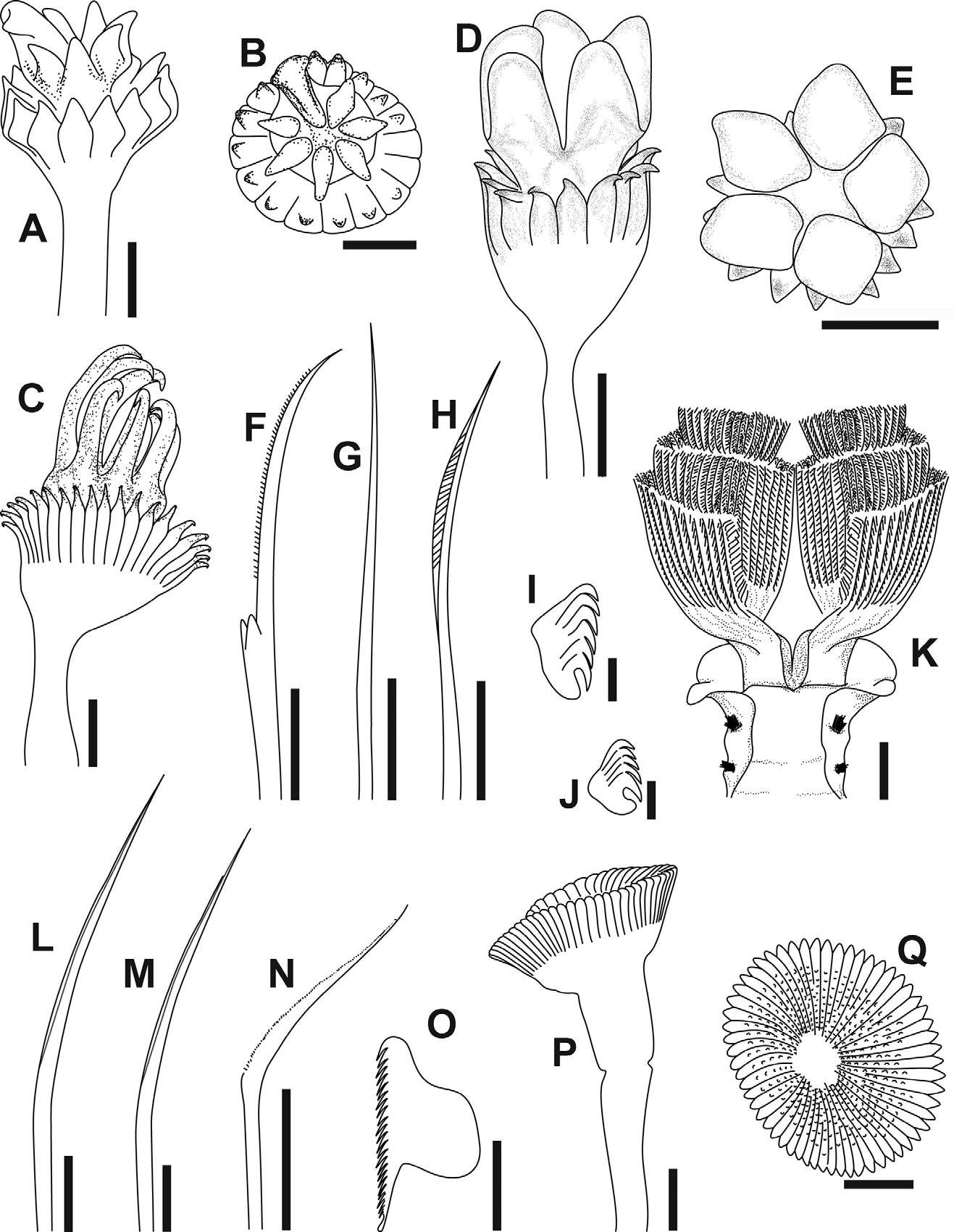