Comments. A. patagoniensis  sp. n. is the only known species with entirely yellow body color. Other distinguishing characters are the petiole with sculpturing mostly granular coriaceous with short dorsal carinae, and about 1.6x longer than apical width.

Distribution. Known only from type locality in Cisnes Medio, Chile, at 200 meters above sea level.

Etymology. This species is named after the Patagonia, the name of the southern South American region where this species occurs. 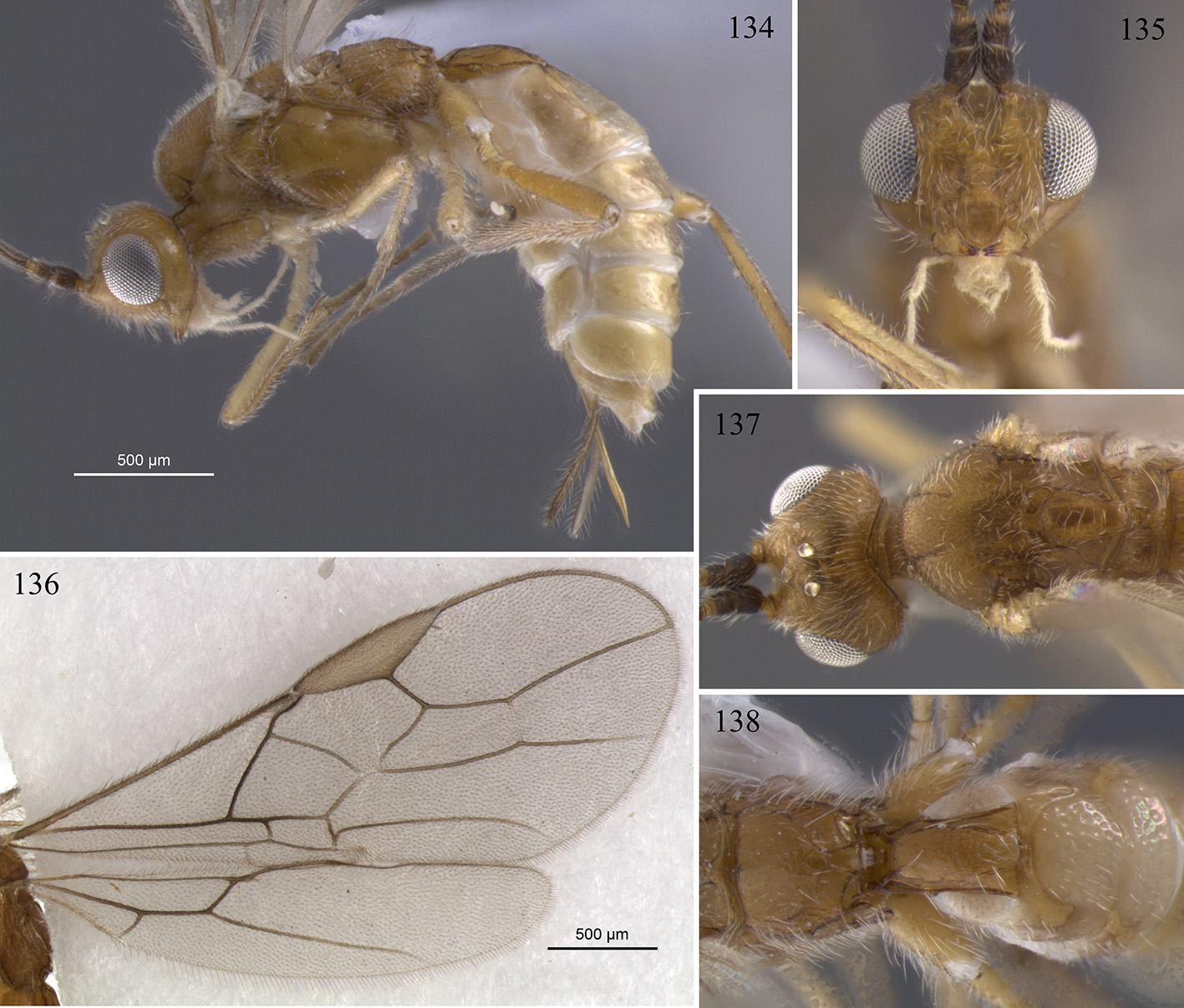