Males can be distinguished from other species of the D. bituberculatum complex by the abruptly anteriorly curved aedeagal process, forming an angle of about 90° in lateral view, bifurcated into a pair of thin, slightly flattened rami in lateral view ( Figs. 75–77 View FIGURES 72 – 80 ; aedeagal process gently curved forming obtuse angle, bifurcated into a pair of expanded or slightly expanded flattened rami in the remaining species, Figs. 72–74, 78–86 View FIGURES 72 – 80 View FIGURES 81 – 86 ).

Females have the posterior margin of sternite VII trilobed, with mesal lobe strongly projected, extending distally farther than lateral lobes ( Fig. 88 View FIGURES 87 – 92 ), which allows separating D. bituberculatum from all species of this complex except D. albinoi sp. nov. Distinguishing female characters between these two species are given under the diagnosis of the latter species.

Distribution. Recorded from the Amazonia Domain in Guyana, French Guiana, and Amazonas State in Brazil. Its occurrence in southern South American countries Uruguay and Argentina, as cited by Metcalf (1965), is a mistake (see below and in Paradell et al. 2012). Very likely, it is an exclusively tropical South American species occurring at the Amazonian formations of the Brazilian subregion ( Fig. 93 View FIGURE 93 ).

Etymology. The specific name bituberculatum is a declinable adjective. This compound word is formed by the Latin numeral prefix bi- (two, double) plus tuberculum (stem tubercul -; noun n., 2nd decl.; small swelling, protuberance) plus the adjectival suffix – atus –a –um (equipped with) in its neuter form. This name, meaning ‘equipped with two bumps or protuberances,’ refers to the two pronotal humps observed in all species of the D. bituberculatum complex and some species of other groups of Diestostemma (e.g., D. nervosum group). Given that this specific name is an adjective and the genus name is neuter in gender, in agreement with article 31.2 of the International Code of Zoological Nomenclature ( ICZN 1999) they must agree in gender, thus the correct spelling is D. bituberculatum , which was firstly adopted by Schmidt (1910). McKamey (2007, p. 287) incorrectly catalogued D. bituberculata following his assumption of an “implicit” new combination by Young (1968, p. 32) of the transfer of Tettigonia bituberculata Signoret, 1855 to Diestostemma . This mistake possibly occurred because Young (1968) only presented specific names and not the full combination with the genus-group name or because he did not use the expression “new combination” for this species. However, McKamey (2007) overlooked the key and figure captions in Young’s (1968, p. 35, 38) monograph, where he clearly stated the combination “ D [iestostemma] bituberculatum ”. Nevertheless, Walker (1858, p. 241) had already previously combined this specific name with Diestostemma .

Remarks. This species was originally described from “Rio-Negro” ( Figs. 13–14 View FIGURES 13 – 14 ), which researchers would now identify with little doubt as the large river in the Brazilian Amazonia. Metcalf (1965) and Young (1968) cited its occurrence for Argentina and Uruguay, very likely based on the same locality of Rio Negro. Papavero (1994, p. 113) mentioned a longtime confusion among two homonymous Rio Negro localities in South America, one at the Amazonian Basin and the other referring to Rio Negro Province of southern Argentina. Rio Negro is also an important river crossing Uruguay . All of this would lead both Metcalf (1965) and Young (1968) to consider its occurrence in the Pampean biogeographical province and Andean Region either in Argentina or Uruguay . However, there are no records of specimens of this group ( D. bituberculatum complex) outside the Amazonian Basin. The southernmost record for D. bituberculatum is located at 03°08’S, and recently records from Argentina were considered doubtful ( Paradell et al. 2012). Hence , D. bituberculatum must be removed from the checklists of these countries.

Since the milestone monograph by Young (1968), structures of the male genitalia are used as a source of taxonomic characters for Diestostemma , including the shape of the arms of the connective. However, we observed strong variation in the few males of D. bituberculatum examined ( Figs. 61–62 View FIGURES 56 – 71 ), suggesting that other characters should be used in combination with the male genitalia to confirm species identifications. 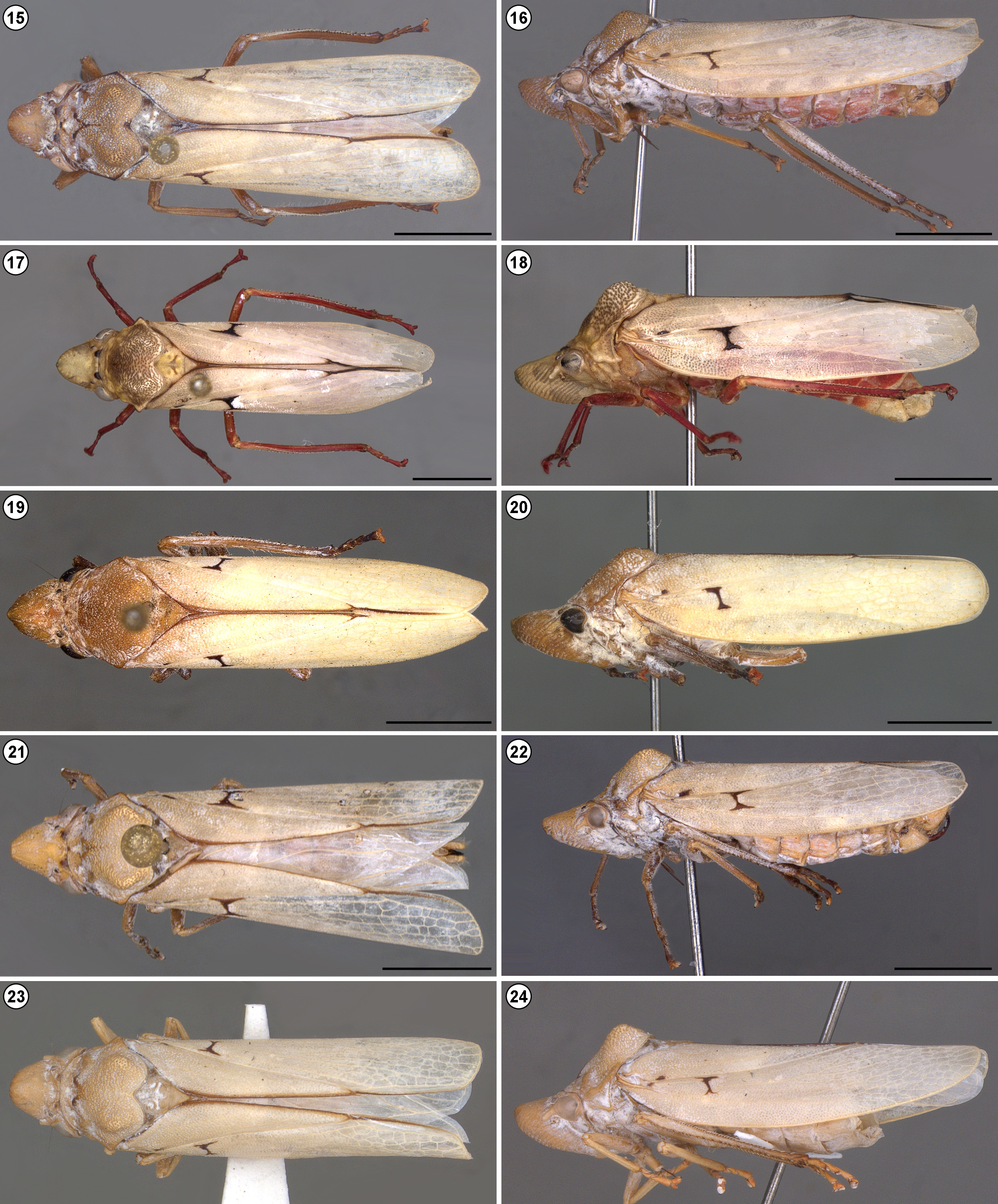 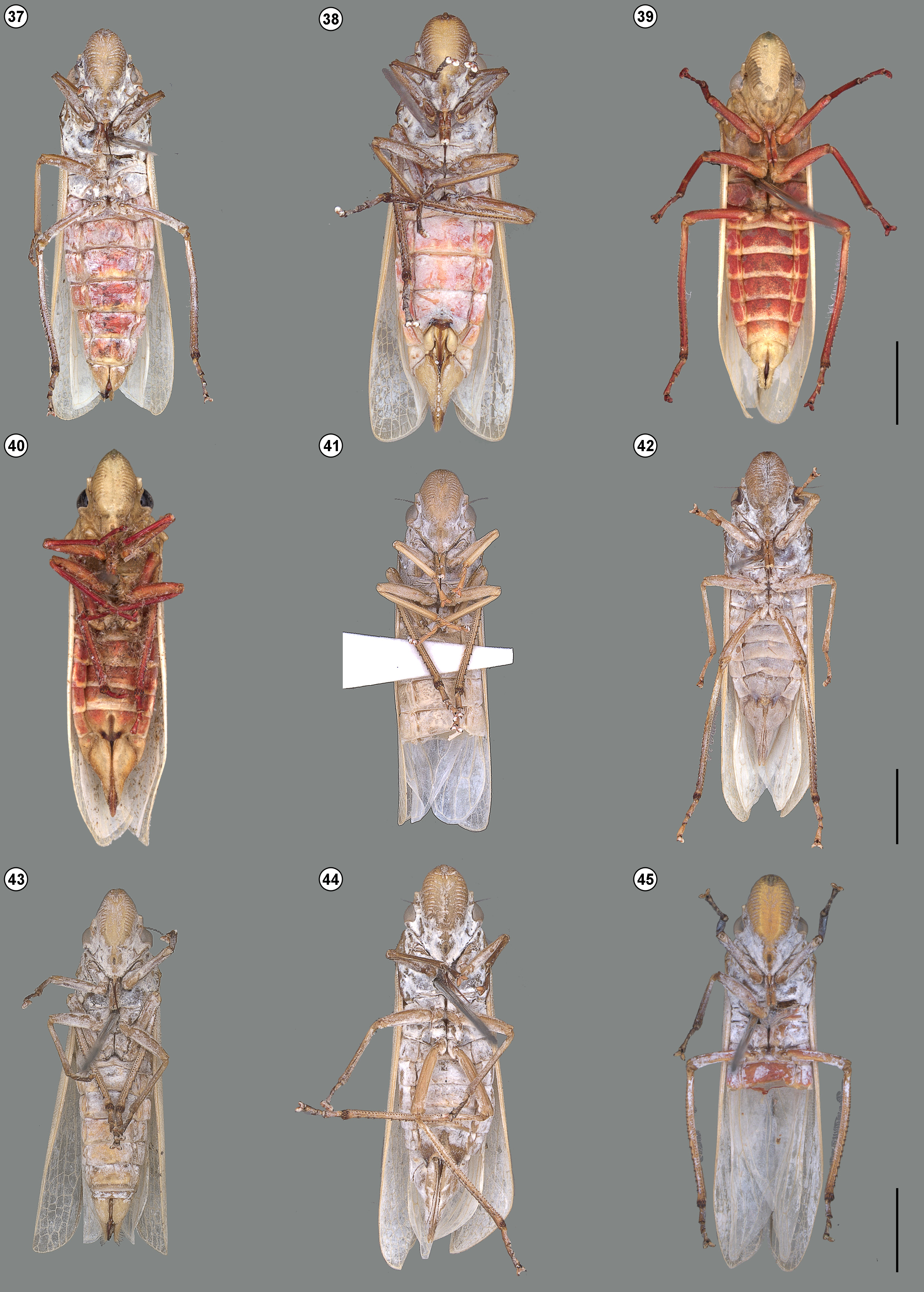 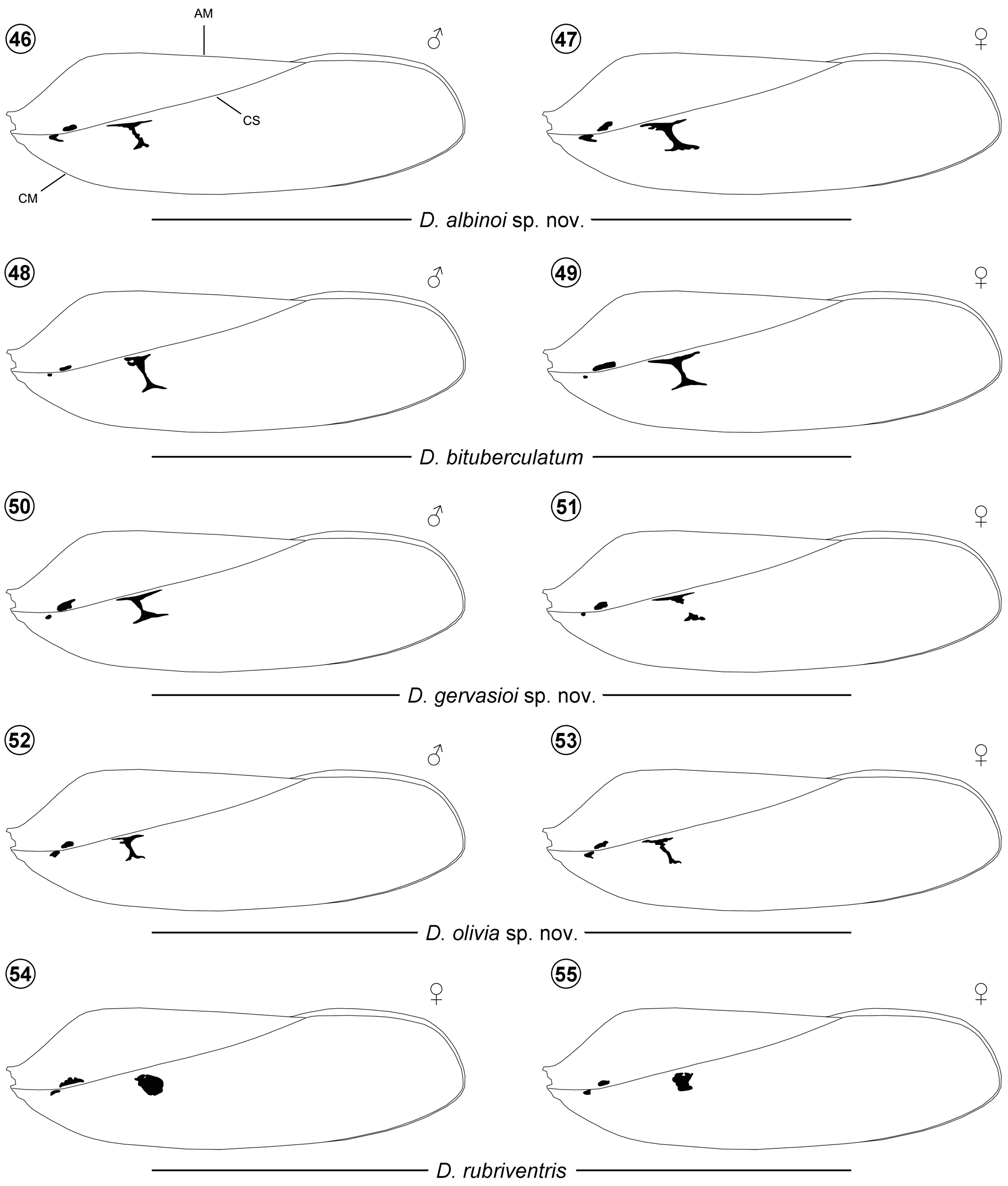 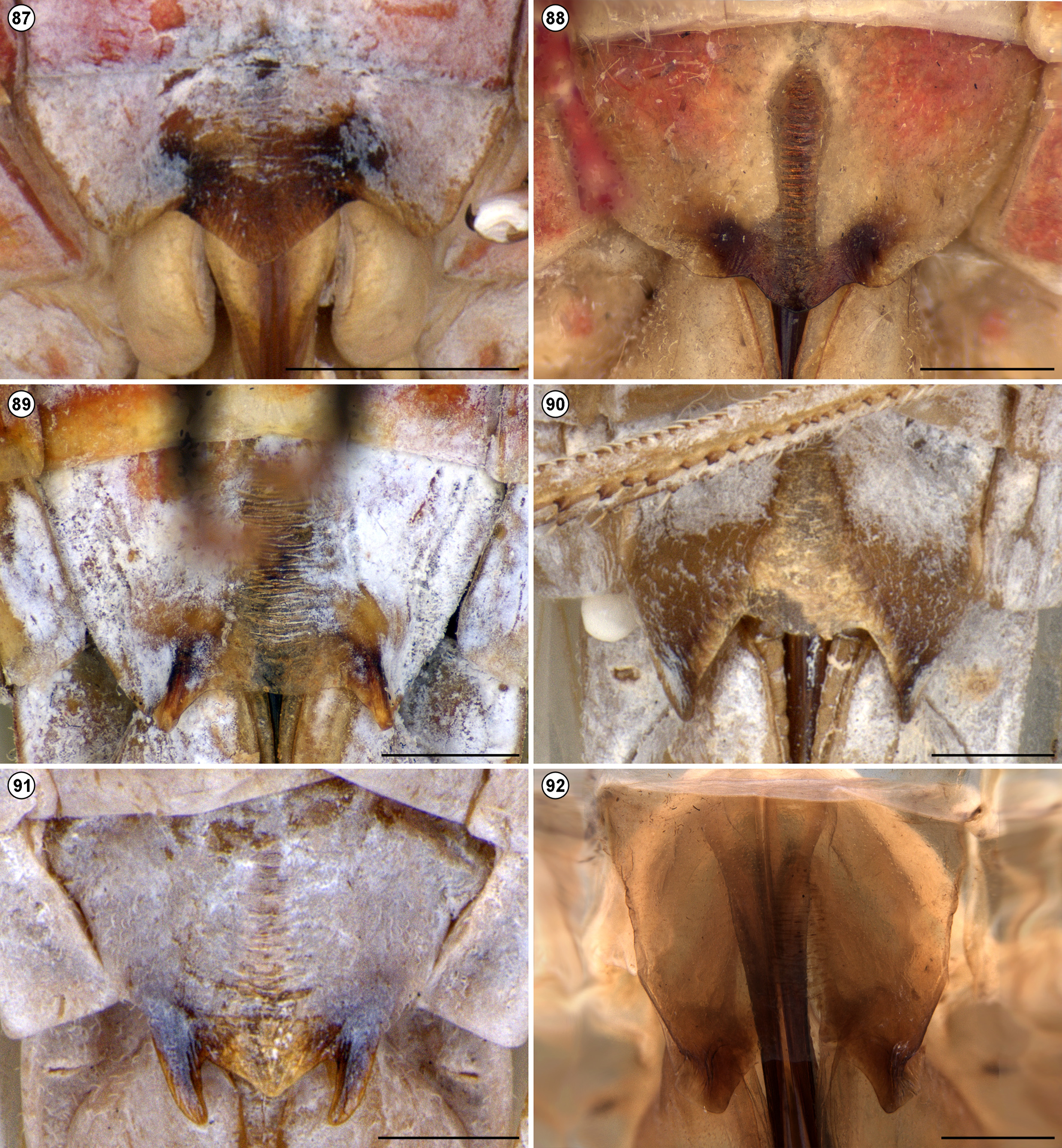