Pectoral fin upper ray about even with horizontal through posterior of oral cleft. Pectoral fin base low on body, about even with posterior end of upper jaw and not far anterior to a vertical through dorsal fin origin. Pectoral fin rays 8 + 1 + 5, upper lobe rays closely spaced, notch deep with a single ray distinctly more widely spaced dorsally and ventrally from upper and lower lobe rays. Rudimentary rays absent. Longest rays in each lobe slender, fragile, their ends apparently free. Pectoral girdle not examined.

The specimen is apparently ripe or nearly ripe, with a few (ca 10?) large eggs about 1.7 mm diameter.

Distribution. Known only from the holotype, taken to the northwest of New Zealand at about 1158–1230 m.

Etymology. The specific epithet microstomus  from the Greek mikros, small, and stoma, mouth, denoting the small mouth of the species.

Comments. The unusual morphology of P. microstomus  emphasizes the need for a thorough review of Psednos  . The number of known species has grown rapidly in the past decade (from five to 37 including those in this paper). The characters originally defining the genus were presence of an oblique mouth, humped spinal column, disconnected infraorbital and temporal sensory canals, and coronal and additional temporal pores. Now, there appear to be only two defining characters: the oblique mouth and lack of the sensory canal connection. Only the second of these appears to be unique to the genus; several species of Paraliparis  also have oblique mouths. Psednos  species are also apparently holopelagic and of small size, but these last two characteristics also occur in some Paraliparis  species and in several other genera ( Nectoliparis Gilbert and Burke 1912  , Lipariscus Gilbert 1915  ). Psednos  appears to include at least three species groups, and some species lack both the coronal pore and the occipital hump. Analysis of all the species could clarify the relationships of the group and lead to an improved definition of the genus. 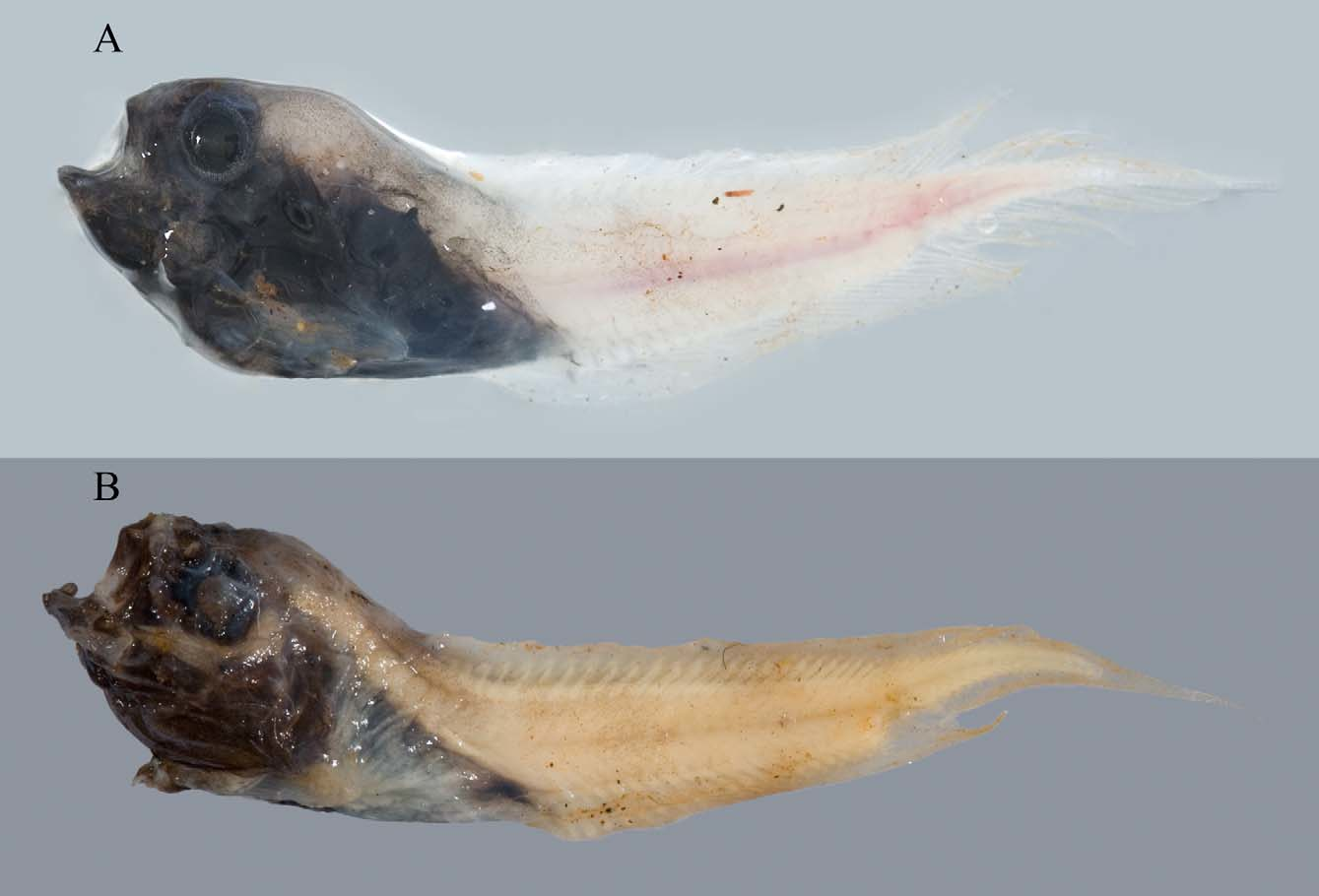