The specific epithet refers to the white and semitransparent shell. Used as a noun in apposition.

All sequenced specimens of A. alabaster sp. nov. are very similar to the holotype. In addition to pure white specimens, some are light ivory in colour of the upper teleoconch whorls or even of the entire shell (MNHN IM-2007-43583, Fig. 15 View Fig C–D).

Although A. montrouzieri and A. alabaster sp. nov. are closely related, a large genetic distance between them confirms their distinction. Furthermore, there appears to be a minor difference in the radula. In A. montrouzieri the central cusp of the central tooth is clearly shorter than the lateral ones, but in A. alabaster sp. nov. the situation is opposite – the central cusp is distinctly longer. The illustration of the radula of A. montrouzieri by Kilburn & Bouchet (1988: figs 51, 53) shows a central tooth with a morphology similar to that in our A. alabaster sp. nov. Regrettably, the authors did not present the station data of the specimen from which the radula was extracted and, therefore, it is not clear whether they indeed examined A. montrouzieri . All our sequenced specimens originated from only two stations off south and south-eastern New Caledonia at depths of 180–210 m, but numerous non-sequenced specimens (see Material) were collected in the depth range of 237– 298 m. Some have a light yellowish spire callus and upper anterior band. 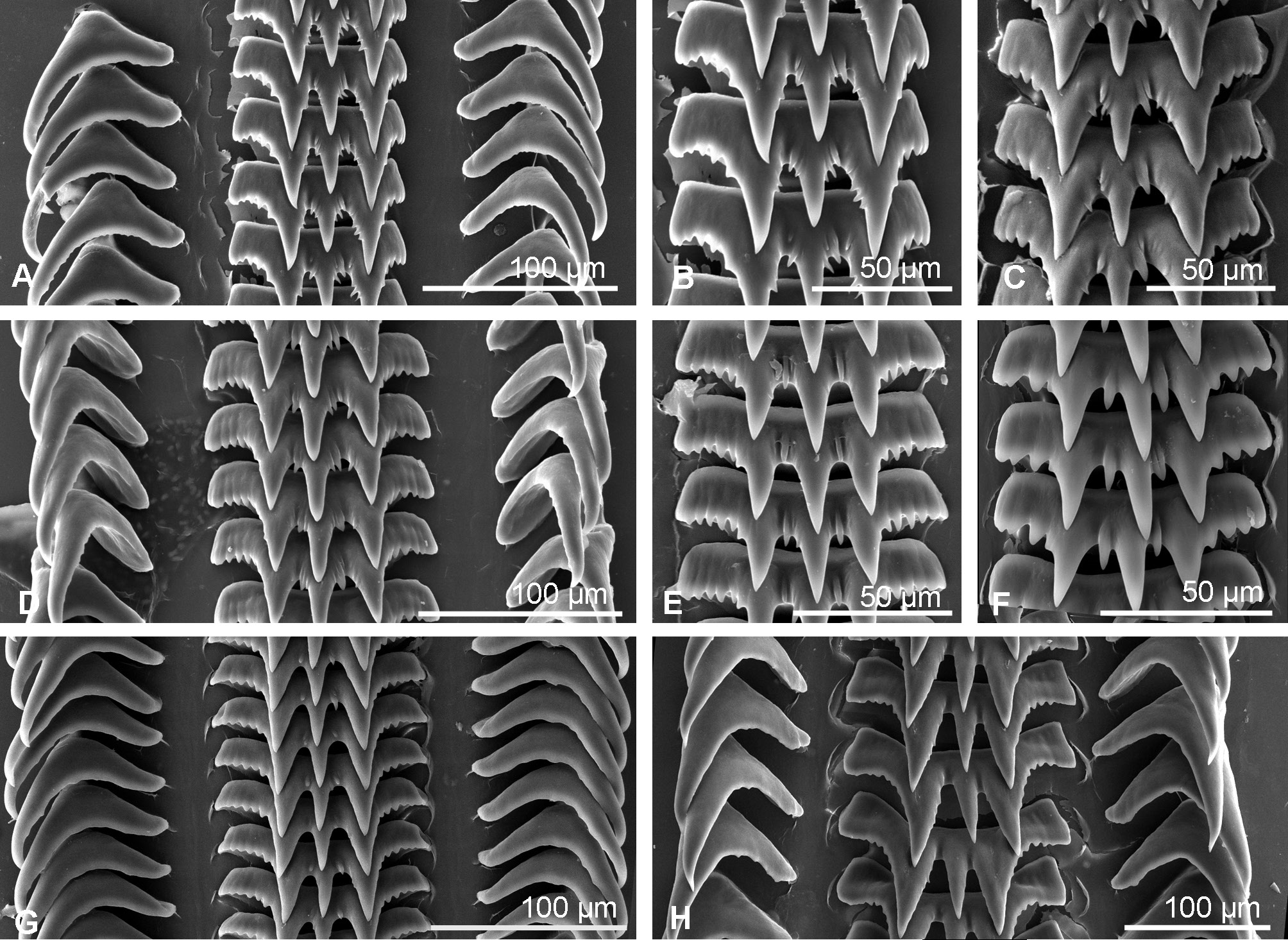 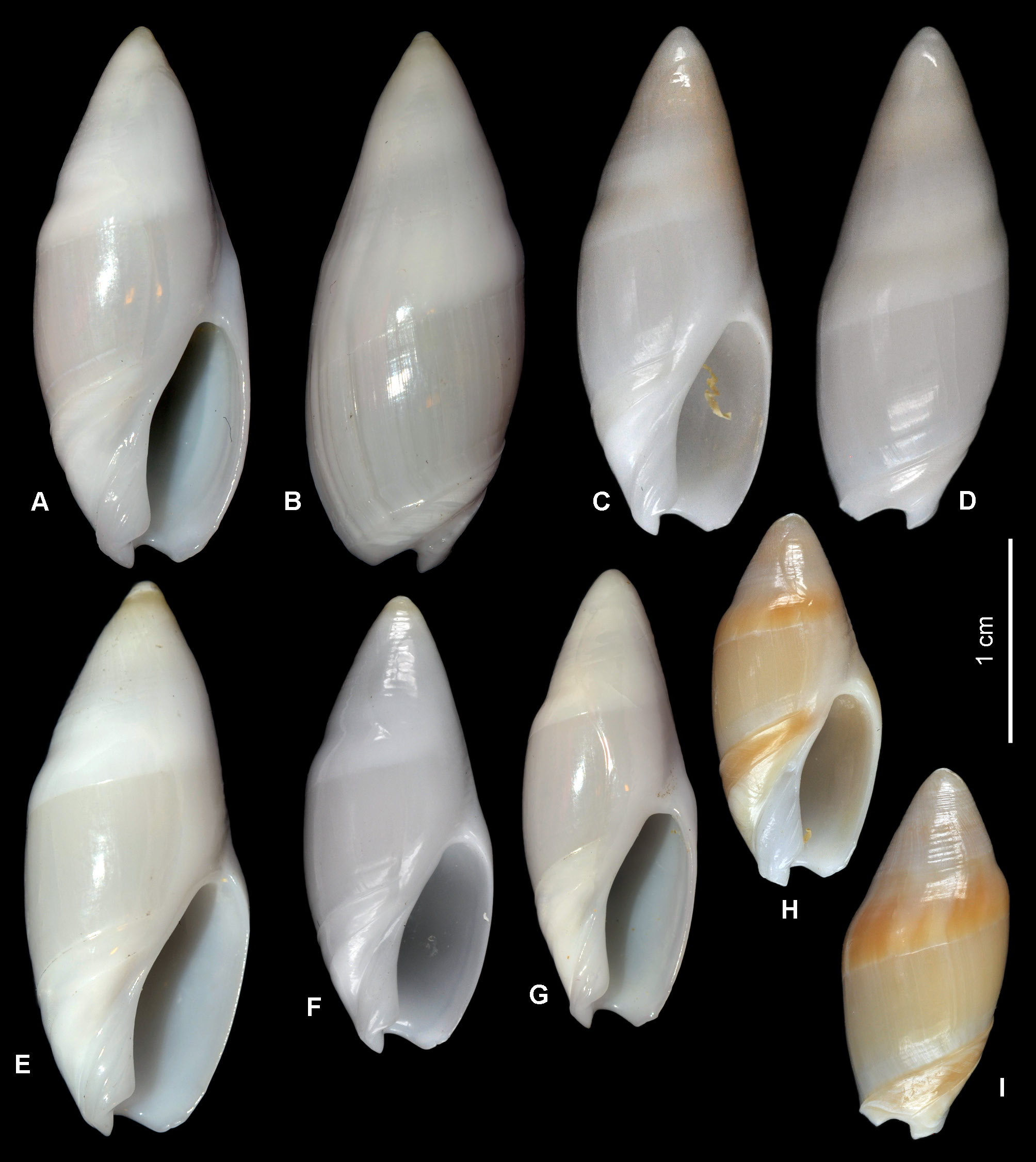