Male ( Fig. 20View FIGURE 20). Ectoproct small, with a pointed posteromedial lobe in lateral view; in dorsal view with that lobe broad, spatulated; ninth tergite rhomboidal in lateral view; medial lobe of ninth gonocoxites (tenth sternite of Kimmins 1940) is a short quadrate plate with some setae; complex of tenth gonocoxites (paramere of Kimmins 1940) has on its upper region a downwardly directed branch; basal branches are posteriorly directed and lying near each other, the basal branch is broad and the medial one is thin ( Kimmins 1940). 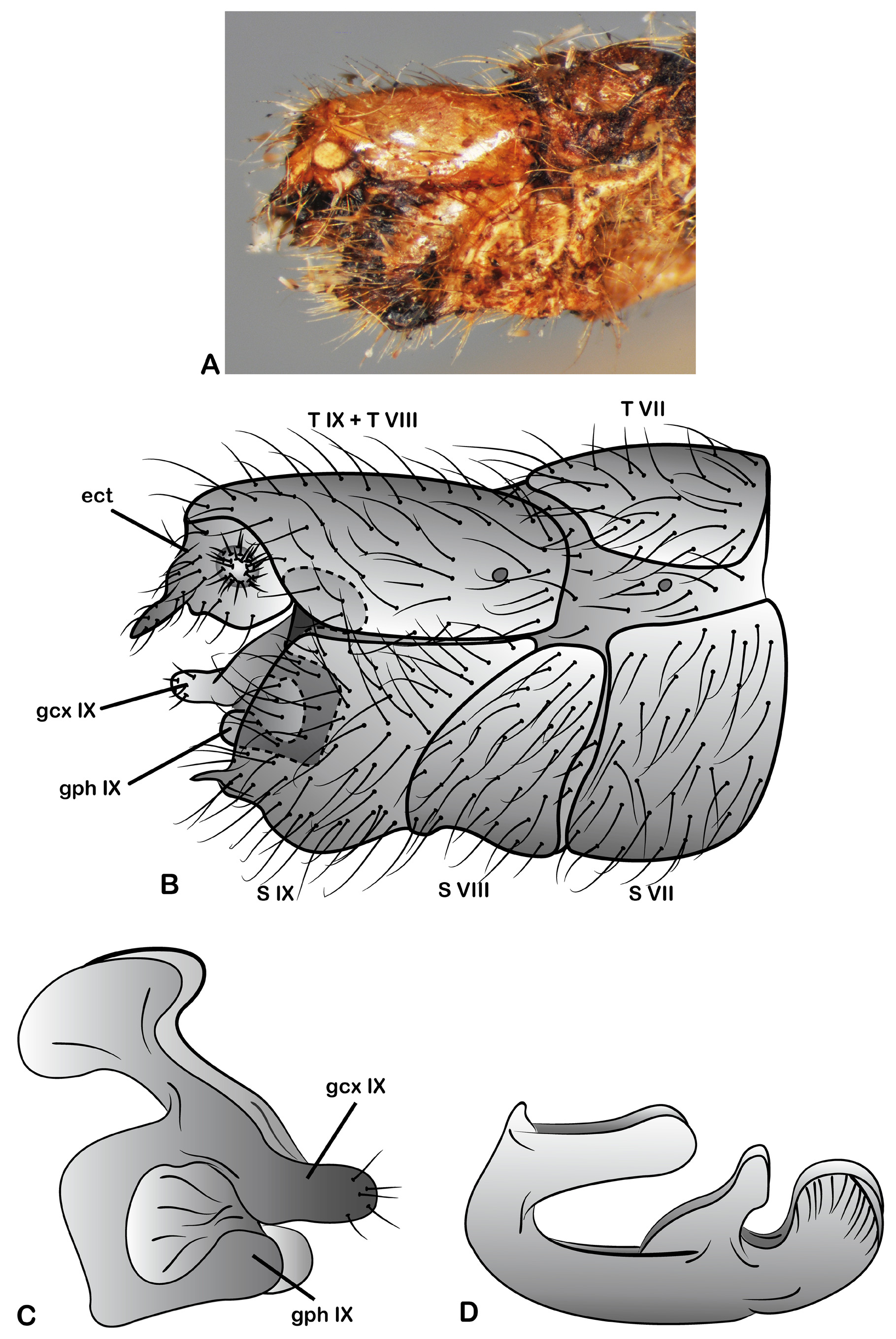