Wings ( Fig. 4View FIGURE 4 B). Wings broad (maximum width of forewing 7.15 mm, hindwing 5.85 mm) with irregular reticulation, membrane hyaline and light brown veins with some dark spots. Forewing with numerous small pale setae on the wing margin; costal field wide, narrowing near the wing apex, with 49 crossveins, none of them forked; pterostigmal area with a small pale brown spot; whitish subcostal field with some elongated brown spots; Rs forked near to wing base, with eight branches; MP forked before the midlength of wing; dark spots and nygmata absent. Hindwing with small pale setae on the wing margin; narrow costal field, with 42 crossveins, all of them simple; pterostigmal area whitish; Rs with six branches; dark spots and nygmata absent.

Abdomen. Abdomen and genitalia of holotype lost and could not be located.

Remarks. G. longicornis  is very similar to G. adspersus  , however, the holotype of this species (which is the only known specimen) is in bad condition and lacks most of its abdomen. With respect to those facts, it is very difficult to decide whether G. adspersus  and G. longicornis  are conspecific. Considering the large distance of the records between the two taxa, one in the Neartic , and one in the Neotropic region , one can hardly imagine that they are conspecific. However , there are justified doubts whether the only specimen of G. longicornis  has really been found in Georgia (in USA). The British Museum in London was in the possession of John Abbot’s collection, when Walker described the species. John Abbot was born in London on 1 June 1752, he moved to Bulloch County in Georgia (USA), where he lived until his death in December 1840. He was an entomologist and an ornithologist, and he collected a lot of insects there, which were later deposited in the British Museum. In the 19th century, it was quite usual that entomologists labelled material which they had received from elsewhere with the places where they lived. This could have happened with the holotype of G. longicornis  . Possibly J. Abbot had received the specimen from somebody who had collected it somewhere in South America  . Oswald (2013) argues that Georgia in Walker’s description is not in the USA, but somewhere in northern South America   . There is no proof of this statement; moreover, we have not found a locality named Georgia in northern South America. In our opinion, the specimen simply was wrongly labeled. 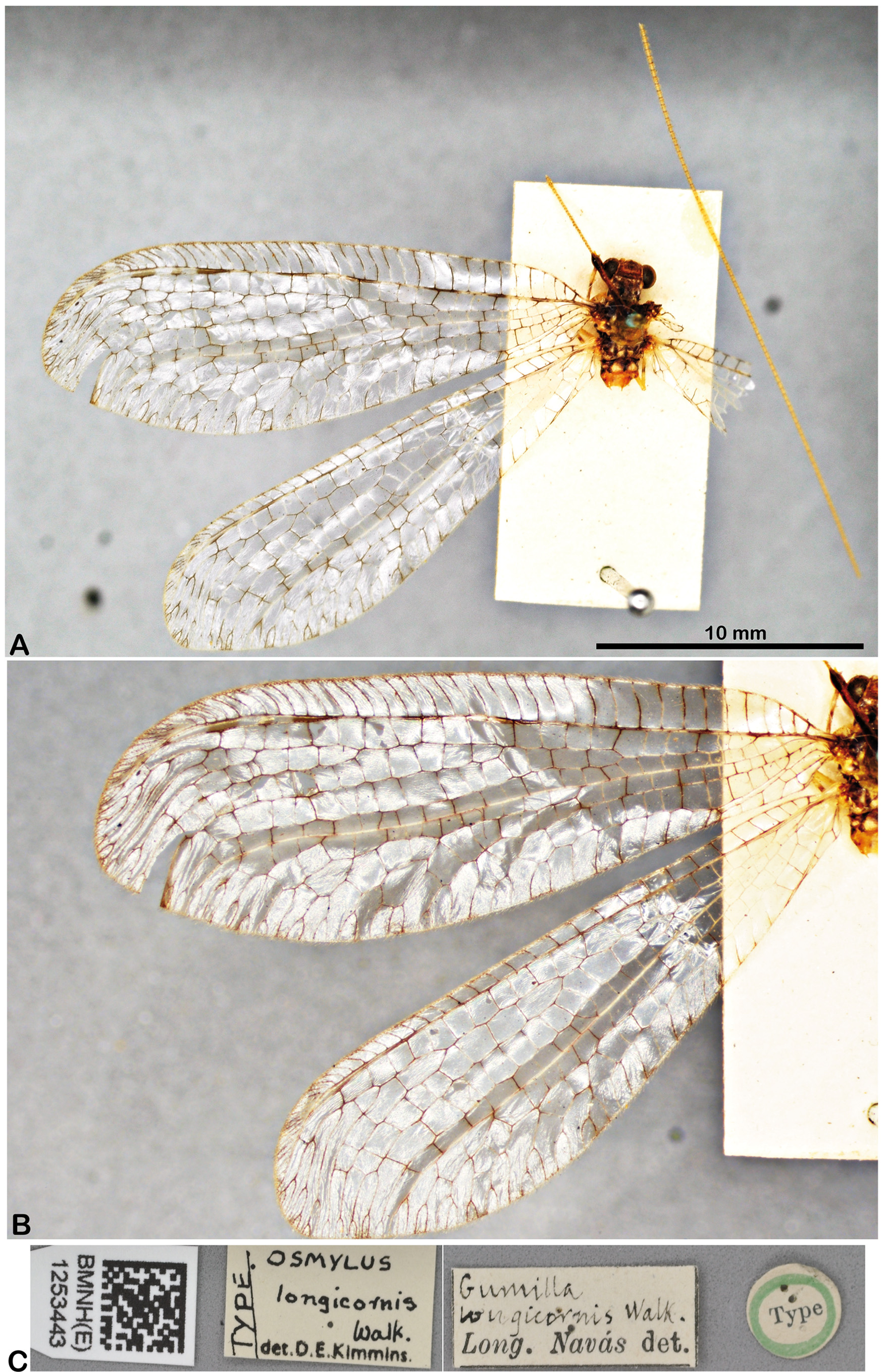