Diagnosis. Distinguished from other species of the genus by having the wing membrane of forewing with numerous and scattered amber spots, located inside cells or bordering crossveins and forks of longitudinal veins. A conspicuous brown spot between MP and 1A veins, at the level of the first fork of Rs. In both wings, pterostigma scarcely defined, greyish brown, translucend. Seventh sternite produced posteromedially and medially incised. Fused ninth gonapophyses in ventral view with apical half semitriangular, apex laterally with two pairs of short and blunt lobes, distal margin medially concave. Spermatheca ellipsoid.

Etymology. The specific epithet irroratus  is derived from the Latin irrorare = bedew, in reference to the wing pigmentation pattern of this species. An adjective (actually the perfect participle) in the masculine gender. 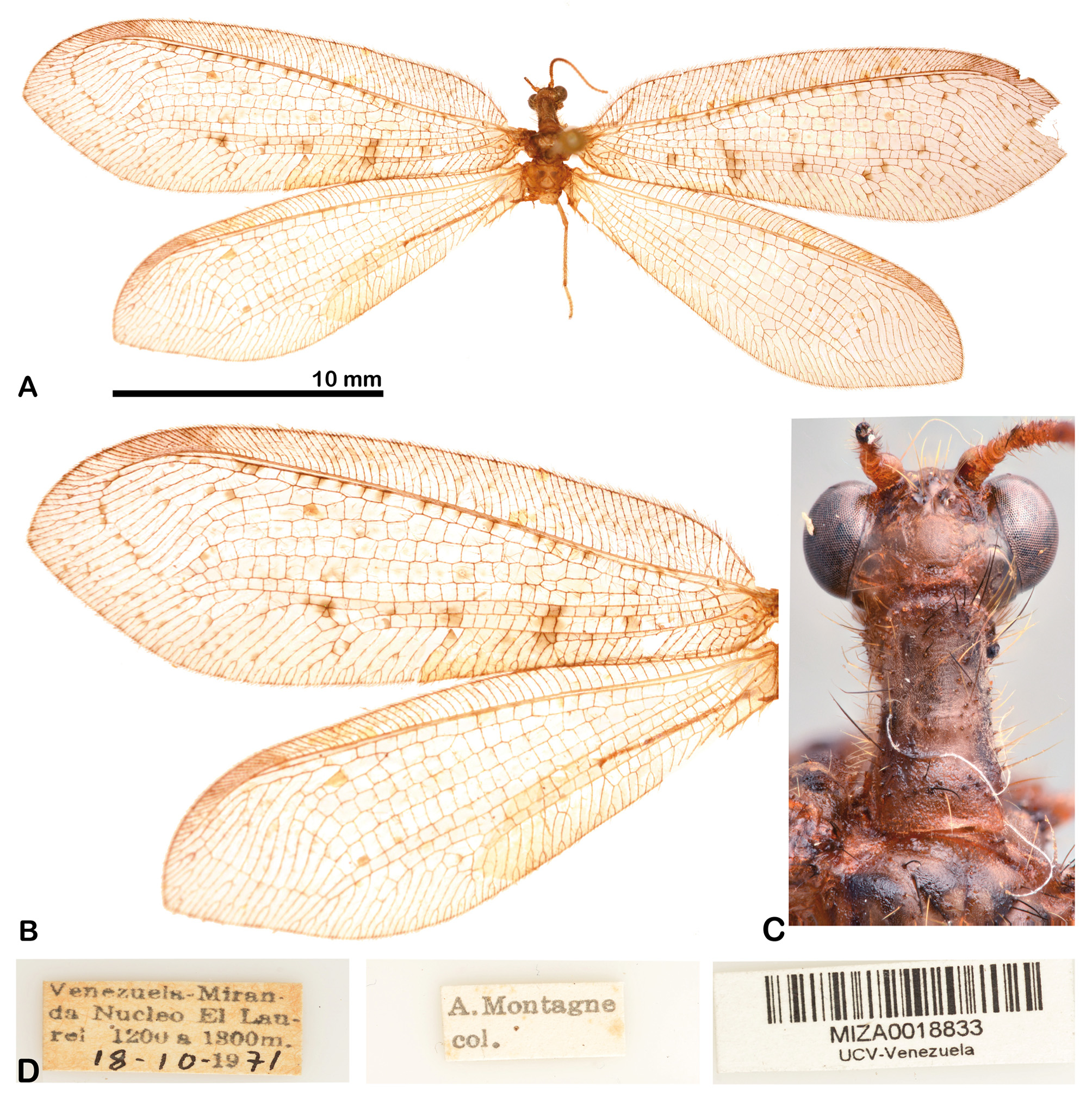 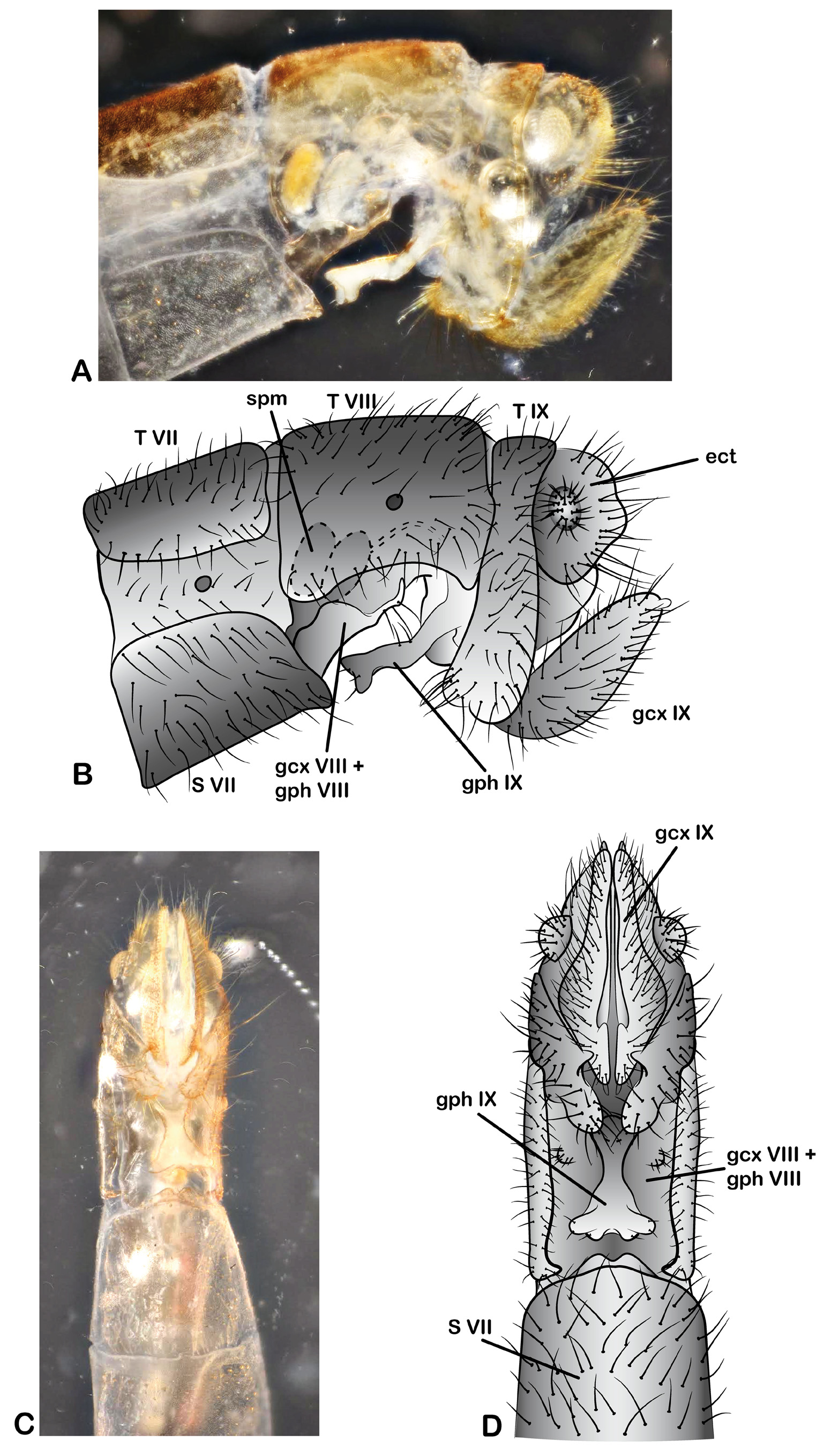 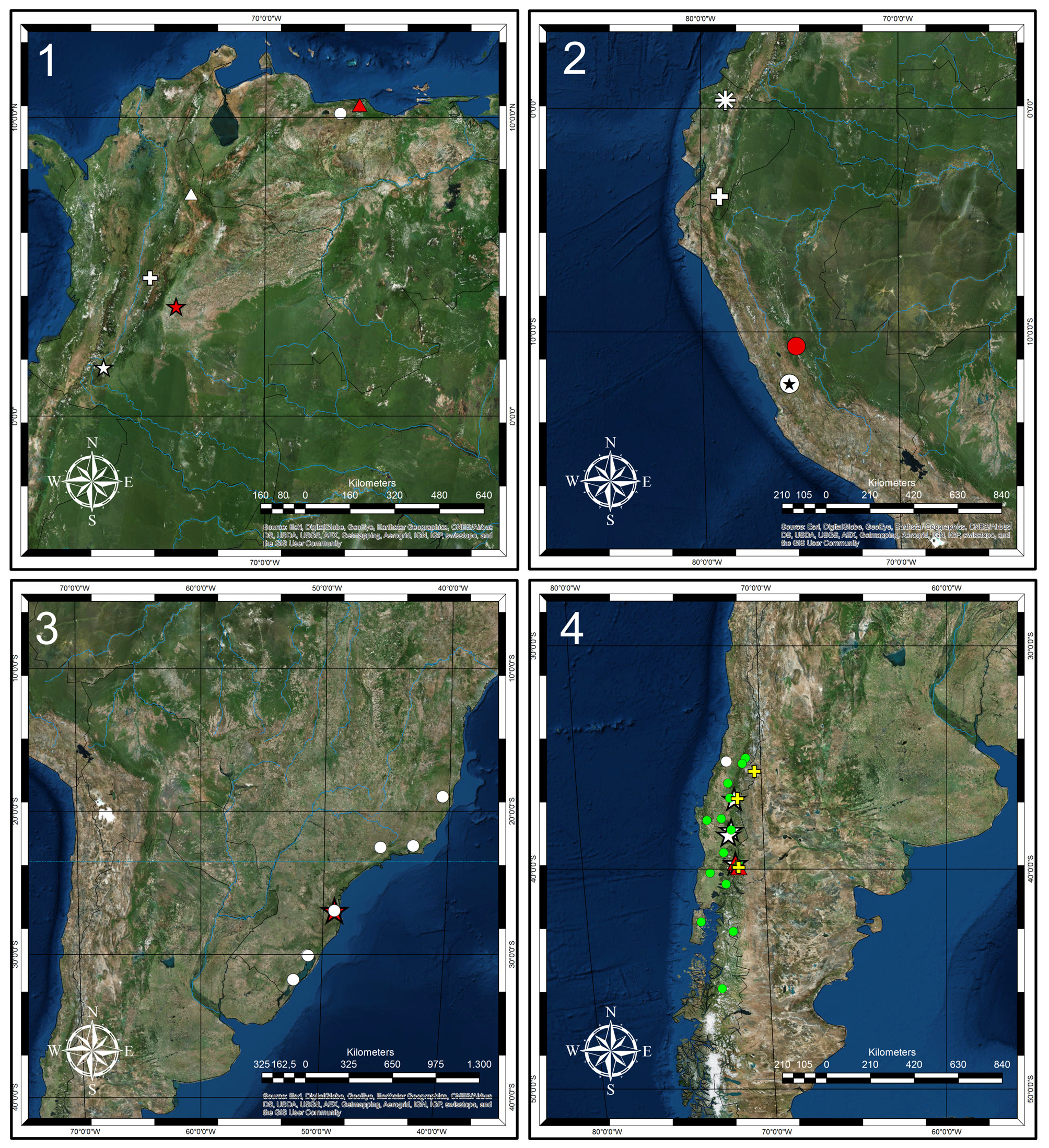