Diagnosis. The new species belongs to the genus Garra  in having the width of the crescentic anteromedian fold of the lower lip slightly wider than the width of the callous pad, the lateral end of the anteromedian fold of the lower lip reaching the anterolateral lobe of the mental adhesive disc and the presence of three rows of pharyngeal teeth. Garra magnacavus  is distinguished from congeners in having the following combination of characters: body elongate with 42 lateral-line scales, 14−16 predorsal scales, an incipient proboscis with a transverse lobe, 15−19 rounded large pits on the snout and a weakly developed non-fleshy central callous pad.

Distribution. Garra magnacavus  is known only from the type locality, the Ranga River, in the Brahmaputra basin of Lower Subansiri District in Arunachal Pradesh, India ( Fig. 4View FIGURE 4 & 5View FIGURE 5).

Etymology. The species epithet magnacavus  is derived from Latin magna meaning large, cavus meaning pit or hollow, referring to the large pits present in the snout. It is here used as a noun in apposition. 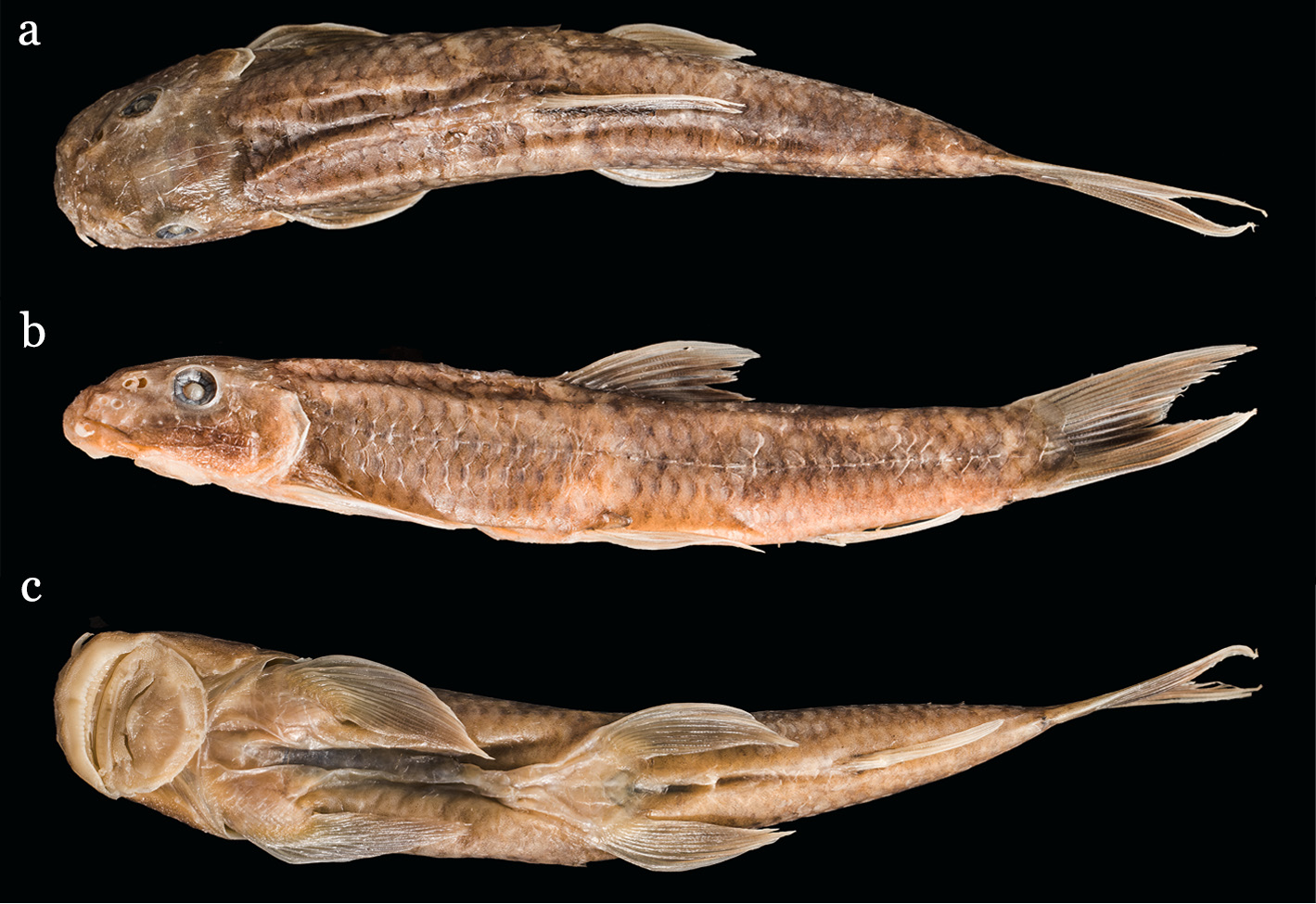