We found the three specimens of C. nola   near Manu National Park during a rainy night in a disturbed submontane forest at the foothills of the Andes. We observed males perched on green leaves of vegetation alongside a stream at night between 19:00–22:00 hrs. Cochranella nola   was recorded in sympatry with the glassfrogs Hyalinobatrachium bergeri   and Rulyrana spiculata   , the toad Rhinella margaritifera   , and the treefrogs Boana gladiator   and Osteocephalus mimeticus   .

Our new record confirms the presence of C. nola   in the upper Madre de Dios River ( Villacampa et al. 2016), in the vicinity of Manu National Park. Although there are no records from within the protected area, given the occurrence in two regions adjacent to its limit, it is very likely the species occurs within Manu NP as well. Our record is also the first for Department Cusco in Peru; the species is now known to occur in three Departments in southern Peru (Cusco, Madre de Dios, and Puno). The agreement between molecular and morphological data suggest that diagnostic external characters are conserved through the distribution range of C. nola   in the Andean foothills from central Bolivia to southern Peru. Therefore, researchers can use external morphological characters to identify C. nola   in the field, facilitating further work aimed at assessing the distribution and conservation status of populations of C. nola   in Peru and Bolivia. The species is currently listed as Near Threatened in the IUCN Red List ( Cortez et al. 2004). 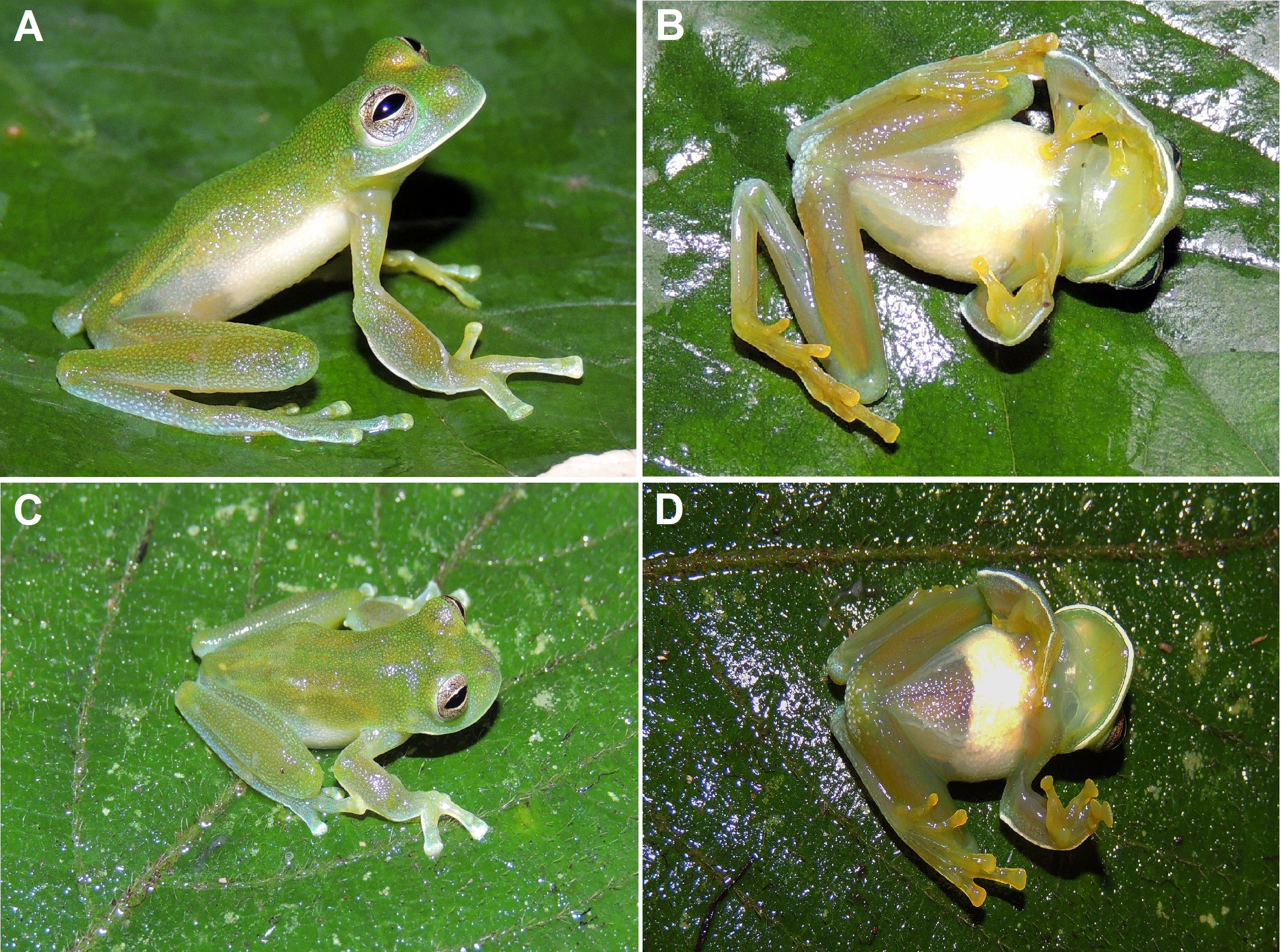