The coloration patterns, overall appearance, and measurements ( Table 4) of the specimens we collected from El Sira, Tingo Maria National Park , and other locations in the Huanuco Department ( Fig. 1 View FIGURE 1 ) resembled those of the type series of Rulyrana spiculata   from the Kosñipata Valley of Cusco Department and of specimens that we observed and collected at the type locality on multiple occasions ( Catenazzi et al. 2011, 2013). The main source of variation we observed was the distinctly wider dorsal color pattern range in specimens from Huanuco varying from pale green ( CORBIDI 14406, Figure 6 View FIGURE 6 A-B) to greenish brown ( CORBIDI 14409, Figure 6 View FIGURE 6 C-D), in contrast to the green or dark green coloration of type and topotype specimens ( Duellman 1976; Catenazzi et al. 2011, 2013), as well as Bolivian material ( Harvey and Noonan 2005). A trait not included in the original description of R. spiculata   , but later reported for specimens from La Paz Department, Bolivia identified as Rulyrana spiculata ( Harvey & Noonan 2005)   , is the presence of a pair of enlarged round glandular tubercles below the venter. Our examination of specimens from El Sira Community Reserve ( CORBIDI 14406, 14409, Fig. 6 View FIGURE 6 ) and of CORBIDI 19185 from the type locality ( Fig. 6 E, F View FIGURE 6 ) confirms the presence of these tubercles. Additionally, specimens from El Sira Community Reserve seem to have longer heads and larger eyes ( Table 4), but the small sample size prevents us from performing statistical comparisons. Despite these variations, diagnostic characters of the species do not overlap with those of other species of the genus, ensuring field identifications through morphological traits. However, we still compared our morphological identifications with those provided by genetic analyses   .

We obtained DNA sequences from CORBIDI 13906, 14409, 144010, 15431 and 16572 from Huanuco and from a male ( CORBIDI 19185) from the type locality. The uncorrected genetic distances for 16S between the topotype individual and specimens from Huanuco support our identifications ( Table 5). All specimens we sequenced from El Sira (range 0.2–1.29 %), Tingo Maria National Park (1.29%), and the Agua Nueva Community (1.29%) were similar to the sequence we obtained from CORBIDI 19185. Furthermore, we confirmed the identification of MHNSM 24867 from Vista Alegre, Provincia Satipo, in the Junin Department as R. spiculata ( Guayasamin et al. 2008)   , albeit the sequence available ( EU663022 View Materials ) seems to be of low quality due to the presence of indels not seen in any other sequenced specimen of Rulyrana   . We can also confirm that R. spiculata   occurs in Bolivia because the 16S sequence of specimen CBG 806 from Boquerón , La Paz Department closely matches the 16S sequence of CORBIDI 19185 from the type locality (only three nucleotide substitutions within a 550 bp sequence)   .

We found Rulyrana spiculata in El Sira Community Reserve   ( CORBIDI 13906, 14406–11) at night along streams in the foothill primary forest. We found several males calling between 19:00–21:00 hours from leaves of riparian vegetation at the end of the wet season. We did not find egg masses or females. The fast-flowing stream had clear water, and the riparian vegetation consisted mainly of bushes, tall herbs, Heliconia   sp., and some trees 25–30 meters high. We examined several epiphytic bromeliads, which did not contain amphibians. Sympatric amphibians included Hyloscirtus cf. phyllognathus   along the same stream, and Allobates   sp., Ameerega petersii   , and Pristimantis iiap   in the nearby forest. We also recorded species of snakes, which may prey on R. spiculata   , such as Leptodeira annulata   and Chironius fuscus   ( Cantor and Pizzatto 2008, Muscat et al. 2017). Specimens from Tingo Maria National Park ( CORBIDI 15431) and Agua Nueva Local Community ( CORBIDI 16518, 16572), both in the Huallaga River basin, inhabited secondary montane forest. The males we found were perched on leaves at 1–2 meters above the stream between 19:00-22:00 hours. The riparian vegetation consisted of bushes and tall herbs ( Heliconia   sp.), and we also found males of Hyloscirtus cf. phyllognathus   along the same stream.

H. mondolfii   prior to hatching, same locality as above, showing the characteristic pink coloration.

Our records extend the known distribution of Rulyrana spiculata   ~ 195 km to the northeast ( Fig. 1 View FIGURE 1 ) and represent the farthest known populations from the type locality (~ 595 km by airline). The farthest Bolivian locality is 521 km by airline south of the type locality ( Harvey & Noonan 2005). The type locality is in the upper Madre de Dios watershed, whereas other Peruvian localities to the north, such as the Perené Valley ( Cannatella and Duellman 1982) and El Sira Community Reserve (this study) are within the Ucayali watershed, and Bolivian localities to the south are part of the upper Beni watershed. The occurrence of R. spiculata   in three large watersheds (along> 1000 km by airline from north to south) suggests the species may be widely distributed in the eastern slopes of the Andes of Peru   and northern Bolivia.

The IUCN Red List considered R. spiculata   as endemic to Peru with a distribution extended from south to central regions of the country and also is listed as Near Threatened ( Rodríguez et al. 2004). We recommend updating the distribution range to include our newly confirmed localities and to add Bolivia as a country of occurrence. In spite of the new records which put in evidence a wider but fragmented occurrence, the species is known to have been locally extirpated at localities where chytrid-driven declines have occurred ( Catenazzi et al. 2011, 2014), thus we recommend further revision of material deposited in collections which could reveal new localities, as well as monitoring of existing populations to confirm species persistence, particularly at sites in the cloud forest known to have being affected by chytrid epizootics. Therefore, we consider at the moment there is not enough data to allow us to update its IUCN red list category. 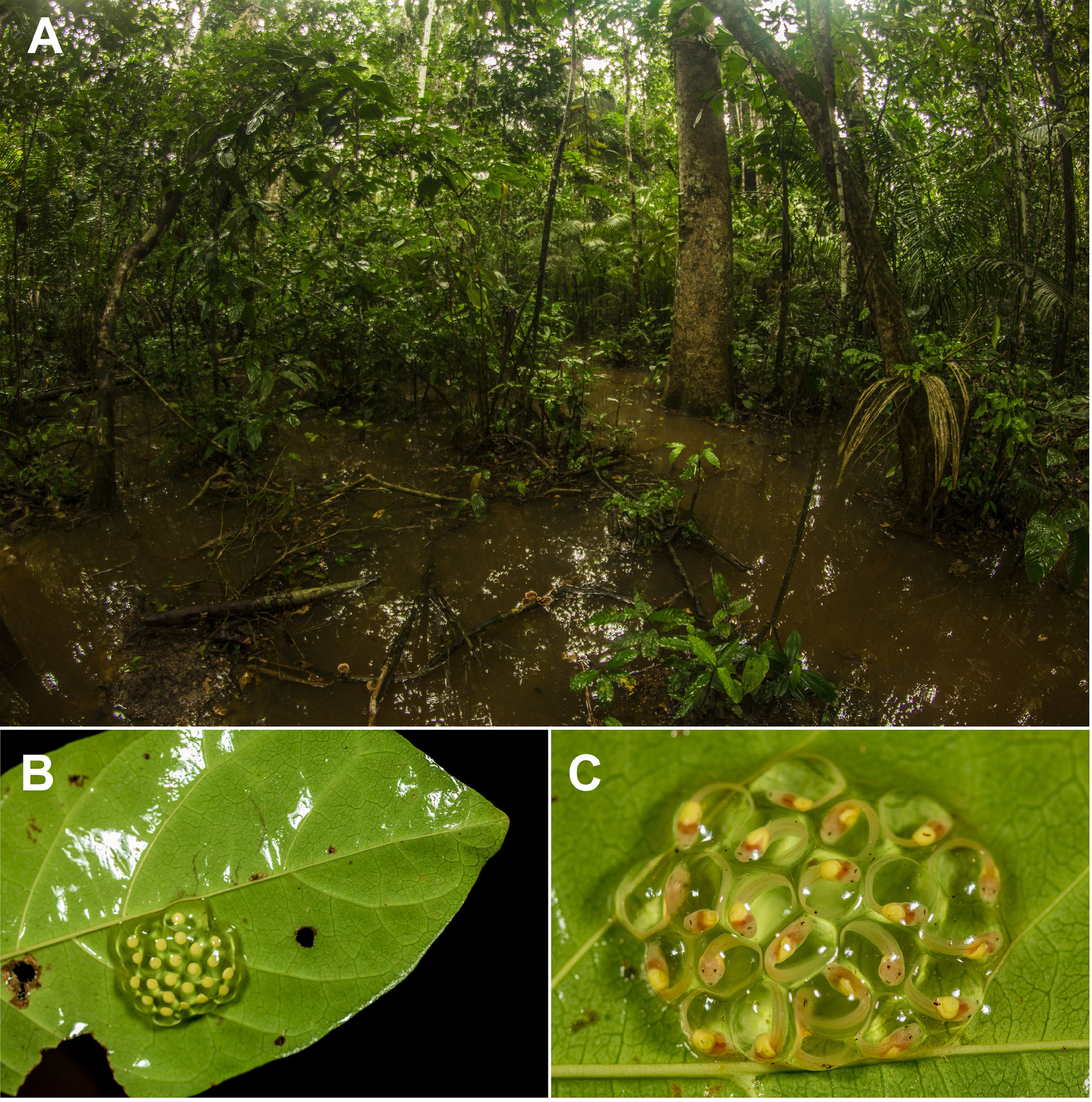 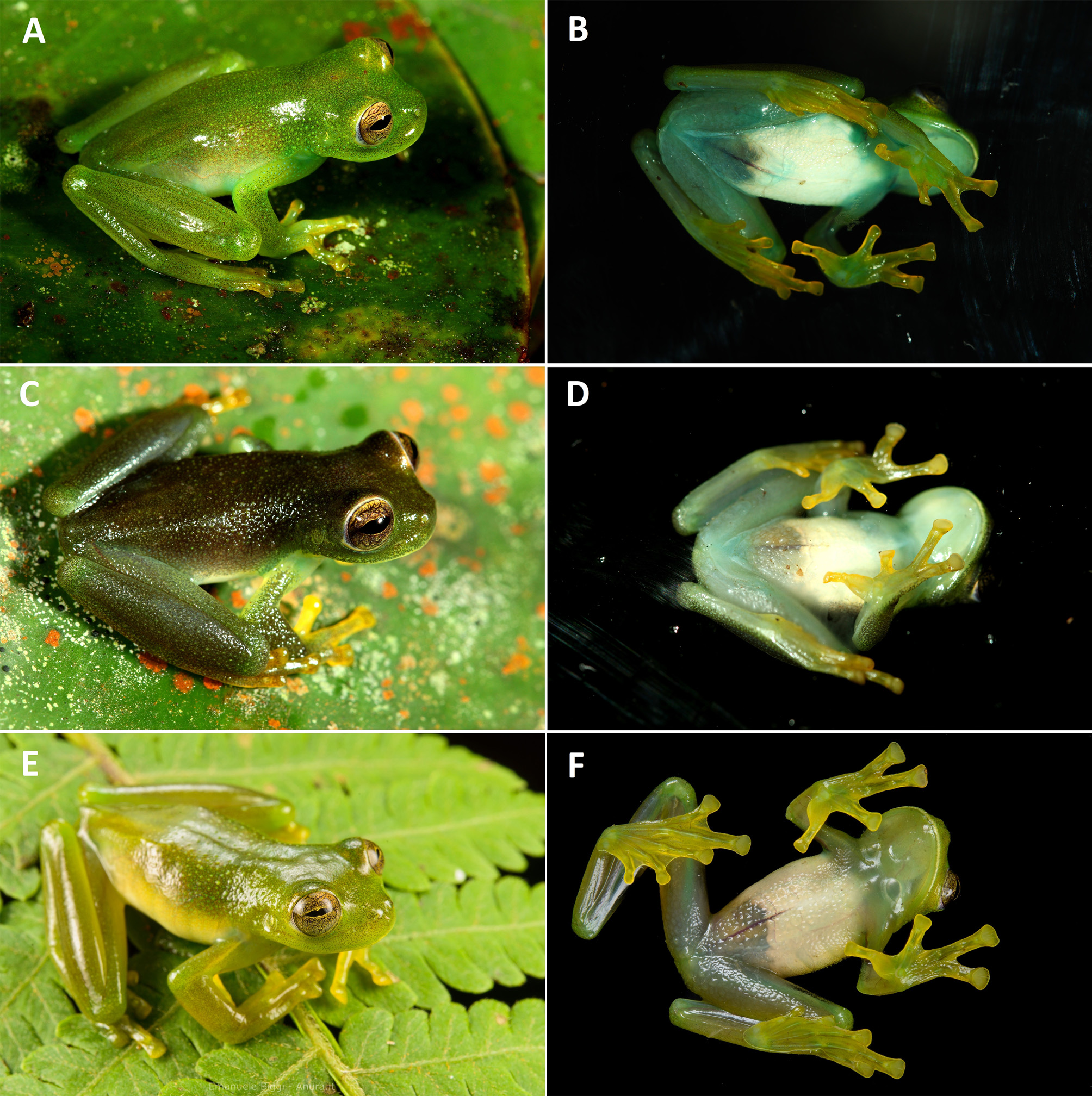