The species was named after the late J.L. Gressitt, who collected all the specimens examined.

Pronotum: posterior margin almost twice as long as anterior margin, 1.6–2.0× as wide as long and 1.3–1.4× as long as head width; collar distinct; calli shallow, but distinctly delimited posteriorly, not fused with each other ( Figure 2B View Figure 2 ).

We did not have material of Stenotus   to compare the three New Guinean species described by Poppius (1915) with those from Australia. However, according to the descriptions given by Poppius, the species from New Guinea can be readily separated by coloration and structure of the head. He described S. brevicollis   and S. bivittatus   from single females and S. clypealis Poppius, 1915   from a single male. Stenotus clypealis   , according to Poppius, is generally darker with brownish black longitudinal stripe on each side of pronotum and with a black clypeus, brownish black pronotum and reddish brown membrane. Additionally, antennal segment I in S. clypealis   almost as long as the head width. The Australian species, S. gressitti   and S. witchelina   , in contrast, have a different colour pattern (see descriptions), and antennal segment I is only half as long as head width (see Table 1). Stenotus bivittatus   can also be separated by the colour pattern, as it has a reddish brown stripe on each side of the head, pronotum, and hemelytra; also the eye in the female is one-half as long as vertex width, whereas in both S. gressitti   and S. witchelina   there are no stripes on the dorsum and the eye is 0.6–0.8× as long as vertex width. Stenotus brevicollis   is generally pale with reddish tinge only on the clavus and can be similar to S. witchelina   in this respect. However, the female of this species has a very wide vertex which is 2.5× as long as the eye width; whereas it is much narrower in S. gressitti   and S. witchelina   (see Table 1). 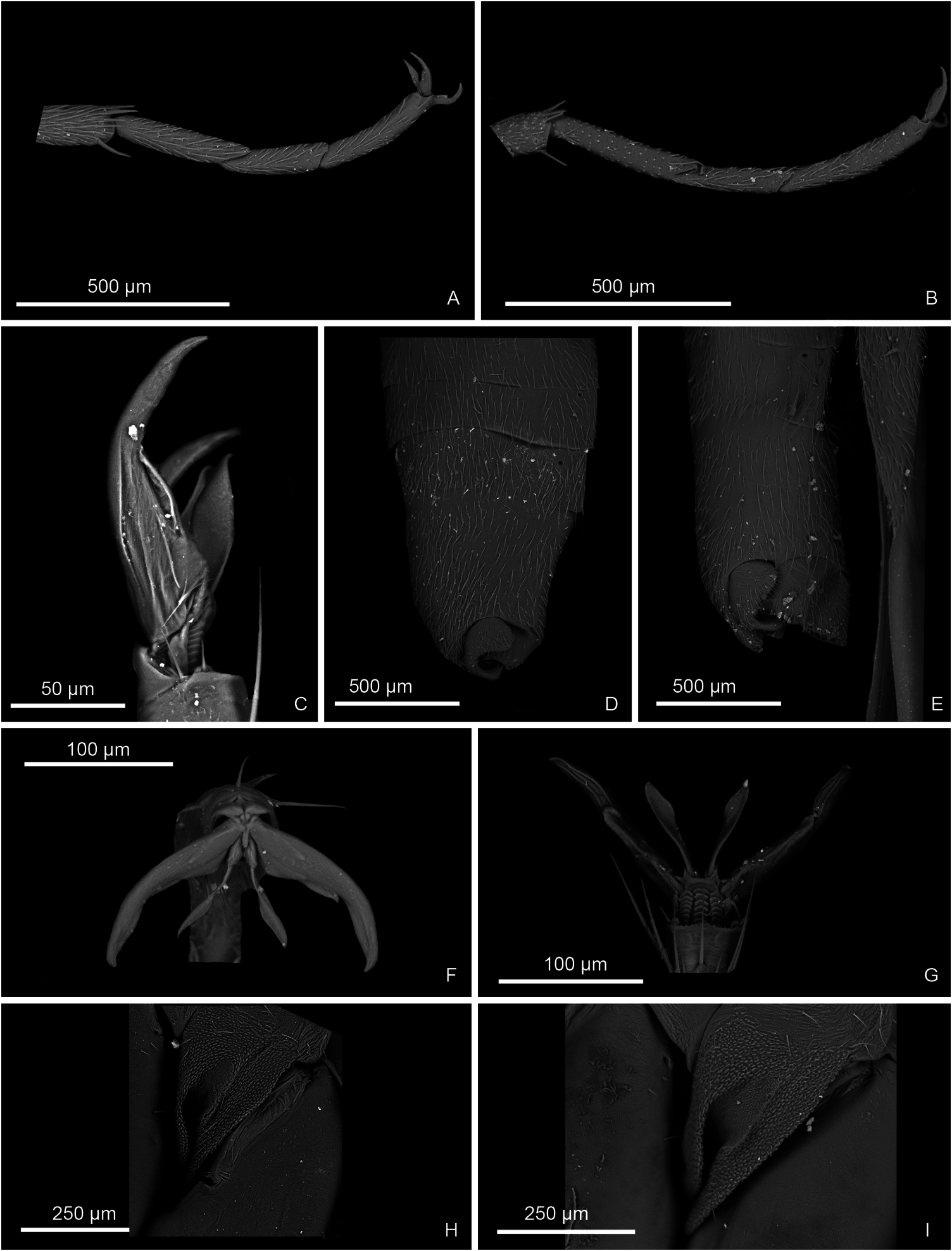