Notionotus rosalesi can be distinguished by the wide brown band in the anterior third of the elytra, as well as, the unique shape of the genitalia, having many accessories at the base of the parameres, the apex of the parameres membranous and lanceolate.

Originally described from the Venezuelan states of Aragua and Barinas ( Spangler 1972), it was later reported from the states of Trujillo and Falcón ( García 2000). Here we report it for the first time from Trinidad (Fig. 14 View Figure 14 ).

Although specific habitat information is limited, all specimens were collected in association with streams. Spangler (1972) characterized this species as a hygropetric specialist, although not all specimens known at that time were from seepages (the others were from a stream pool that "was in the bedrock and the bottom was covered with rotting leaves").

Diagnosis. The species of Notionotus peruensis group can be diagnosed by the dorsal coloration completely yellow, the elevation of the mesoventrite with one transverse and one longitudinal (e.g., Fig. 10B View Figure 10 ), and by the shape of the genitalia (Fig. 9F View Figure 9 ). 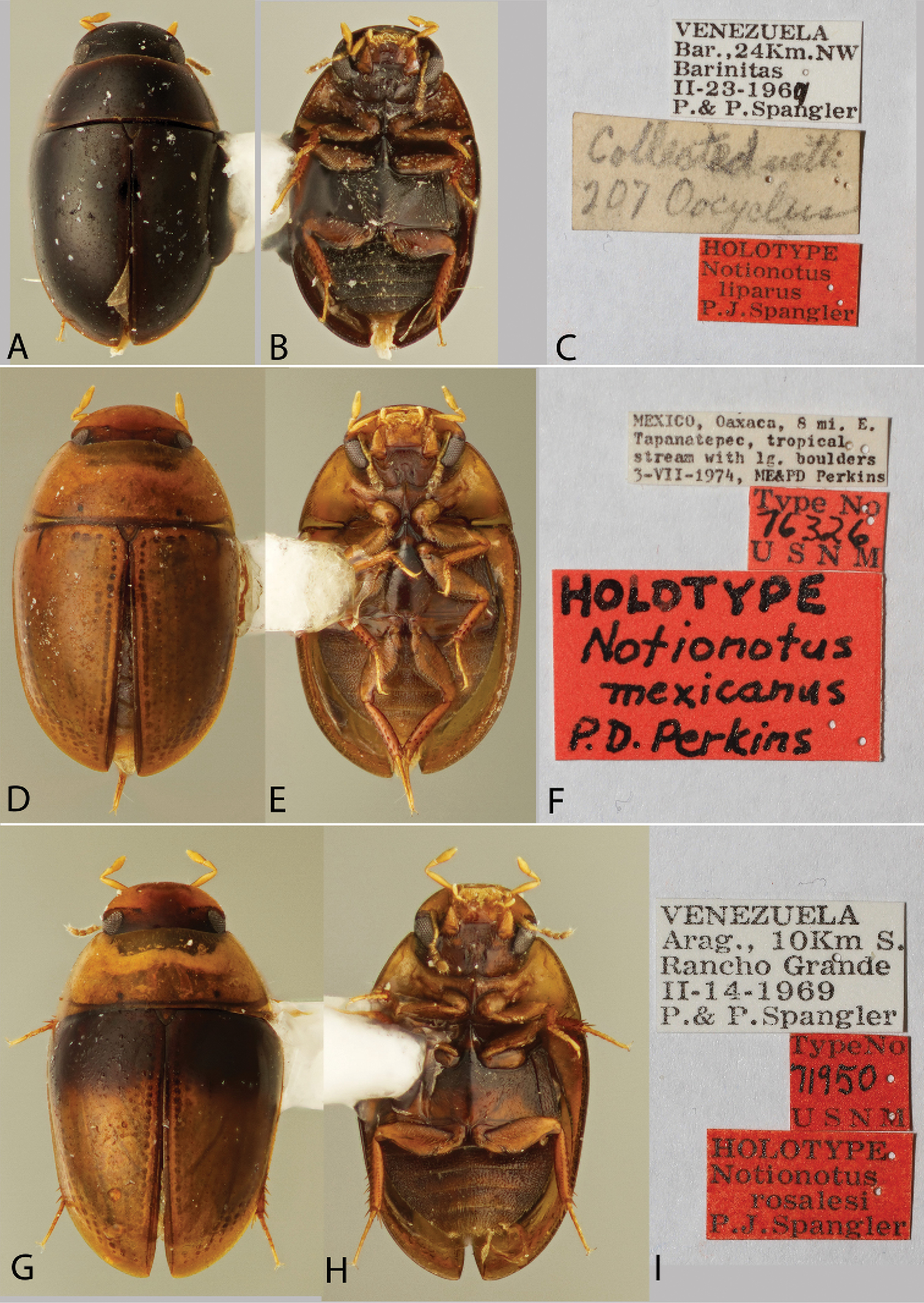 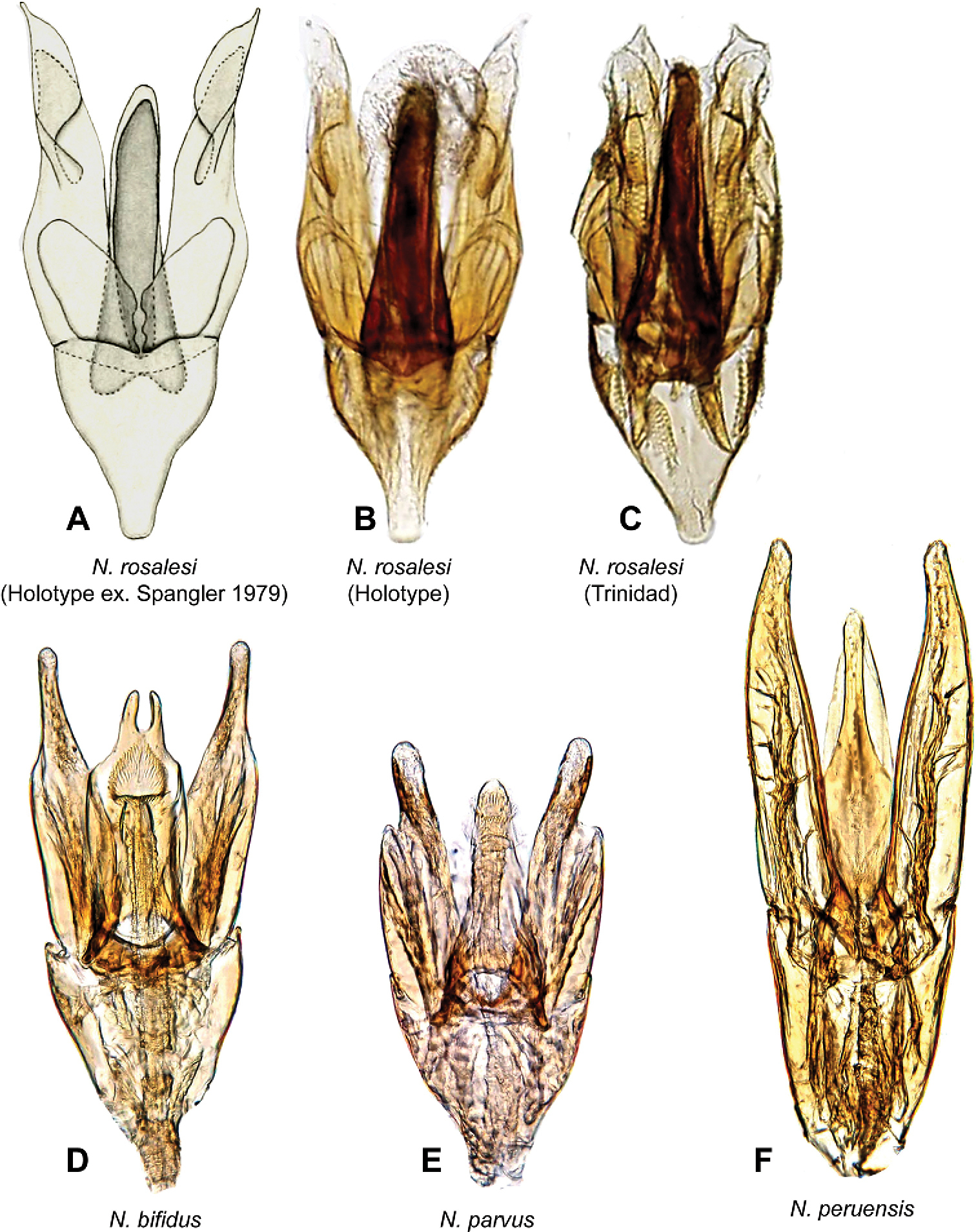 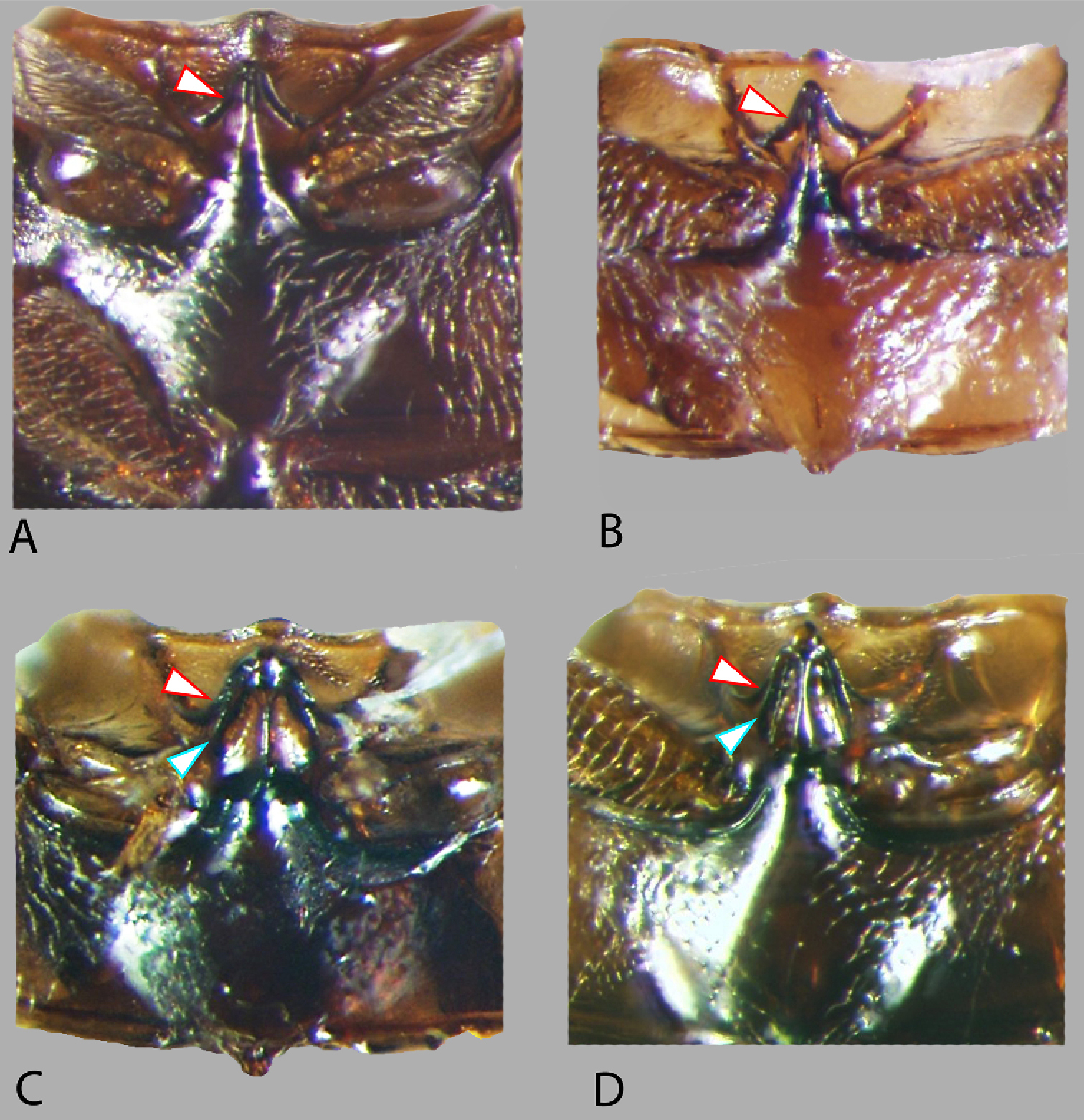 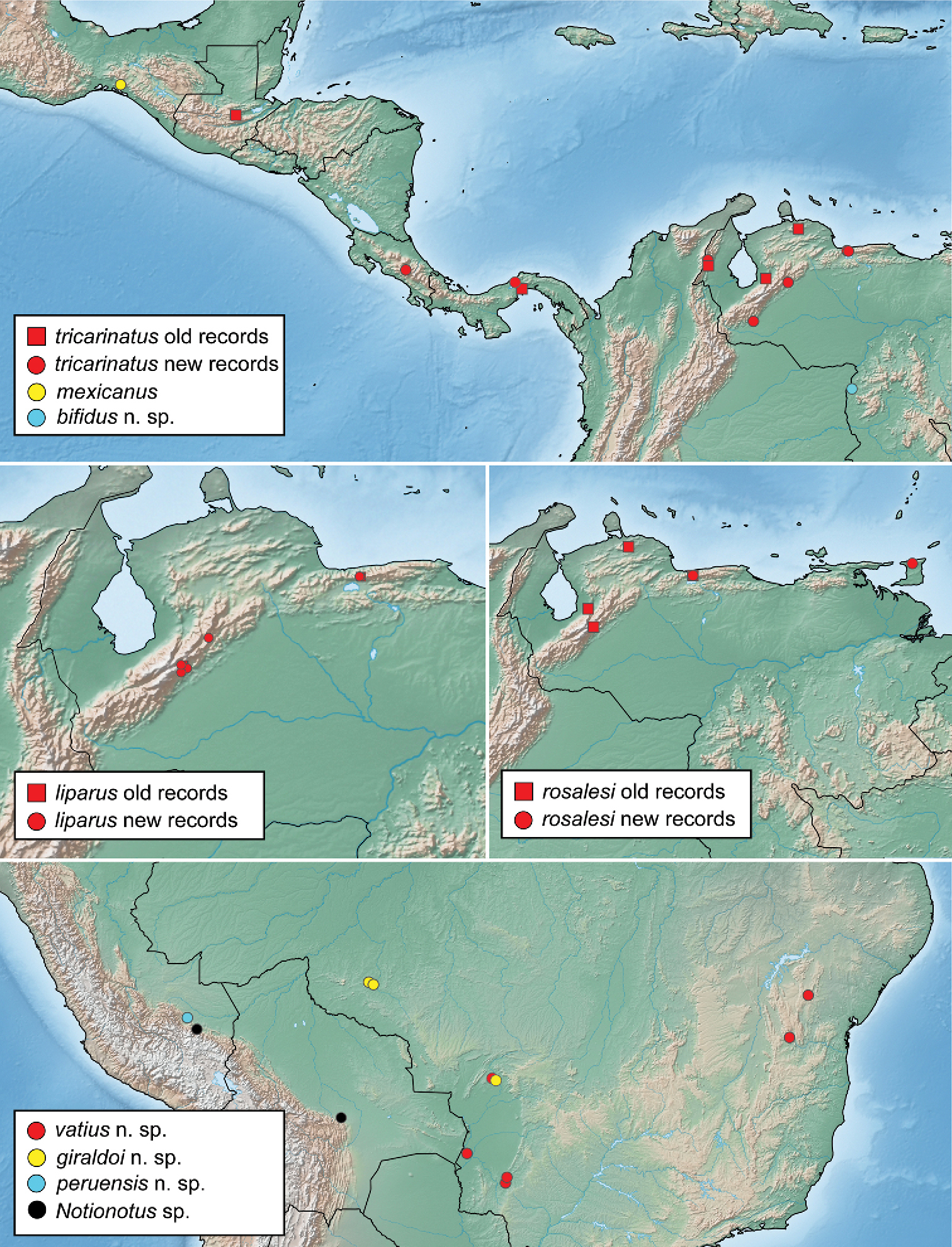