Comments. The structure of this new species is closely similar to that described for S. divisae Bhatti (1982)   , based on a single female from Sibpore, West Bengal. However, the presence of sternal pore plates in the female of this new species is unusual, and the illustration of S. divisae   indicates that the craspedal teeth on tergite VI are more distinct from each other than in bambusicola   . Possibly also related is S. bambusae (Shumsher)   although that was described as having a much paler body. The type material of neither divisae   nor bambusae   is available, but Bhatti (1982) interpreted S. bambusae   based on several specimens from bamboo in India   and illustrated the head as having postocular setal pair III longer than pair I. Specimens labelled as bambusae   by Ananthakrishnan in the Natural History Museum, London, collected from bamboo in Orissa, have only two or three tergal marginal teeth these being close to the lateral margin of the tergite and translucent. The Stenchaetothrips   species associated with bamboo across Southeast Asia into northern Australia thus need further study. In the Philippines, a further species is described from bamboo, S. spinalis   , but that has a slender spinula on the mesofurca, postocular setae IV are longer than antennal segment II, the tergites lack marginal teeth laterally, and the sternites of females have no pore plates. 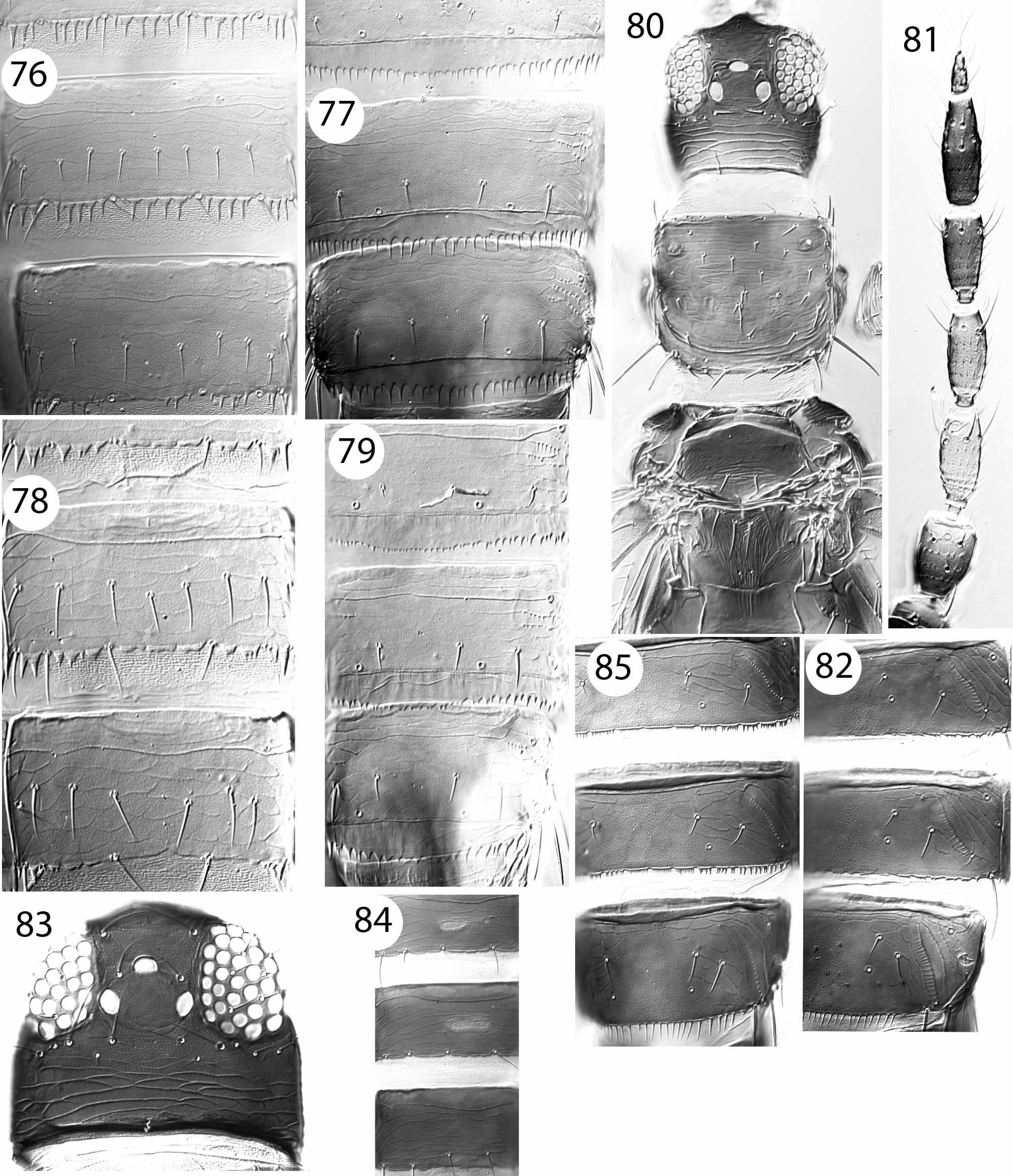