This species, together with the indicated synonyms, was placed by Mound & Houston (1987) in the genus Bolacothrips   , but this is clearly incorrect as the tergites lack any ctenidia, and ocellar setae pair I are present. The species was described from a single female collected at Wynnum in northern Brisbane, and that specimen was described as having all the antennal segments missing beyond segment II. On tergite IX, the median marginal setae are shorter than the lateral pair, and the median dorsal setae are slightly stouter with their apices just extending to the posterior margin of the tergite. The single female from which formosus   was described was collected at Taringa, Brisbane, and cannot at present be distinguished from the australiensis   holotype. The synonymic species, P. aureus   , was described from a single female collected on Mt Coot-tha, Brisbane, but this specimen lacks wings and all of the major setae, and the head is crushed and distorted. A. australiensis   is possibly a complex of species, in which females differ very little in structure from each other. The processes on the posterior margin of tergite IX of males vary slightly in structure between samples, and females from near Broome, Western Australia, are variable in the length and stoutness of the tergite IX mid-dorsal setae. Specimens that can confidently be considered A. australiensis   have been studied only from eastern Australia, including northern New South Wales, the Brisbane area of Queensland, and central Northern Territory near Alice Springs. 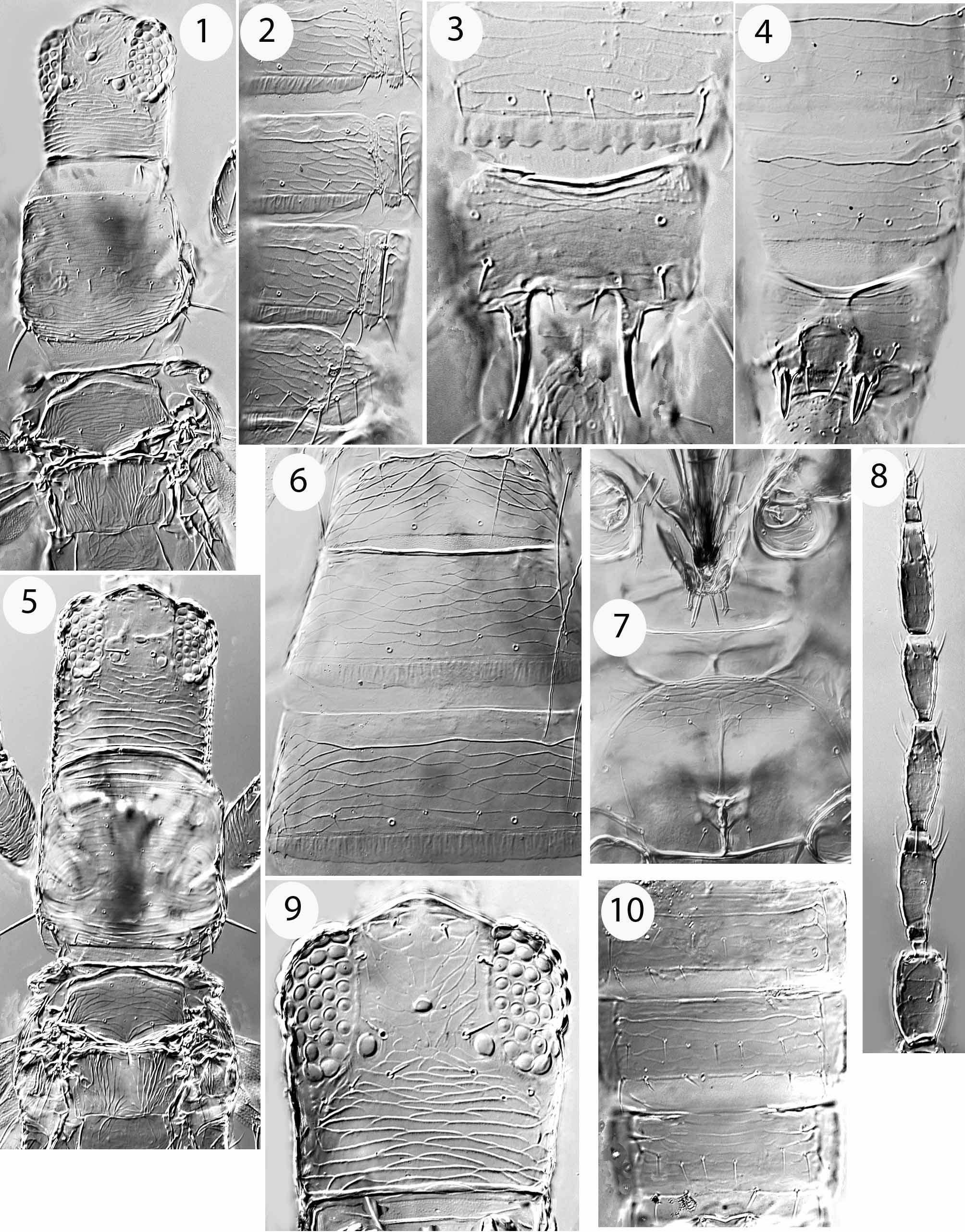